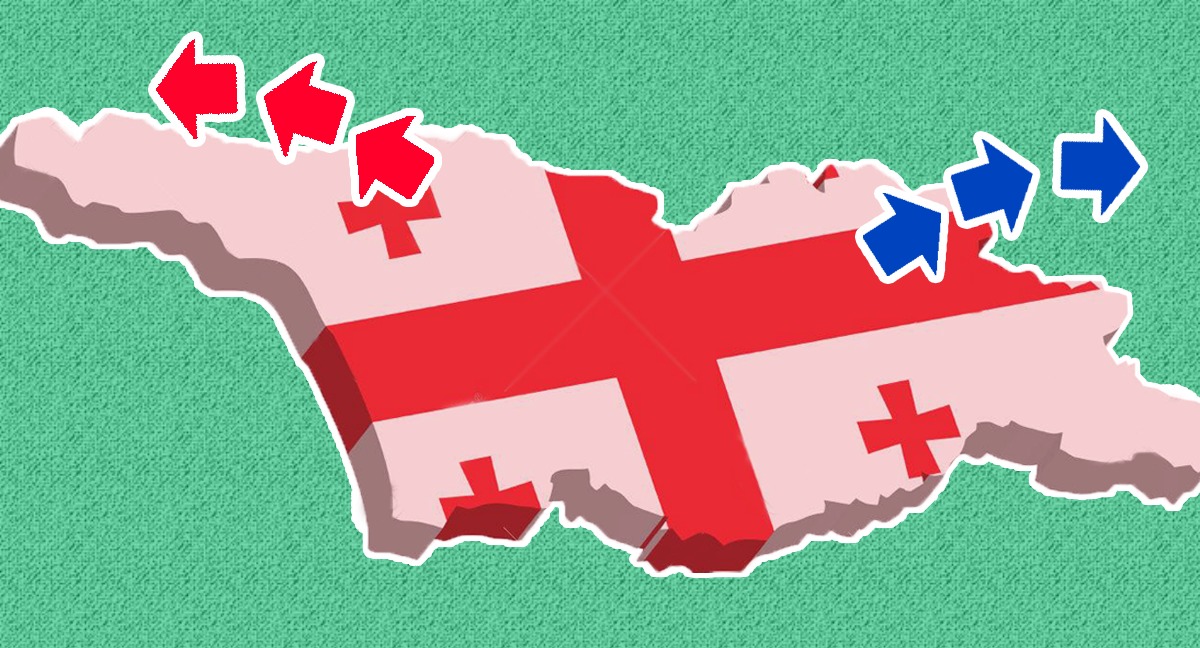 While a large number of Georgians think the country is going in the wrong direction, the fact that they are judging the country’s performance based on issues rather than political partisanship alone is a good sign.

While a first look suggests a less than rosy picture, the data do hide some positive news. People, at least in part, appear to judge direction based on policy performance rather than only whether their preferred party is in power, something that has inhibited the development of a stable political and party system in Georgia.

Yet, a statistical analysis that includes people’s assessments of specific policies and party preferences shows a strong link with how people perceive the direction of the country. People who negatively assess a specific issue are two to three times more likely to assess the country’s general direction negatively. Of 16 issues asked about on the survey, the only exception was inflation, where a negative assessment influences perceptions of the country’s general direction relatively little, all else equal.

Surely, some issues are more important for people than others, jobs being at the top of the list in Georgia. In contrast, freedom of speech was close to the bottom at the time of the survey, with only 2% naming it as an issue of national importance in the same survey wave.

Attitudes towards political parties are also associated with assessments of the country’s general direction. On the survey, people were asked whether there was a party they would never vote for, a question used to measure negative partisanship.

While people’s partisanship matters, so do their assessments of particular issues. Both predict whether or not someone thinks the country is headed in the right or wrong direction, controlling for the other factors.

The chart showing assessments regarding each of the 16 issues by negative attitudes towards the two largest parties illustrates the point. Whether people dislike Georgian Dream or the United National Movement, a negative assessment of a specific issue is associated with a negative assessment of the country’s direction. The same observation holds for people who do not hold a negative predisposition towards any political party.

This matters. Citizens are not looking at specific and general issues through narrow partisan lenses alone. Instead, the data suggest assessments are at least partly independent from party labels, which provides parties with the opportunity to campaign on issues instead of merely blaming each other for their failures and attempting to cultivate followings around charismatic leaders.

Note: The above analysis is based on a series of logistic regressions, where the dependent variable is a negative assessment of Georgia’s general direction, key independent variables are a negative assessment on each of 16 specific policy issues as well as attitudes towards political parties. In addition, all models have demographic control variables including, gender, age, settlement type, education, employment status, household size, and household’s economic status. Replication code of the full analysis is available here.

This article was written by Koba Turmanidze, the Director of CRRC-Georgia. The views expressed in this article represent the author’s alone and do not necessarily represent the views of the National Democratic Institute or any other entity.

2. New convictions as trials of Armenian captives continues in Azerbaijan

3. Calls for answers over death of Azerbaijani activist Bayram Mammadov in Istanbul

5. Datablog | Georgia may be the most homophobic country in Europe