Armenia’s new elections will take place in a country transformed by defeat. A chance to find a measure of stability, they will also be a test of both Pashinyan’s popularity, and his promise not to repeat the electoral manipulations of his predecessors.

On 20 June, Armenia will hold its third parliamentary election in four years, it will be the second consecutive snap election. Needless to say, this is an unprecedented and uniquely dangerous time in Armenia’s history as an independent state.

This election must answer whether Nikol Pashinyan and his revolutionary team enjoy the trust of the people after defeat in the catastrophic 44-day war. A war that left 5,000 dead and over 10,000 wounded, and during which Pashinyan was forced to sign a humiliating statement by which the Armenian forces withdrew from about 8,000 square kilometres that they had controlled for 25 years.

Undertaken during a moment of grave national crisis, it will also reveal the extent of Pashinyan’s commitment — or lack thereof —  to the democratic reforms that he promised during the 2018 revolution and, depending on how it transpires, may set a more stable stage for Armenian politics to play out in the near to medium future.

A free and fair election?

The election will reveal if Pashinyan, a man who came to power promising to do away with the corruption of the old authorities, will fulfil his promises of free and fair elections now that his revolutionary lustre has been tarnished.

The early signs are not promising.

Shortly after announcing the snap election, Pashinyan visited one of the provinces of Armenia, during which he made extensive political speeches. Human rights activists and the opposition stated that Pashinyan had turned the trip into an unofficial electioneering campaign and was, like his pre-revolution predecessors, using administrative resources to gain an unfair advantage in the vote.

While Pashinyan's rallies were not as crowded as expected, it is clear from the videos and photos that much of his audience was composed of elementary school students. This is a familiar picture from the time of the previous government, when schools and students were involved in pre-election processes, including election fraud.

That said, when the opposition and political observers express concern that Armenian authorities will use administrative resources to tip the scales on 20 June, Pashinyan and his team respond that they are the only political force that has not falsified any elections.

That is true.  Two elections took place after the Velvet Revolution: parliamentary and Yerevan municipal elections; in both cases, Pashinyan and his team won without apparent electoral fraud and with an obvious advantage. But then again, Pashinyan’s team did not need to falsify anything, they had broad public support after the Velvet Revolution — now they have lost a war.

While Pashinyan’s opponents say they fear that he might rig the election, many of his supporters fear that under the present electoral code, the old authorities might still strong-arm their way into power — some even say that it is better not to hold elections at all until the Electoral Code is changed.

Critics cite the ‘rating’ or ‘open proportional’ aspects of the code, which they say disguise a majoritarian electoral system that allows local criminal bosses, which have been an integral part of the history of electoral fraud in Armenia since independence, to be involved in elections.

According to the open proportional system, there are different ballots for different parties. The name of a political party is written on one side and the names of all the candidates on the party list are written on the other —this, critics say, allows candidates with powerful local sway to increase their party’s vote. In a ‘closed proportional’ system, by comparison, a voter chooses between parties only.

The draft amendments to the Electoral Code presented in the parliament earlier this month propose to remove the ‘rating’ system, in addition to a series of other changes that have been promoted by civil society in order to make elections more fair and competitive.

Specifically, these amendments — both to the Electoral and Criminal Codes — would lower the 5% threshold for entering parliament, would make the use of administrative resources a criminal offence, would ban covert vote-buying such through charity and similar means, and would criminalise forcing individuals to attend campaign rallies (for example, one’s employees).

As of 23 March, Pashinyan’s ruling My Step parliamentary faction has expressed their intentions to reform the electoral code before the election.

Despite being widely discredited by the outcome of the war, Nikol Pashinyan continues to remain the most popular figure in Armenia. According to the latest public opinion polls, more than 30% of Armenia’s population continues to trust him.

The largest opposition force in the parliament —  the well-known oligarch Gagik Tsarukyan's Prosperous Armenia party, has a relatively stable electoral base and its presence in the next parliament is not in doubt. A pro-Russian political force, it is known for carrying out mass charity giveaways prior to all previous elections, as well as for distributing straight-forward electoral bribes. Indeed, Tsarukyan is presently facing charges for alleged electoral bribery in the 2017 parliamentary election, and he was both jailed and released for these charges in the past year.

Before agreeing to the snap election, the Prosperous Armenia Party was part of the Homeland Salvation Movement, consisting of a dozen-and-a-half opposition parties that opposed a snap election and demanded that a transitional government, led by their candidate for Prime Minister, Vazgen Manukyan, replace Pashinyan.

The second opposition force in the parliament, Bright Armenia, received a little over 6% of the vote in the last election. Led by Edmon Marukyan, the party is well-known as a moderate and pro-European political force.  The latter appears to have changed since the 44-day war, however, with Marukyan calling for the establishment of a second Russian military base in the country, to be located in Armenia’s southern Syunik province.

Indeed, if one of the critical topics of discussion in the elections held in Armenia since 1991 was the choice of the country's foreign policy orientation, it is not anymore. Today, Armenia is simply unable to defend itself from Azerbaijan and its ally, Turkey, without Russia’s presence in the country.

Nor is there any expectation that Russia would interfere in Armenia’s internal political process — there is no need for that, as Armenia is entirely in the sphere of Russian influence. Now, the need to deepen integration with Russia is being discussed by the general public more and more, with some going as far as suggesting the formation of a union state or a similar pact.

Another remarkable reality this election, this time domestic: since the 44-day war, or more precisely since October 5, Nikol Pashinyan has not visited Nagorno Karabakh, just as he has not been able to visit Syunik, as local authorities and citizens barred his way near the town of Goris.

It is difficult to find any other post-Soviet state where all the former presidents of the country are engaged in the political field, though it is not yet clear whether they will personally run in the June 20 elections or not. All three of them, despite their deep disagreements with each other, demand Pashinyan's removal.

Armenia’s First President, Levon Ter-Petrosyan, in his last statement on March 15, as a way out of the internal political crisis in Armenia, offered Pashinyan’s immediate ‘voluntary resignation’ and the provision of legal guarantees for his immunity, even a temporary asylum outside Armenia. The first president proposed to put the duties of the Prime Minister on a non-partisan deputy prime minister, who, due to his neutrality, is able to ensure a fair election.

Ter-Petrosyan’s successor, Robert Kocharyan, announced in January that he would run in the election whenever it occurs. Notably, he will be campaigning while facing the criminal charge of ‘overthrowing the constitutional order’ for his alleged role in a deadly crackdown on protesters on 1 March, 2008.

Armenia’s third president, Serzh Sargsyan, has remained the quietest of the trio of ex-presidents, though he has also called for Pashinyan’s resignation. He also remains the head of the former ruling Republican Party, and has just recently told journalists that ‘he would never leave the political trench’.

It seems that Armenia has entered a zone of great social and political turbulence that it is not yet able to escape. The snap election, if it is truly free and fair, is one of the ways the country can once again find some measure of stability. 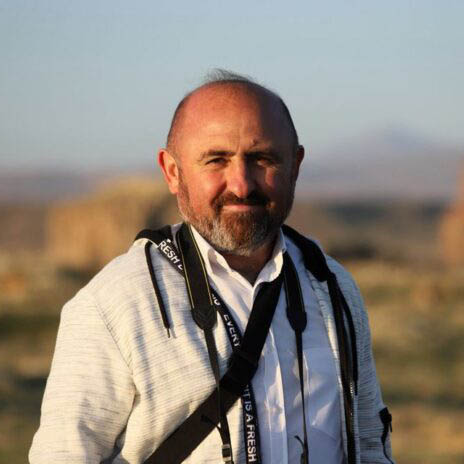 Tatul is a journalist and the coordinator of ANI Armenian Research Center. He has authored three books: ‘Karabakh Diary: Green and Black’, ‘Looking from Ararat: Armenians and Turks’, and ‘Valley of Death: a 44-Day Catastrophe’.

5. Afghan refugees struggle to make a living in Azerbaijan 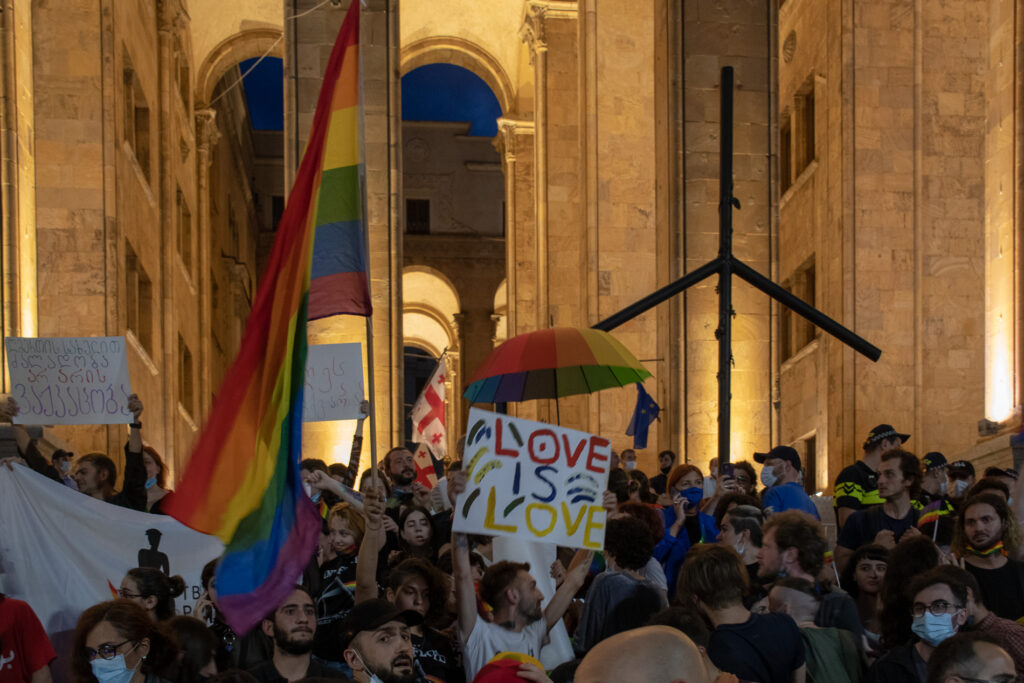