Favourable views of the government’s handling of the COVID-19 pandemic are on a slow decline in urban communities, while it remains especially high in rural areas, among older people, and ethnic minorities.

In the two years since the first coronavirus case was detected in Georgia, roughly 1.6 million people have caught COVID-19 in the country, and more than 1 in 235 people have died due to the virus.

The most recent wave caused by the Omicron variant resulted in over 5% of the country having an active case of COVID-19 at the same time.

In December 2020, Georgia was in partial lockdown. According to data from the 2020 NDI/CRRC survey, 61% of the public thought the government handled the pandemic well or very well, while 33% rated the government’s handling of the pandemic negatively.

In February 2021, the number of people who positively assessed the management of the pandemic increased to 68%, while only 28% thought that they did a bad job. Notably, this survey took place during the period in which Giorgi Gakharia, Georgia’s former prime minister, withdrew from politics.

Unlike his predecessor, Irakli Garibashvili began to open up the country. At the same time, Georgia started to provide vaccines. Against this background, in July 2021, positive attitudes towards the government’s handling of the pandemic declined to 52%.

In December 2021, the number of daily confirmed cases increased dramatically, which was also reflected in the mortality rate. According to the latest NDI data, half the population (50%) think that the government was handling the pandemic well, with negative attitudes towards the government’s handling of the pandemic increasing from 36% to 43%. 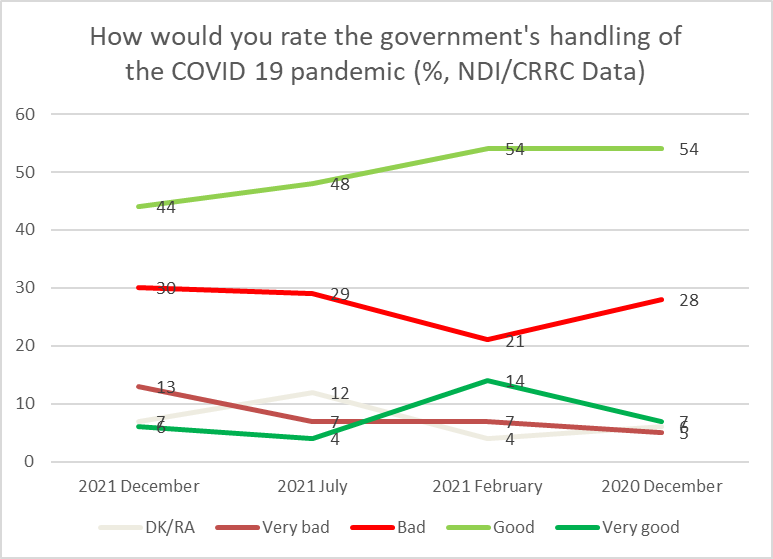 A regression analysis of the December 2021 data shows that the attitudes towards government policies differ significantly by party preference, ethnicity, age group, and settlement type.

Even though the number of people who think that the Government is handling the pandemic well is slowly declining, it is high, especially in rural areas, among older people, and among ethnic minorities.

The views presented in the article are of the author alone and do not necessarily reflect the views of the National Democratic Institute, CRRC Georgia, or any related entity. 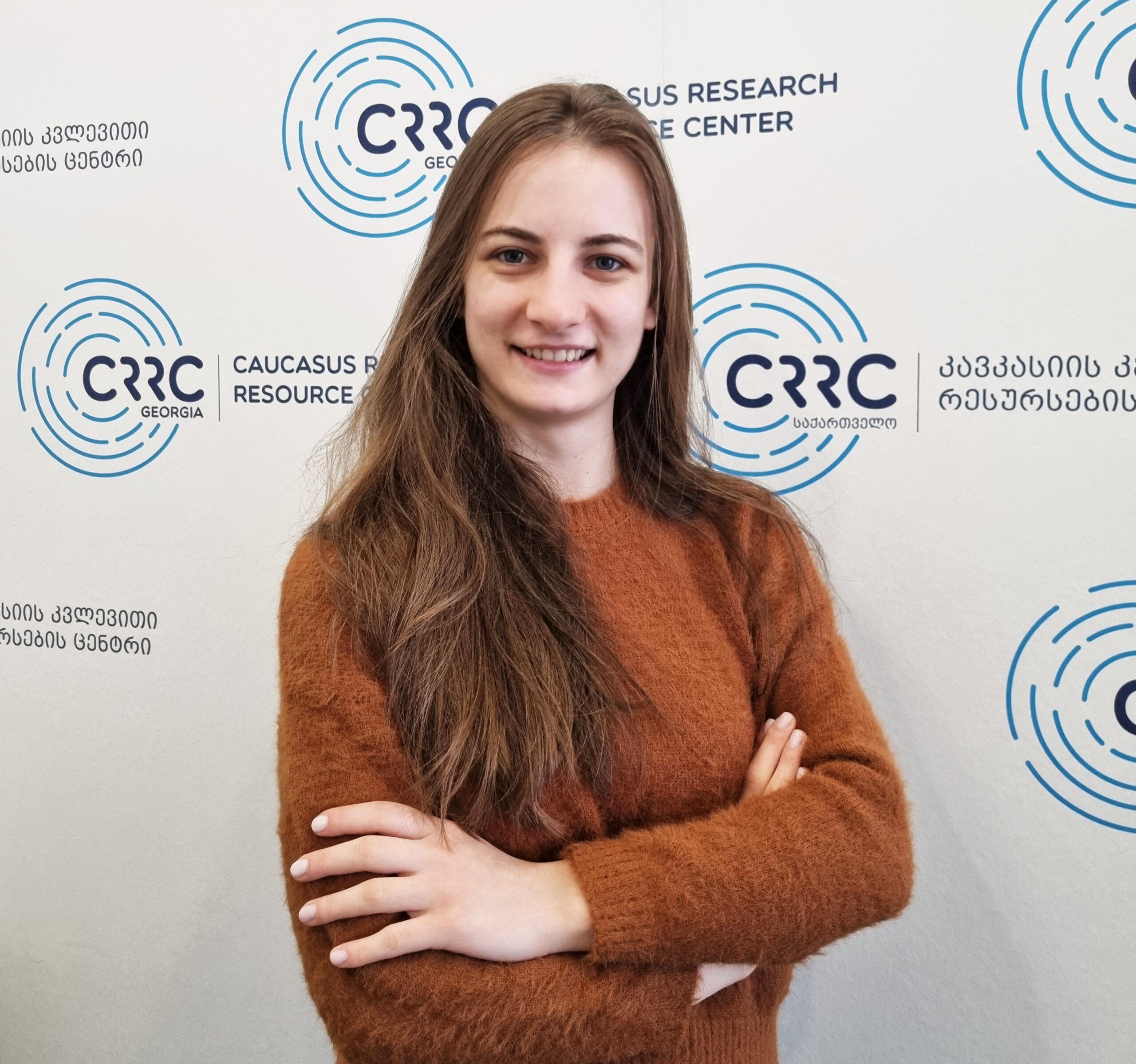 Natia is a Junior Fellow at CRRC Georgia.