People frequently cite political polarisation as a major problem for Georgian democracy, but is this really the case?

Talk about political polarisation in Georgia is easy to find. Some have suggested that the recent United National Movement (UNM) announcement that Saakashvili will be their prime ministerial candidate will only make matters worse.

A new data analysis CRRC Georgia released on Tuesday suggests that this may in fact be the case. Data from several years of CRRC Georgia and NDI polling indicates that there are few ideological or policy issues that the supporters of Georgian Dream (GD) and the United National Movement (UNM) disagree about. Rather, attitudes towards politicians and political events are what divides, a fact the public intuitively recognises.

One of the more prominent definitions of polarisation in the academic literature suggests two defining characteristics: issue partisanship and issue alignment.

Issue alignment means that views on different sets of issues are correlated with each other. For example, people who think that deficit spending is bad also think that raising taxes is, this would constitute an example of issue alignment.

A third factor and pre-condition for polarisation is that partisanship, support for political parties, exists.

The pre-conditions for polarisation are not present in Georgia

To have polarisation, there needs to be two poles. Georgia’s political system has two main political parties that are supported in public opinion polls – GD and UNM. But the public is hardly divided between them. Indeed, only a minority supports either party, and the most common response to what party has almost always been no party in recent years. 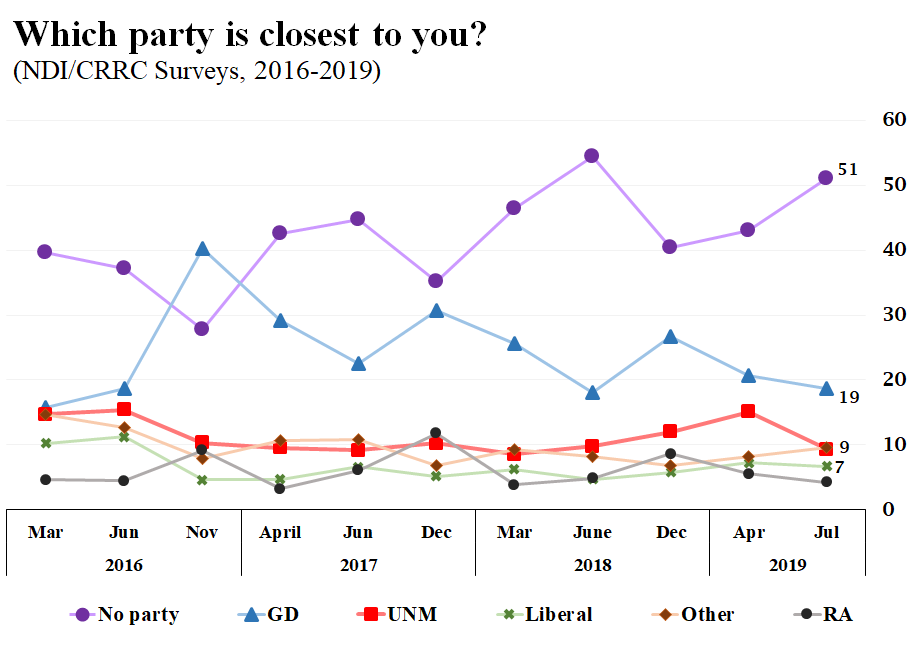 The study looked at approximately 20 different policy issues varying from cannabis legalisation to banking regulations. In the majority of cases, there were no statistically significant differences in the data between supporters of the main parties in the country, the United National Movement and Georgian Dream.

Supporters of each party tend towards thinking the main issue facing the country is the economy. They also have largely similar foreign policy outlooks — pro-Western ones. There are no significant differences in terms of opinions on how the country’s economy should develop either.

On social issues and values, supporters of the main two parties also have similar outlooks for the most part — they oppose selling land to foreigners and cannabis legalisation.

The data does indicate that supporters of the UNM are slightly more likely to support the protection of queer rights and be accepting of a son wearing an earring. Taken together, these suggest UNM supporters are slightly less conservative than GD supporters. Despite the slight difference, large majorities of both parties tend towards conservative views on both questions.

The explicitly political is divisive

While there are few policy or ideological differences between supporters of the UNM and GD, people do have different attitudes towards the explicitly political.

Interestingly, the public largely recognises that it is politicians and the otherwise explicitly political which divides the country. From a list of 11 items on a 2019 survey, which included Russia, more people named politicians as dividing the public than any other institution or group asked about. 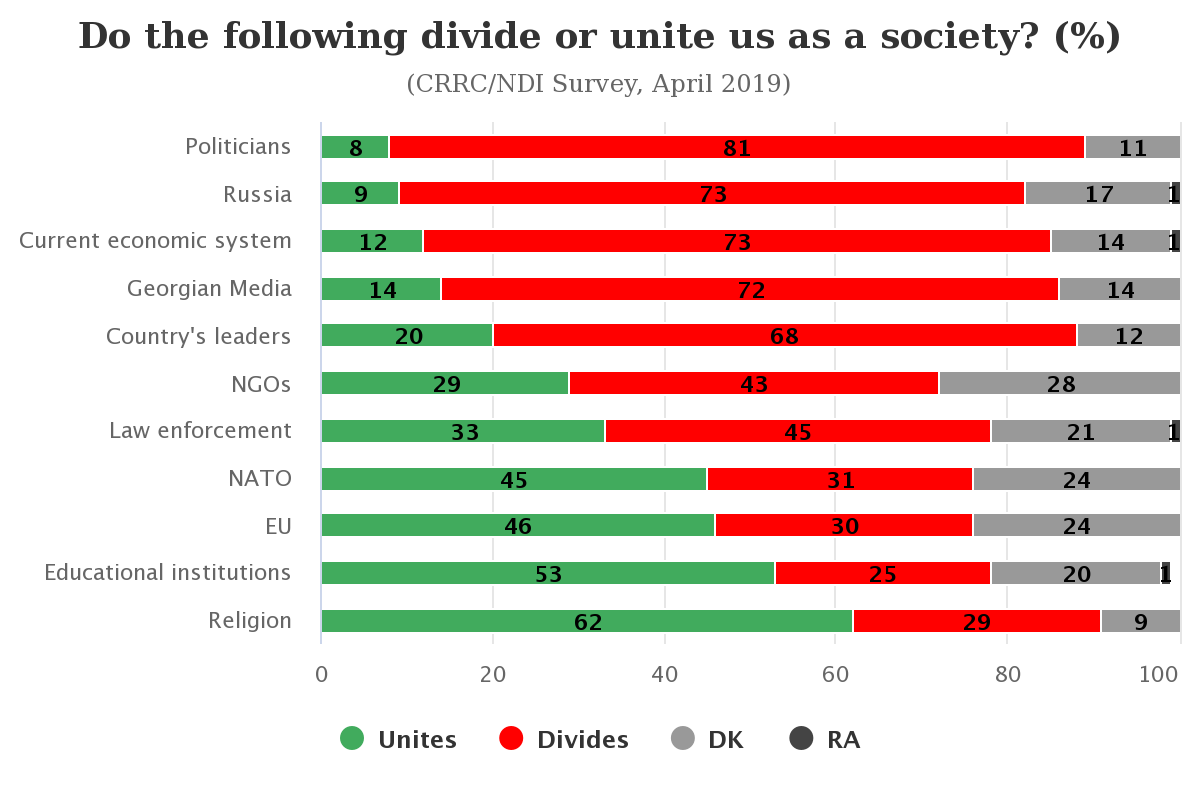 Taken together, there is an absence of evidence of polarisation in the data. Rather, it suggests personalisation is what’s at play in Georgian politics.

Replication code for the analysis presented in this article is available here.

The views expressed in this article do not represent the views of CRRC Georgia, the National Democratic Institute, or any related entity.