Queer women in Armenia face multi-layered oppression, both for their gender and sexual expressions. A queer woman from Armenia reveals her life story and shares her stubborn struggle for lesbian emancipation in a homophobic patriarchal society.

‘I was 19 years old when I met a lesbian girl who liked me. I told her I was not one of “them”, but suddenly, for no reason, I kissed her. It was with her that I first realised what love is.’

Eva (not her real name), 24, is a queer woman living in Yerevan. She went through many stages while discovering her sexuality. At first, it was the classical self-identification as a heterosexual woman, which was then transformed into a bisexual identity. Having realised her affection towards transgender individuals, she then thought that she was pansexual, but the exploration of her feelings and reflection on her experiences made her think outside the box. Now she does not want to associate herself with a distinct sexual category or label her sexuality. ‘I am just a person who loves another person; I am queer.’

‘Parandzem and Taguhi were having sex the whole night’

On the façade of an old building in downtown Yerevan, there is written in graffiti, ‘Parandzem and Taguhi [two female Armenian names] were having sex the whole night’. This graffiti, that feminises the male-centric public space of the city and raises lesbian voices, is in fact a transformation and resignification of a famous old advertisement that said, ‘Parandzem and Taguhi were cooking pasta the whole night’. ‘This really influences people’, Eva affirms, not specifying who the authors of the anonymous graffiti are.

Queer people are one of the most marginalised and discriminated groups in Armenia. According to a research paper entitled ‘Hate Crimes and other Hate-Motivated Incidents against LGBT People in Armenia’, undertaken in 2016 by Pink Armenia, an LGBT rights group, and Socioscope, a non-governmental research organisation, of the 200 queer people interviewed, 198 had been the victim or witness of hate crimes or other hate motivated incidents based on a person’s perceived sexual orientation or gender identity.

Recognising the need to stop violence and prejudice against queer people, more and more activists and human rights defenders in Armenia have started to push for the protection of queer rights, for equality, and to end discrimination. However, within the queer rights discourse, the voices of lesbian, bisexual, and trans women remain marginal. ‘As in generally all women’s experiences, LBT women’s stories remain invisible’, Eva says. According to her, in a society where women are afraid to raise their issues as women, it is more complex to speak up about the additional challenges faced by women with non-heteronormative sexuality.

‘We do everything in secret’

Queer women in Armenia face multi-layered oppression, both for their gender and their sexual expressions. Since there are a lack of opportunities to freely expose their problems, queer women are psychologically vulnerable and are often unable to share their emotions with the outside world. This adds additional emotional pressure which sometimes manifests in depression or panic attacks. ‘We do everything in secret. There are small communities where I can feel safe, but at home, among other friends and relatives, I can’t be who I am’, says Eva.

Isolation and emotional problems are only one example of the challenges faced by queer women in Armenia. As Eva states, ‘if your sexuality is revealed, you can be subjected to “corrective rape”’. As she affirms, when men discover a woman’s lesbian sexuality, their first reaction is not to call for ‘burning her alive’ as is the case for gay men. What men want in this case is to ‘correct’ the woman through rape, and make her what they claim is ‘normal’.

The security risks faced by queer women are still very real in the country. Eva tells of how often, after leaving a pub or a café, or simply while walking down the street with her girlfriend, that she is followed by men. ‘I get really scared because I don’t know what could happen to me. The guy is in a car, physically stronger than I am. He can do whatever he wants and nobody will care’. Eva does not believe that the police could help her because even if she goes to them to seek protection, the police will laugh at her sexuality and ask questions she will not feel comfortable with, something that has happened to her lesbian friends many times.

Once, Eva and her transgender friend were attacked in a park by men, who started to beat and curse them. There were other men in that area who, instead of trying to stop the perpetrators, approached and demanded they stop cursing as there were other women in the park. ‘So it was totally fine that they were beating us, but they had to do it in silence, exactly the way they beat women in their homes’, says Eva.

While there is widespread violence and aggression against queer women, lesbian relationships are also not considered to be serious. Statements such as, ‘she is a lesbian because she hasn’t met a real guy yet’ and ‘you need to try it with a man to know what “real sex” is’ are heard often.

The pressure felt by queer women in Armenia does not come only from the outside world. According to the research from Pink Armenia and Socioscope, queer people are very often subjected to different types of violence by their family members, in an attempt to change their ‘wrong’ sexual orientation or gender identity.

Eva’s parents do not know about her sexuality. However, according to her, she feels lucky, because there is no hatred in her family against any group. ‘Many of my LGBT friends come to our apartment. Even my trans friends come. We all drink coffee with my mum. She’s really chill with them’. Once, Eva’s mother asked her if she was a lesbian. Eva was not ready to come out to her mother, so she lied to her. She regretted this afterwards, since coming out became much harder.

Notwithstanding the openness of her family, and her desire to learn and get educated on queer issues, Eva still experiences some psychological pressure from her relatives. To her grandmother, Eva is already an ‘old maid’. Once, when Eva’s mother asked her why she does not get married, Eva asked her in return why she does not do the same. ‘I said, “I don’t ask you to have a baby so that I have a sister, do I? Then why do you tell me you want a grandchild and a son-in-law?”’ After this, they never had any conversations like that again.

What is wrong with kissing her beloved in public?

Proud of her sexuality, and despite the overarching challenges, Eva is not afraid to talk freely about her sexual orientation. Once, some of her old friends were talking about queer people with hate speech, saying that they need to be burned or killed. In that moment, Eva told them to burn or kill her, because she is a lesbian too, she is one of ‘them’, making her friends rethink their abusive behaviour and ignorance.

For Eva’s partner, who comes from abroad, the way people look at her and her girlfriend when they walk together is very strange. Every time they’re at a bus station, Eva’s girlfriend comes closer to kiss her before entering the bus. But Eva resists; ‘this is not the proper place’ she says, at the same time  wondering what is wrong with kissing her beloved in public.

Eva believes that she would never face such challenges were she in a heterosexual relationship. She recalls her earlier years of adulthood, when she was with a young man. ‘We could walk freely, hold hands, nobody would pay attention’. However, in a same-sex relationship, she says, life becomes full of fear and lies; a double life where everything needs overthinking.

‘I am in love, and I want to be able to talk about this’

‘I don’t know why I need to lie to my mother. I have a person whom I love, I have tender feelings towards her, what could be better than this? I am in love, and I want to be able to talk about this with others. We live a happy life together, we walk, we go to cafés, we dance, we smoke. Isn’t this beautiful? People should be happy for us, shouldn’t they? But no, nobody’s happy; people just want to kill us’, Eva’s voice starts to tremble.

The impossibility of fulfilling her very basic human needs makes Eva think about moving. Local research shows that in 2011–2013 alone, almost 6,000 Armenian citizens left the country because of discrimination. Eva does not yet know whether she will move to another country, but one thing is certain: her mental health is being affected by all this instability.

Even seeking consultations from a psychologist is an issue, as psychologists who are queer friendly and are aware of queer people’s specific challenges are the exception. ‘I now have a real struggle inside myself. Should I stay here and try to change our society, or, as I only have one life, should I go to a safer place and have a happier future?’

Homophobia is a political tool in a country at war

Eva believes that homophobia has recently become trendy in Armenia. Even those who do not necessarily have a problem with queer people express hateful, homophobic attitudes just because it’s popular. Moreover, queer people quite often become a target in political games. Whenever there is an important political event, articles on queer topics suddenly become widespread, and people shift their attention from following up or acting upon the political situation to the ‘preservation of Armenian values and traditions’. For example, the arson attack on the queer friendly DIY pub two days after the parliamentary elections in 2012, or the ‘anti-gender’ movement in 2013, when Armenia was weighing up signing an Association Agreement with the EU or joining the Russian led Eurasian Economic Union.

Queer people in Armenia are thus politically produced and reproduced by the media as ‘enemies’. Taking into account the country’s strong militarisation, queer people are used often as a scapegoat. Queer women are particularly targeted, and have become the most targeted group among queer people.

Eva thinks that in small states on a war footing, like Armenia, where people live in constant fear of the loss and hope and survival, where people lose their sons, brothers and husbands, women’s rights and queer rights are not a priority. ‘If nobody has died today, everything is good’, she says. ‘Therefore, as long as Armenia is in a military conflict and is one of the most militarised countries in the world, there is little hope that anything will change for us’, Eva sums up, lighting the last cigarette of her pack. 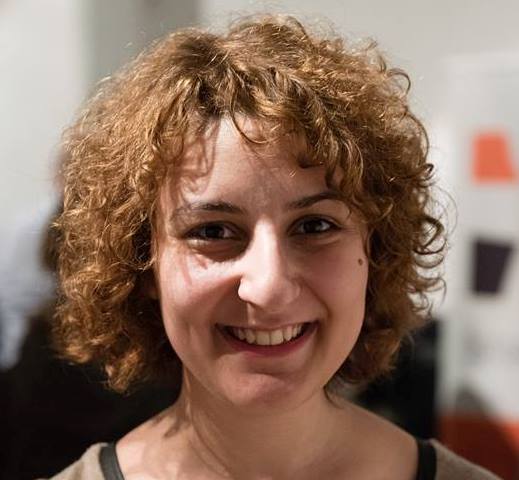 Anna is a coordinator at the Coalition to Stop Violence against Women, founder of FemLibrary Armenia, and chairs the board at FRIDA — the Young Feminist Fund.