A TV crew from opposition-leaning channel Mtavari has been attacked by unknown men while reporting from the disputed Davit Gareja Monastery Complex in Georgia’s southeast border with Azerbaijan.

The footage released by Mtavari on Tuesday showed the journalists, along with Georgian cartographer Iveri Melashvili, whom they intended to interview at the site, being accosted on two separate occasions by a group of men, some of whom wore the attire of the Orthodox Christian clergy.

Sections of the Davit Gareja complex have been hotly contested between Georgia and Azerbaijan for years, with Georgian authorities now insisting that the disputed areas were illegally ceded to Azerbaijan by the previous government. 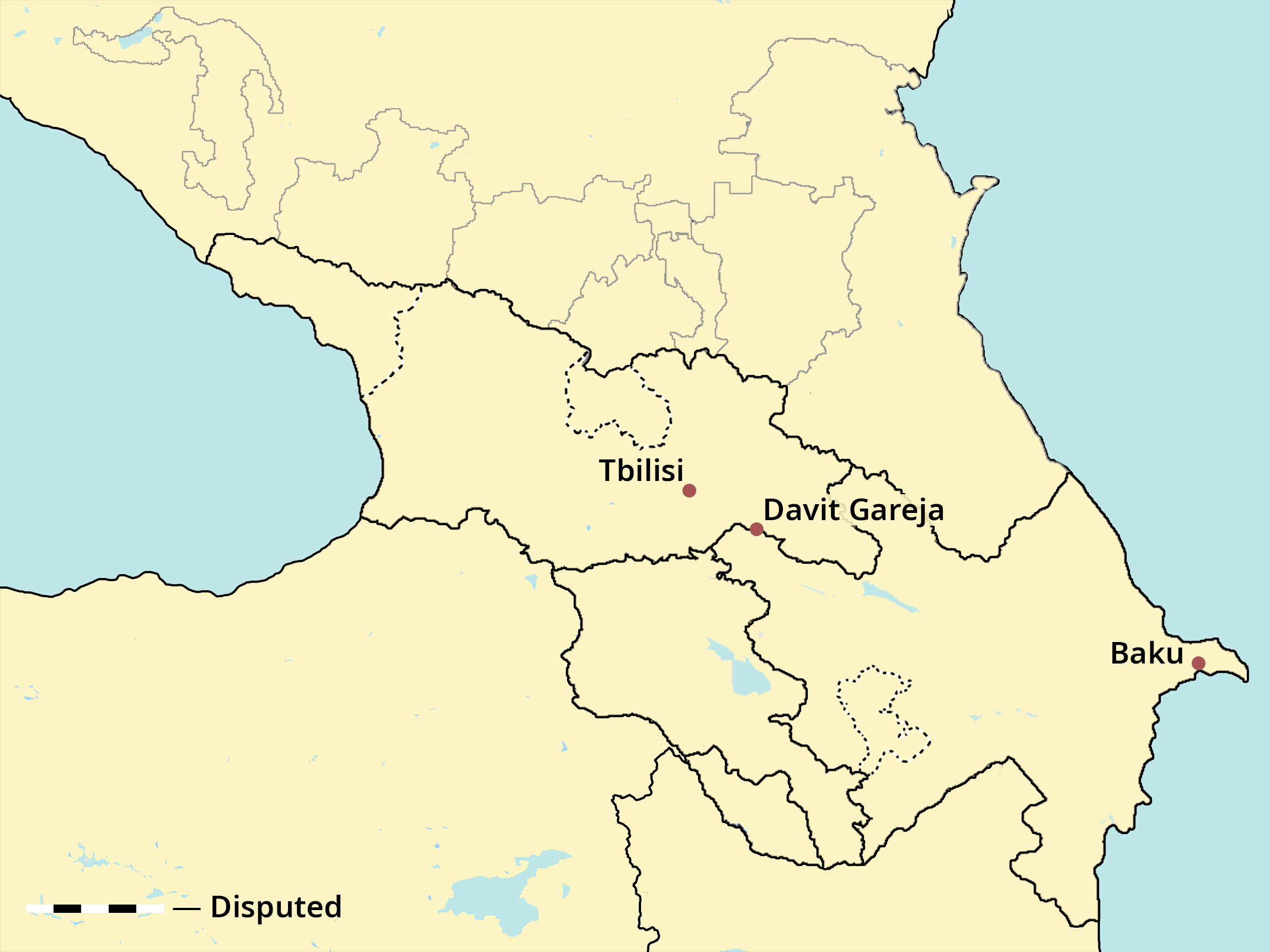 In one video, Mtavari’s camera operator Irakli Kvaratskhelia is seen falling to the ground. In another segment that reportedly took place near the village of Udabno, a man pushes journalist Ninutsa Kekelia, who was reporting the incident live on her phone, into the crew’s car,  ordering her to leave the site.

The identities of those blocking the road as well as those attacking the journalists have not yet been established. The Interior Ministry has launched a probe into ‘violence’; no arrest has been reported yet.

Soon after the incident, the Georgian Public Defender, Georgian Charter of Journalistic Ethics and Coalition for Media Advocacy called on the authorities to conduct an investigation in a timely manner.

According to Mtavari, who said their equipment was also damaged, they were visiting the site to follow up on their story over the controversial ‘cartographers’ case’.

After being released together with Natalia Ilichova on bail in late January, Iveri Melashvili has continued to insist on his innocence, calling the case political.

However, he has faced backlash from a number of pro-government groups, sections of the Georgian Orthodox clergy, as well as in several nationalist circles that have continued to portray the experts as ‘traitors’.

Iveri Melashvili was previously confronted on 1 February in a supermarket in Tbilisi, an incident government critics have described as the result of a ‘witchhunt’.

Tuesday’s confrontation came a day before Georgian Prime Minister Irakli Gharibashvili was due to meet with Azerbaijani President Ilham Aliyev in Baku.

In her statement on Tuesday, Georgian Public Defender Nino Lomjaria underlined that the incident earlier that day was a continuation of recently ‘intensified assaults’ on media workers in the country.

The case is not currently being investigated as ‘interference with a journalist’s professional activities’, a separate criminal offence that carries a maximum sentence of two years in prison.

On Wednesday, one of the reporters who was attacked, Ninutsa Kekelia, complained that investigators from the Prosecutor’s Office had attempted to manipulate her statement to avoid bringing such charges.

Other recent attacks on journalists include the 25 February assault in Tbilisi on Vakho Sanaia, a prominent anchor of TV channel Formula.

Sanaia claimed that three men assaulted him after recognising him and expressing anger over his coverage critical of the government and the Georgian Orthodox Church. The three are currently being held in pre-trial detention.

Following the attack on Sanaia, a group of pro-Church activists led by Gia ‘Utsnobi’ Gachechiladze, a prominent opposition figure during the previous government’s time in power, launched a campaign in support of his attackers.

Media advocates also sounded the alarm after Gachechiladze called out individual journalists by name during a 9 April rally in Tbilisi.