The remains of two volunteer Georgian soldiers killed while fighting for Ukraine have returned to Georgia to a hero’s welcome.

Gia Beriashvili and Davit Ratiani were killed on the Irpin front, northwest of Kyiv, on 18 March by Russian mortar fire. Their remains were brought to Tbilisi on the morning of 24 March.

Family members, relatives, politicians, activists, and ordinary Georgians came to the Tbilisi airport to pay their respects to the fallen fighters. 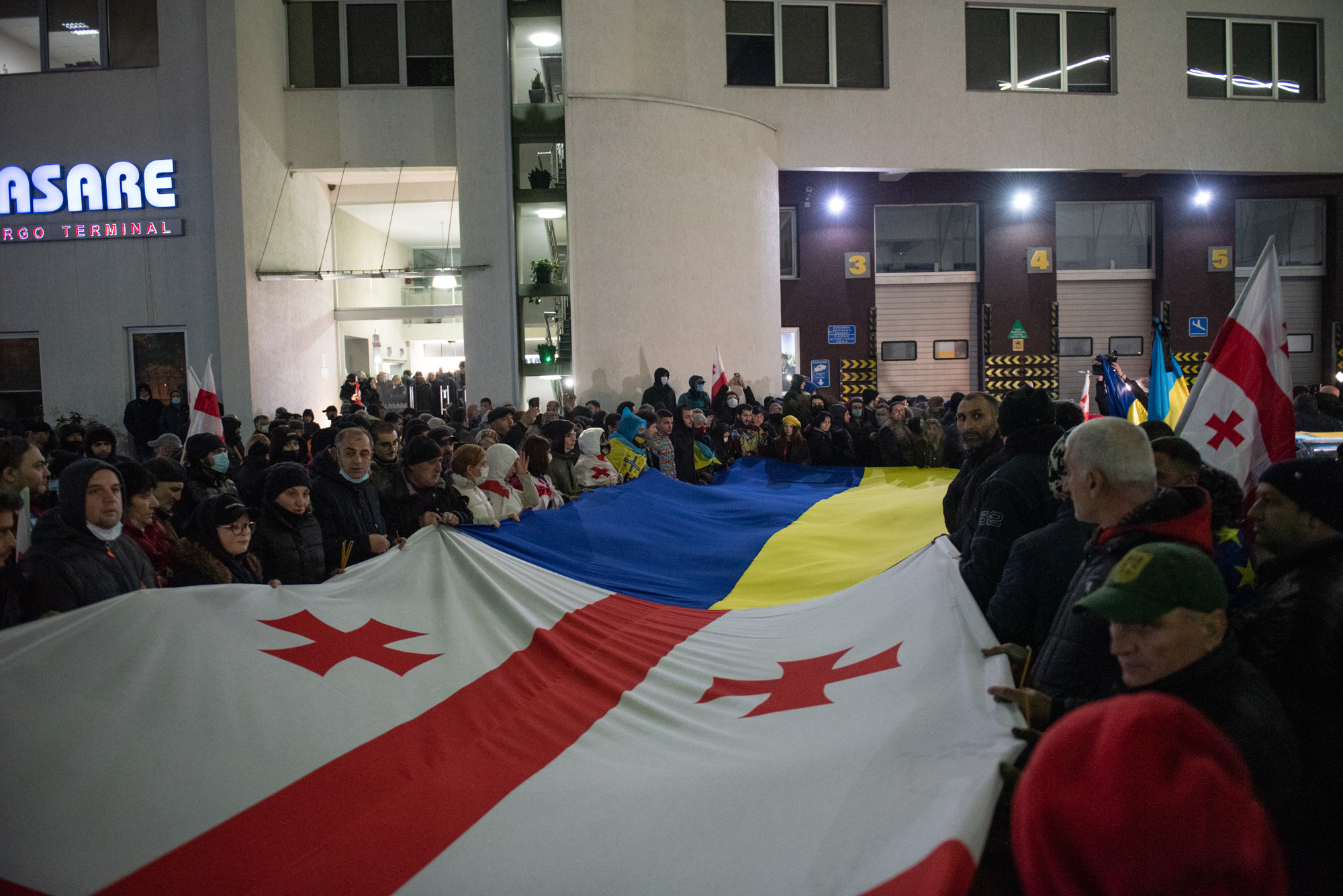 At the airport, the Georgian and Ukrainian anthems were heard playing as the cars carrying the soldiers’ coffins slowly drove through a corridor of people kneeling down with lowered flags and lit candles.

Georgian President Salome Zurabishvili came to the airport to pay tribute and express condolences to the Beriashvili and Ratiani’s family members, as did members of several opposition parties. Representatives of the ruling Georgian Dream Party were not present.

Gia Beriashvili was transferred to a church in the Tbilisi Sea Cemetery, while Davit Ratiani’s remains were sent to his home in Tbilisi.

According to the widow of one of the deceased, the Ministry of Defence has promised they will be buried with military honours.

The two were buried with military honours on Saturday. The Ambassador of Ukraine in Georgia attended Davit Ratiani’s funeral at the Kashueti Church. Tbilisi Mayor Kakha Kaladze also attended Ratiani’s funeral, the only person from the ruling party to do so.

Opposition leaders and activists came to pay tribute to Ratiani and Beriashvili on the day of the funeral.

Aleksei Bobrovnikov, a former journalist who fought in the same squad as Ratiani and Beriashvili, published a Facebook post honouring his comrade.

‘Dato Ratiani became my close friend’, he wrote, adding that Ratiani had saved his life and was helping rescue another soldier when he was killed. ‘Dato lived like a hero and died like a hero: helping a French soldier with an injured leg reach the rally point.’ 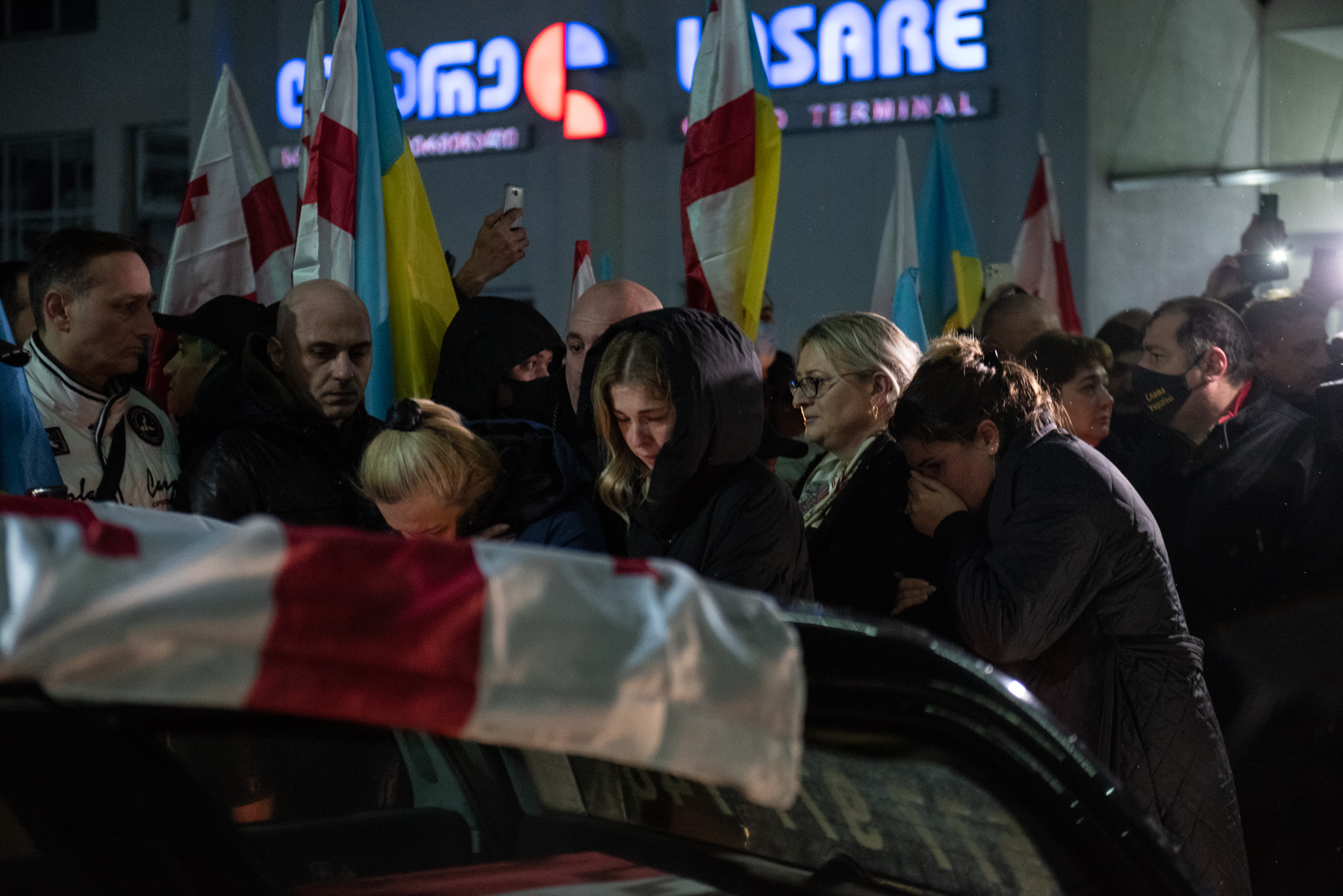 The anthems of Georgia and Ukraine were played during their escort from the airport. Photo: Mariam Nikuradze/OC Media.

Ratiani and Beriashvili fought with Ukraine’s International Legion, made up of foreign volunteers from around the globe. According to fellow fighters, the two had fought in Ukraine from the early days of the war. Their remains were first transferred to Warsaw and then to Tbilisi. The Georgian Ministry of Foreign Affairs arranged the transfer.

[Read on OC Media: 'We have only one enemy — this is Russia': the Chechens taking up arms for Ukraine]

Another Georgian fighter, Bakhva Chikobava died in Ukraine on 19 March, but it is not known when his remains will be repatriated as he died in the besieged city of Mariupol.