Every year at midnight on 7 March, hundreds of women from all over Georgia gather next to the Samgori Metro Station with tens of thousands of flowers to greet International Women’s Day.

For many years, Caucasian spring crocus, also known as ‘snowdrops’, has become the symbol of International Women’s Day in Georgia, and is a common gift made to commemorate the occasion.

Even though the price of the flowers is quite low, sellers say it is getting harder and harder to collect them in the wild. 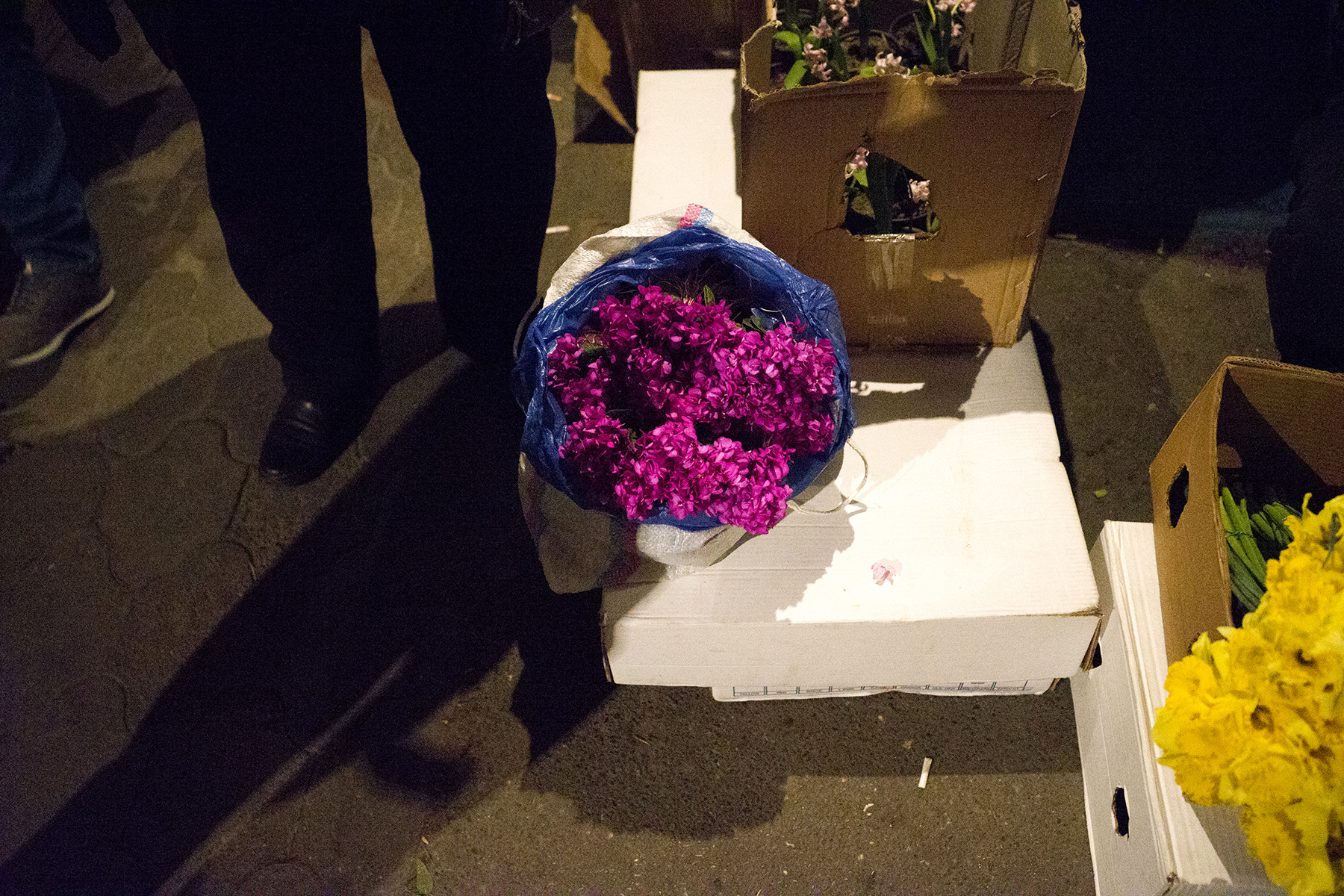 Caucasian spring crocuses grow all over Georgia. But women from the market complain that this year, it was not easy to find and pick them.

‘The city people definitely cannot go there, it’s so hard. We are climbing to the very end of mountain peaks to get these snowdrops’, Lena, a flower seller from Mtskheta, told OC Media. It is her second night at the Samgori market.

The culprit, at least in part, seems to be climate change.

‘There is no more snow in that area, so it is very hard for the flowers to show up’, Lena said. ‘It is very important for them that the soil is covered in a lot of snow.’

Each year Lena has to climb to ever higher, colder altitudes to find the flowers.

But Lena brings flowers other than crocuses too. She calls her favourites ‘the brides’ and spends all year getting them ready for 8 March.

Laura lives in Zugdidi. She also prepares her flower garden for the 8 March every year.

She is in her 70’s and travels nearly the length of the country to sell her flowers in Tbilisi. She told OC Media that she would never have imagined doing such a thing in the past, but a low pension and her family’s financial needs have left her little choice.

‘Whoever buys these flowers won’t catch the coronavirus’, Izolda, another seller, suggested to her potential customers. Izolda, 78, also traveled hundreds of kilometres to Tbilisi, just for this day.

Despite a lack of medical evidence, she told OC Media that she truly believes that the flowers and herbs from her garden can cure anything.

She told us she used to heal friends, neighbours, and relatives, mostly using only dried herbs and flowers from her garden.

Gia Beriashvili and Davit Ratiani were killed on the Irpin front, northwest of Kyiv, on 18 March.