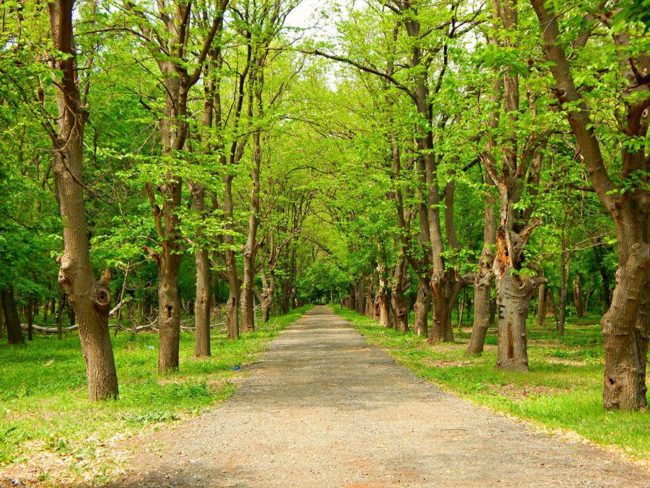 About 4,000 trees will be cut due to the construction of a 400 metre section of motorway linking the Georgian capital Tbilisi with Rustavi to the south. According to the On.ge, up to 2,500 trees have already been cut, and process is still underway.

The project supervision service of the Municipal Development Fund has confirmed the cutting down of trees, saying that because of the project’s significance to the country, a large amount of trees have to be cut down.

Irina Svanidze, an environmental activist from the Green Alternative, tells OC Media that an alternative space has to be allocated to plant new trees.

‘Unfortunately it’s hard to tell where the trees have been cut in [the video released by On.ge]. But if this is part of of Krtsanisi Forest Park, then this is a violation of the law’, she says.

According to an environmental impact report published by the Ministry of Environment, 401 trees were scheduled to be cut down in Krtsanisi Forest Park to make way for the new motorway, several of which are protected species.

Levan Sukhitashvili, head of the project supervision service of the Municipal Development Fund says that there is currently no exact number for how many trees will be cut down.

‘We cannot implement the project without cutting down trees, and so the state decided it was better to cut trees and create a high level motorway’, he said.

According to Sukhitashvili, permission for cutting down the trees has already been issued by the government and Tbilisi City Hall, and new trees will be planted to replace those which are cut down.

Construction launched in 2012 and is implemented by the Ministry of Regional Development and Infrastructure of Georgia with the Municipal Development Fund, and is financed by the Asian Development Bank.