Many see Georgian food as unhealthy; dishes full of melted cheese, butter, and large portions of fatty meats seem like the perfect recipe for a heart attack. But the country’s dietary problems go far beyond traditional cuisine; it’s structural problems — inequality, a lack of long term vision in policy, and nutritional illiteracy — that are driving Georgia’s deadly hidden hunger.

According to the World Health Organisation, as many as 91% of deaths in Georgia are a result of non-communicable diseases, which are largely attributed to diet. This figure is much higher than in a lot of other less developed countries.

Child stunting now affects 11% of children in Georgia, and although the government doesn't record statistics on obesity, the rapid growth of average caloric intake suggests that it is also becoming a problem.

While the poorest 5% of the population and marginal groups in Georgia still struggle to find enough calories, the biggest problem across the board is no longer not having enough food (undernutrition), but hidden hunger.

Many associate hunger with starvation, and something that no longer threatens Georgia; but now there is a new type of hunger in Georgia, one that is less detectable and obvious. Hidden hunger refers to a deficiency of important vitamin and minerals — people do not lack enough food but rather the right food — which can lead to irrevocable health problems that last for generations. Heart problems, diabetes, anaemia, and cancer can all result from hidden hunger.

For example, there is an over-dependence on starchy foods, with not enough iron rich food and protein consumed, which usually comes from animal sources. Generally speaking, of the ten recommended food groups, people in Georgia consume only five. What’s worse, adolescents don’t seem to eat much fruit or vegetables. This is a cause for concern, as it can lead to serious long term health problems.

The causes of malnutrition in Georgia are structural in nature, with factors like social inequality playing a far greater role than the nature of the food itself. Having a diversified, balanced diet should be affordable, accessible and culturally appropriate. As such, an overhaul of policies targeting production, supply, and consumption of food could improve the situation considerably.

Structural problems in society have a major influence on diets, determining both the availability of food and the ways in which we access it — both physically and financially. This makes the country’s infrastructure and markets crucial for getting the proper food stuffs.

The main inequities exist in the distribution of food. Georgia is characterised by mix of food retailers and bazaars, and in many places, particularly in mountainous areas, people largely rely on such bazaars.

These informal bazaars are widely seen to be inherently healthy, as they tend to sell fresh produce on a seasonal basis and therefore offer diversity in diets throughout the year. However, this is not necessarily the case; as seasonality often simply means shortages of certain foods especially during winter.

In more remote villages, people must often travel to their municipal centres to buy food. Some also use mobile food sellers, but these charge higher prices and aren’t always reliable.

Due to logistical constraints as well as poor infrastructure, these communities experience shortage of foods and have far less diversity in their diets.

Over winter, some 200 villages in the highlands are completely inaccessible. This, of course, leads to malnutrition and probably explains why the percentage of undernourished people is higher in the highlands, 9–13%, compared to the national average of around 7%.

Research commissioned by Oxfam shows that low income households have the worst diets in Georgia, and that people often compromise on the quality of their food, for affordability.

They subsist on a diet which is highly dependent on starchy foods; meat or adequate substitutes are rarely consumed for financial reasons. Worse still, 14% of the population systematically borrows money to buy food or regularly experiences food shortages.

This can be explained by the disproportionately high food expenditures compared to incomes in Georgia. An average Georgian spends over 50% of their income on food, whereas in developed countries this doesn’t usually exceed 20%. The poorest segment of the population spends 65% of their income on food and this is getting worse, as food prices rise and for many, incomes remain the same.

There is a common belief in Georgia that people living in rural areas have better diets, since they grow their own food — this is a fallacy.

Smallholder farmers, who make up around half of the population, often have no access to regular sources of cash, and may be able to provide for their own subsistence, but their situation can be very precarious. Droughts, flooding, animal or crop sickness, and sickness in the family can all result in a poor harvest. With no support from the government, and limited insurance cover (for example, insurance not covering hail and frost damage during high risk periods), families are often left with no backup plan.

Whereas in European countries, for example, governments step in with subsidies and regulations for insurance markets, in Georgia, farmers are left to the whims free market.

Large families that subsist in this way typically also rely on a more restricted range of food, which becomes even more limited out of season. This may explain why food-related diseases in children are more prevalent in rural areas.

The current state of affairs means rural farming on a family level is risky, unpredictable, and fails to provide an appropriate source of nutrition.

Even if enough products were available, at affordable prices, and in convenient locations, without education, malnutrition would persist. Not knowing how to make optimal choices with the available resources i.e. among the food that’s available and accessible is, also a constraint.

Oxfam’s National Nutrition Study suggests that even in households where, family members consumed food from an average of 5 food groups of the recommended 10, women consume less. Children, on the other hand, lack specifically protein and iron-rich foods. This appears to be a common tendency in most households in Georgia, again, indicating that information and education is absent not only for parents but also for adolescents.

To combat these systemic issues, the country needs to look at all aspects of food systems. Malnutrition is influenced by multiple sectors, and so solutions need to take a cross-sectoral approach. It’s important to see the bigger picture to avoid mistakes like solving hunger while inadvertently proliferating obesity.

This means that inter-ministerial cooperation is crucial, as the solutions lie not only with Ministry of Health, but with ministries of agriculture and environment, education, economy, and infrastructure as well.

It is often a question of social inequality, and the government adequately responding to the needs of marginalised and vulnerable groups. Policies should target the availability and accessibility of food, which in Georgia should involve strategies to protect farmers, investment in rural infrastructure and storage facilities, and encourage local food production, as well as educational programmes on healthy eating. Policies in these sectors should be supporting, rather than undermining each other.

It is also important to ensure that economic development does not come at the expense of nutrition. For instance, it’s crucial that the government invests in a range of nutritionally diverse products, not solely in products with high export potential. This is particularly true given that such a large portion of the population depends on subsistence farming.

Some of these solutions are included in the proposed Food and Nutrition Security bill, which was initiated in parliament by BRIDGE — Innovation and Development (a group founded by Oxfam) and drafted in collaboration with the Georgian Alliance on Agriculture and Rural Development, although the government seems to be dragging its feet.

On top of the human cost, the cost of malnutrition puts a huge strain Georgia’s economic development, through the loss of a healthy workforce and associated medical costs.

Unless the government looks beyond just short-term economic development and embarks on a broader reflection of how to create fairer societies, manage investments, and protect local livelihoods, it will be difficult to address malnutrition, counter non-communicable diseases, and alleviate poverty.

This article was prepared with support from the Friedrich-Ebert-Stiftung (FES) Regional Office in the South Caucasus. All opinions expressed are the author’s alone, and may not necessarily reflect the views of FES or OC Media. 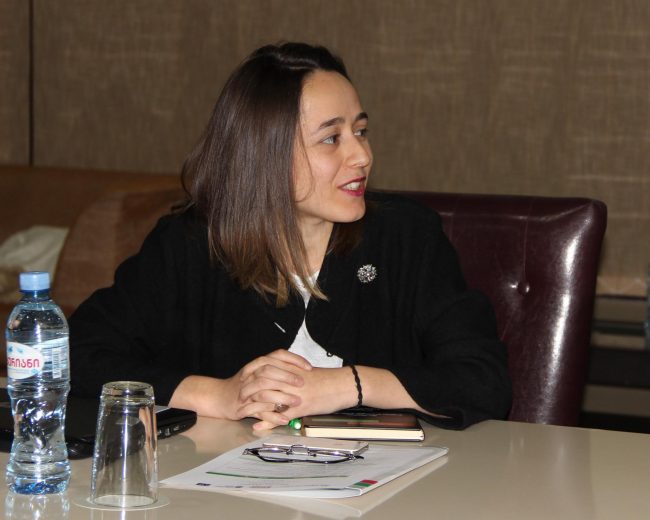 2. Survivors of unlawful detention in Nagorno-Karabakh speak out about war crimes

4. Iranian residents of Georgia barred from entering country with no explanation