Far from the animosity that defines our political reality, music has for centuries brought Armenians and Azerbaijanis together in a way that may once again offer us a way forward.

Ludwig van Beethoven once said that music is an even higher revelation than wisdom and philosophy. This ideological aspect of music is something that is often overlooked in the context of Azerbaijani–Armenian relations. In fact, it can almost seem as if politicians do not listen to music at all.

While that may well be, we, the ordinary people, certainly do. I am an Azerbaijani fan of folk metal. While browsing YouTube, I stumbled upon a song by Armenian folk metal band Araspel (‘myth’) and wanted to know more about their music. I asked in the comments if it would be possible for them to provide an English translation of their lyrics, and they gladly agreed.

They seemed surprised to see such interest from an Azerbaijani listener. Soon, I introduced my Facebook friends to Araspel, and they began to follow them as well.

To be sure, there is a massive difference between finding an Armenian band I enjoy and asking unrealistic questions like: ‘could music bring peace to Karabakh?’ But at the same time, I am determined to bring back long-forgotten memories of Armenians and Azerbaijanis working together to make music to remind ourselves of what is possible.

A history of collaboration

The Azerbaijani State Archive of Sound Records includes a number of records co-authored by Armenian musicians. Azerbaijani-Armenian mugham bands, a style of folk music popular in Azerbaijan, often included at least one Azerbaijani lead singer, or khananda, and had numerous Armenian instrumentalists.

One early Azerbaijani musician who worked with Armenians was Shakili Alasgar. Though he was born to a poor family, his talent soon made him one of the most well-known singers of his time.

In fact, his ‘Bayati-Shiraz’ performance in Warsaw in 1912 was recorded on vinyl, making him the first Azerbaijani folk musician to have his music produced. He often included the Armenian kamancheh player Levon Karakhanov in his band.

Another prominent musician from this period was Islam Abdullayev, a Shusha-born mugham singer who often performed with Karakhanov and Tatevos Arutyunyan, an Armenian tar player.

These collaborations sometimes came at a great cost. Lazar Ter-Vartanesov was one of the most prominent Armenian tar players of his time and studied under the legendary Azerbaijani tar musician Sadigjan, who was known for making the Azerbaijani tar distinct from the Persian one.

Before setting up his own ensemble in Baku in 1905, he frequently toured the Caucasus with his Azerbaijani colleagues.  Only five years later, however, he had to flee Baku for Kyiv after receiving death threats from the Armenian Revolutionary Federation (Dashnaktsutyun) for refusing to give ‘contributions’ to their cause.

While living in exile, he entertained visitors from the Caucasus. Seyid Shushinski, a well-known professional singer from Karabakh, visited Lazar in 1914 along with his Armenian colleagues Baba Melikov and Ruben Karakhanov. According to Shushinski, Melikov jokingly told Ter-Vartanesov, ‘It’s lucky for us that you are in Kyiv, otherwise, we would lose our jobs.’

‘Free of nationalism and indifferent to ethnic matters’

The Azerbaijan State Archives also has records from later Armenian musicians. As both technology and Soviet cultural efforts advanced, many artists recorded their performances on vinyl.

In fact, there is an entire archive of pre-Soviet and Soviet-era vinyl records that contains many collaborative works. Azerbaijani-Armenian bands continued to grow and were found in a wide range of genres, primarily jazz and rock.

The break-up of the Soviet Union meant an abrupt split for many of these bands. One such band was the Rafig Babayev Quartet, which was founded by legendary Azerbaijani jazz musician Rafig Babayev and included artists from many different ethnic backgrounds. Babayev’s other band, the Rafig Babayev Instrumental Ensemble, also included the Armenian musicians Yuri Sardarov on electric guitar and Mikhail Petrosov on drums.

I recently came across a comment by Sardarov on a webpage dedicated to Rashid Behbudov, another legendary Azerbaijani singer. Sardarov remembered his days in Behbudov’s band as being free of nationalism and indifferent to ethnic matters. Sardarov left Baku in 1990 during the pogrom and now lives in Chicago.

One group of notable bands from this period was Gaya (‘rock’), a supergroup whose members kept changing over the years, and its splinter groups Talisman and Ashiglar (Also known as Ashugs).

Famous Armenian violinist Albert Asriyan was a key member of these bands. In fact, one of the earliest music videos ever produced in Azerbaijan was Asriyan’s ‘Kuvshin,’ directed by Sevinj Karimova and with lyrics from famous Azerbaijani poet Nabi Khazri.

Asriyan was one of the many affected by the Baku pogroms, and was forced to flee to Moscow with his family. Nationalism did what it does best — to destroy.

‘Music has no enemies’

Recent years have brought Azerbaijanis and Armenians together again — this time not to perform together, but rather to be a part of a larger music scene. Tbilisi, being the modern meeting hub of the Caucasus (thank God for Tbilisi!), frequently brings Azerbaijani and Armenian musicians together.

Babek Ahmedowsky, the lead guitarist of Azerbaijani jazz-funk band the Ahmedowsky Trio, often performs in Tbilisi. He told me that he considers the city a ‘second motherland’, as it is also the home of world-renowned jazz pianist Vagif Mustafazadeh.

According to him, music and art are the only remaining unifying tools, since there are few other connections to hold on to.

The Boiler Room music project was another revolution in the Caucasus music scene. In March, the project went on a tour of the South Caucasus and streamed live from Baku, Tbilisi, and Yerevan. What happened in the Yerevan broadcast shocked Azerbaijanis on social media.

Onetreeevn, a local Armenian DJ, wore a T-shirt with the words, ‘Music has no enemies. Baku and Yerevan are friends. Earth is our home’, written on it. What followed were a series of heated discussions about the shirt and growing approval from young Azerbaijanis.

Onetreeevn, for his part, later explained his choice of shirt in the best way possible: ‘I had the opportunity to send a message, and I took my chance’.

These developments, though hopeful and exciting, are nothing new. Instead, they are the natural continuation of a process that began well over a century ago of Azerbaijanis and Armenians coming together over music. Perhaps our politicians should start listening. 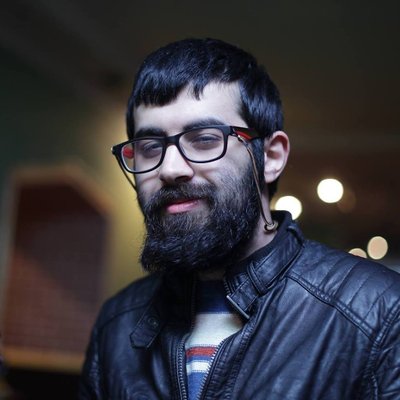