More than 25 years have passed since the beginning of Georgia’s armed conflicts — more than enough time for Georgian society and the political elite to assess what happened and why. It’s important that we evaluate where our progress stands in solving these conflicts, and whether we, as a country, need to reevaluate our aims and revise our policy — whether the achieved result are acceptable or not and if not, what we can change.

Even after 25 years, it’s clear that none of the parties in the conflicts (not one, but three conflicts) on Georgia’s territory have been able to reach their goals.

Russia’s aim was clear — to return Georgia to its orbit — but the opposite has happened. In taking sides, Russia has pushed Georgia even further from its grasp.

The Abkhazian and South Ossetian societies have also failed to reach their goals. Without recognition from the international community, they have not achieved their coveted independence. Most importantly, after the annexation of Crimea in 2014, they can see that their futures could also hold Russian annexation if they don’t start thinking of new approaches.

And Georgia for a quarter of a century has failed to reach its goal — restoring its territorial integrity.

None of the parties have succeeded, and they are all still hoping that sooner or later they will manage to without seriously considering the interests of those they are opposing. At this stage, the party to the conflict that manages to stand above their own interests — and to consider as well the interests of their opposite numbers — will create a new dynamic in terms of transforming the conflicts. If there is a political will, Georgia has the most real chance to implement a breakthrough in this regards, but at present, it continues to tread the same well worn path.

Despite the Georgian Dream government’s clear criticisms of the former ruling party, the United National Movement (UNM), and their policies for resolving and transforming the conflicts, the government is now following practically the same line. This is a major problem.

So what is the basis of Georgia’s current policy; a policy that is in truth simply a continuation of the UNM narrative? It is the idea that Georgia is a victim of Russia, that Russia is an aggressor, that Russia is an occupant, and that Russia has recognised the independence of Georgia’s territories. This position is strongly supported by Russia’s aggressive actions in Ukraine, which led Georgia to expect the entire world to resist Russia while protecting Georgian interests.

Georgia’s vision has not moved beyond this narrative since 2008, and it is significantly slowing down the process of resolving the conflicts. First and foremost, the responsibility to resolve conflicts lies primarily with the state in which they are taking place, and only after comes the importance of international support. But this has not been the approach taken by the government of Georgia.

On 12 June, the UN General Assembly adopted another resolution on the return of IDPs in Georgia, the European Parliament adopted an unprecedentedly harsh resolution against Russia two days later. Georgian society and the political elite are obviously satisfied with such strong support from the international community, and of course it's impossible not to assess these resolutions positively, but what is hidden behind them?

Two days prior to adopting the European Parliament resolution, Federica Mogherini, the EU’s High Representative for Foreign Affairs and Security Policy, said: ‘All our actions within [Abkhazia and South Ossetia] are fully coordinated […] approved by the Government of Georgia, and fully in line with Georgian engagement policy. Our policy is […] exactly in line with the approach of the Georgian government’.

It’s a nice statement to hear, but it doesn’t necessarily mean anything. We say that our primary strategy is to gain the support of the EU and the West, while the EU responds that they are following Georgia’s engagement policy. The virtuous cycle is bound up — Europe expects us to do something while we look at them for the answers, offering only the Georgian State Strategy towards Occupied Territories, a document approved by the UNM which has never worked or even been amended.

Counting votes in the UN is not a solution

The EU and other Western institutions have in recent years found themselves entangled in crisis after crises around the world. The conflicts in Ukraine and Syria lie in hot and unresolved phases; the realisation of the Iran Nuclear Deal has been challenged. In this and other issues, Russia’s consistent and hostile policy has become much stronger, while the US, a western power, reveals fluctuations and often implements inconsistent, mutually exclusive policy. In our region, the Russian–Turkish–Iranian axis is strengthening.

In such a difficult situation, the EU, NATO, and other institutions are keenly holding on to any relatively successful projects. As ongoing economic and political reforms in Georgia are considered one such successful project for the West, Europe remains reluctant to criticise Georgia over issues like conflict resolution, where the Georgian government clearly lacks control of the situation. However, experts in conflict know well how strict the EU is with member states and member candidates that have unresolved conflicts within their borders. We don’t need to stretch for examples, which include Cyprus, Serbia, Bosnia and Herzegovina, and many others.

The is a cause for alarm, as it could easily create a sense of complacency in which we can’t sense approaching threats in a timely manner. People often ignore the matter of how reconciliation with Abkhazians and Ossetians could happen, worrying only about how many more votes we will gain in the UN.

This attitude is extremely concerning because ten years have passed since the first of these resolutions in support of Georgia’s territorial integrity was adopted, and nothing has changed substantially; the annual resolutions have not helped IDPs return home. All we achieved this year was one more vote in our favour. Russia also gains vote by vote for their interests.

Considering around 60 states abstain on the resolution and another 40–50 do not show up at all, it’s not so difficult to see how many years we and Russia will spend happily counting votes if every year we are satisfied by single votes. But is this really success? Is this really how a government pleases its people?

‘Nothing is our fault…’

It can be a very dangerous thing to be in an overly comfortable a position in which nothing is our fault. The scariest possibility of all is that a feeling would spread that we cannot regain Abkhazia or South Ossetia — cannot get these people back and that there is no point in talking with them — shifting the entire responsibility onto Russia.

Sooner or later, this policy will lead to crisis, and we will start looking back for the point that it became impossible for us to move forwards. I am sure that when this happens, Georgian society won’t look for problems in themselves, but we will say that our allies failed our expectations and didn’t help us enough. We will blame our problems on others, and the West’s ‘passivity’ will become another scapegoat along with ‘Russian aggression’.

Our entire attention is now focused on the West, which doesn’t really have time for us but keeps adopting resolutions that favour Georgia, even though it is practically impossible to see any productive results of these resolutions with the naked eye.

I was writing about my views as State Minister of Reconciliation and Civil Equality back in June 2014, in a document proposing normalising Georgian–Abkhazian and Georgian–South Ossetian bilateral relations. Unfortunately, this document failed to make it through the state bureaucratic filter. It failed even to reach the stage of political discussions; relegated instead to the archives of the state ministry forever. If Georgia is serious about breaking through the stalemate; if there is a political will to change paths before it is too late, there are several things the country should do in terms of conflict transformation.

Step 1: restore bilateral relations with the Abkhazians and Ossetians

The first thing the Georgian Government should do is to restore direct contact with the Abkhazian and South Ossetian sides. It should recognise that they are parties to the conflicts, and treat them as such during negotiations.

That’s not to say Russia does not have a significant influence on Abkhazia and South Ossetia’s de facto governments, this much is clear, but if we do not speak to them it will do nothing but reinforce Russia’s position there. We should also acknowledge that Russia’s influence has become so great, in part, because from 2004 and the advent of the UNM’s new policy towards conflicts, we have transferred this influence entirely to them.

The current government has stubbornly repeated this narrative — that we are in conflict only with Russia, not seriously acknowledging the Abkhazian and South Ossetian sides in any way.

The major goal now, despite the risks it may carry, is to ensure we do not let Georgian–Abkhazian and Georgian–South Ossetian relations slip completely from our hands, no matter how big an influence Russia has on them.

The second thing the Georgian Government should do is to allow more European institutions on the territories of Abkhazia and South Ossetia. Cyprus, for example, is an EU Member State, but representatives of the EU and other Western institutions consistently work in and implement projects and programmes in Northern Cyprus — which the UN General Assembly has labelled occupied territory.

The Georgian Government should clearly state that despite not yet being an EU member state, but only an aspirant, we want the EU to implement projects to help cement European values in Abkhazia and South Ossetia.

The Georgian Government should agree that such projects should be implemented not from Tbilisi, but from Brussels. Of course, we cannot rule out that Russia may block activities by EU institutions on these territories, but this will do nothing but clearly demonstrate to the Abkhazian and Ossetian societies, as well as to the West, who is against conducting peace policy.

The third step is to solidify Georgia’s democratisation — demonstrating clearly it’s irreversibility. Abkhazian and Ossetian societies need to see a principal difference between the regimes in Georgia and Russia; but at present they cannot.

They see that each ruling political force here does its best to solidify and retain power as soon as they come into government. From their points of view, there is not a high enough level of democracy to get them irreversibly interested with Georgia.

The fourth direction is economic growth. It is important that Georgia’s economic potential and its European vector assures the Abkhazians and Ossetians that their involvement in the Georgian economy would open more perspectives for sustainable economic development, especially compared to with Russia.

The original version of the article first appeared on the website of the Georgian Public Broadcaster. The opinions expressed and terminology used in this article are the words of the author alone, and may not necessarily reflect the views of OC Media’s editorial board. 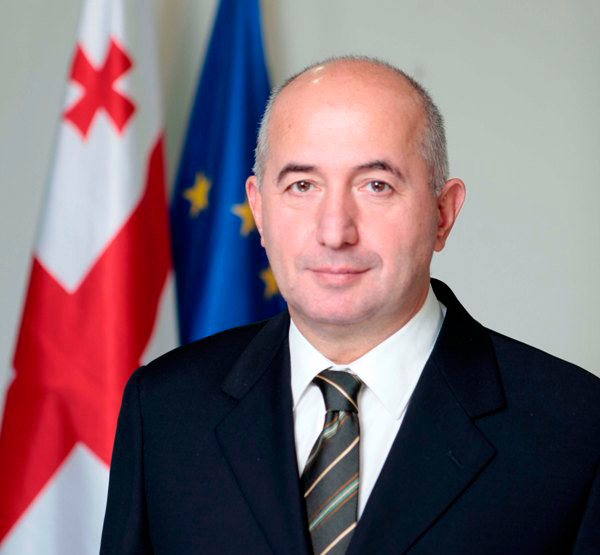 Paata Zakareishvili served as Georgia’s State Minister for Reconciliation and Civil Equality (formerly the minister of reintegration) from 2012–2016.

5. Armenians prepare to go to the polls in historic election

Opinion | The war did not save us