Tbilisi and its inhabitants are accustomed to major renovations at election times — a ‘tradition’ for politicians and city administrations. Such timely expressions of care for the city started under the United National Movement and have continued with Georgian Dream.

These projects seek to improve the appearance of buildings, streets, or entire neighbourhoods — from superficial painting of façades to technical interventions, from improvised additions to old structures to poor imitations of architectural ornamentation.

There is progress in and amongst these, but this is too often limited by a poor quality of construction and a lack of real forethought.

One-way is the wrong way

This year was no exception, with Pekini Avenue being overhauled. No buildings involved this time. It’s probably the first big project of its kind not in the historic part of the city and not about restoring cultural heritage.

Underground infrastructure, roadbeds, and pavements were all rehabilitated. it started at the right time — mid-summer, when the number of residents is at its lowest as people flee the heat.

While work was underway, traffic was temporarily made one-way. The authorities then announced that this would be made permanent, ostensibly to help traffic.

The move is wrong-headed, and goes against a trend of reverting one-way streets, making them two way. There are many reasons for this trend — not least that one way streets make cities far less pedestrian friendly.

While the aim of one-way traffic is to ease congestion, even this is often exacerbated. Without looking at the bigger picture, smaller side streets become clogged — as I have experienced first-hand around Pekini —  with people forced to drive longer distances to reach their destination. Well thought out one way systems like in Manhattan do not apply here.

Two way traffic is slower, thus safer for both drivers and pedestrians, and parking lines on both sides of the street serve as a buffer between cars and pedestrians or cyclists, giving them a better feeling of safety. The flows of people generated by two-way traffic means more people on both sides of the road, giving more access to shops and businesses on the ground floors.

Facing fierce criticism on social media (not least from me), the authorities claimed to have consulted locals, saying they had been positive about the change.

This was a poor way to involve the public in decisions about their city. Creating one-way streets is a very technical affair, the public does not, and cannot be expected to, know much about the many aspects that come into play, from urban design to transportation and traffic planning.

A bike lane to nowhere

When challenged on their car-centric thinking, city authorities announced bike lanes and a bus lane in the other direction along Pekini.

The head of Georgian Dream’s mayoral candidate Kakha Kaladze’s campaign former deputy Minister for Internal Affairs Archil Talakvadze, opened the street by cycling down the new bike lane. Talakvadze pledged that securing more space for cyclists and pedestrians would be a priority for them.

This work, however, was done under current mayor Davit Narmania. If Mr Talakvadze means they all are part of one big political team, the question remains why nothing was done about this during Narmania’s term.

This is another example of an urban intervention in Tbilisi that does not take a holistic approach; a local project not connected to any overall strategies. The bike lane itself is a good thing, but is an island in a city where pavements are still occupied by cars.

The bike lane starts and ends nowhere, at two of ends of Pekini Avenue. These bikes lanes will not be actively used until they are connected to a city wide net.

We need bikes as a healthy and affordable means of transportation to get around the city and a way of helping ease traffic jams and pollution, but for this to happen, more thought needs to be put into a citywide strategy.

A lack of quality control

The quality of such projects, as always, remains a real challenge. On several places on Pekini curbstones are higher than the pavement. The street was opened for traffic before lanes were drawn. The parallel Shartava Street, taking traffic the other way, still has traffic and parking lanes with signs for two way traffic.

Driveways into backyards have lowered pavements for cars, while it should be the other way around. The pavement should stay the same height for pedestrian and cyclists, cars can go up on a ramp on the curb.

Wheelchair ramps were forgotten on one side of several zebra-crossings, so new sections of pavement and curbs had to be demolished to make room for them. Where they were installed they were done so incorrectly, and had to be fixed using electric saws producing highly dangerous stone dust.

All modern cities try to encourage walking and cycling by building and improving infrastructure for it. Urban planning practices for the last two or three decades came to this conclusion, that it is absolutely impossible to eliminate traffic jams and that building more roads simply invites more traffic. The authorities in Tbilisi do not seem to have got the memo.

The priority here is still the car, at the expense of pedestrians. While discussing the positives and negatives of initiatives, decision makers in City Hall think predominantly of the traffic, the exact opposite of what the best cities do today i.e. invest in the comfort of pedestrians and cyclists and limit cars by various means.

Look at the junction of Pekini Avenue and Mickiewicz Street, where an island of grass at the pedestrian crossing used to stand.

After the rehabilitation this green has disappeared replaced by a car park. While most cities try to go greener, Tbilisi’s municipal administration does exactly the opposite.

Mayor Narmania promised a green city to voters back in 2014, but instead of redesigning this small green island and making it more accessible (e.g. moving it towards the pavement during the redesign), the green was removed and paved with asphalt for cars. Incidentally, advertisement billboards were left untouched in the middle of this new car park.

Putting a car park in the middle of a busy junction displays once again this lack of thought, this is not what you do if you don’t want more congestion at that junction.

Wide pavements at the corner of Pekini and Kazbegi avenues are still occupied by cars after the rehabilitation. Putting few bollards would help to secure it for pedestrians. But again, this does not seem to be a priority.

The problems with the current rehabilitation of Pekini are in no way unique. The same lack of thought and complex planning was evident on previous projects, which has lead to unforeseen negative outcomes.

This pedestrianised section of the street — which coincidentally opened in time for the 2016 parliamentary elections — has attracted a lot of people and private businesses. Such areas are popular everywhere and are the best places for restaurants, shops and other businesses, providing more street life and helping economic activities.

But even great projects, if realised without controlling, monitoring, and regulating mechanisms, can turn out into something absolutely not envisioned by the concept.

Left unregulated, it can turn into a disaster for locals and the city, can cause disproportionate use of one particular function or price segment, and thus gentrification — a change in social composition of the neighbourhood.

On Aghmashenebeli, restaurants and cafés now occupy the majority of the street, leaving on a narrow path in the middle for pedestrians. On busy days the street is jammed, making walking on this ‘pedestrianised’ street uncomfortable.

This happened because regulations were not in place to determine how far into the street the outdoor seating could go, an example of public space being used for private profit alone, at the expense of everyone else. So many guests sitting outside also means more noise, which disturbs local residents.

Basic regulations here, in place for such streets all over the world, could have made all the difference. Amsterdam, for example sets a maximum limit for certain functions like restaurants. When the limit is filled, no one can open a new café in that area. This keeps a balance of different activities acceptable for everyone  —  local residents, businesses, and the city.

This article was prepared with support from the FES Regional Office in the South Caucasus. All opinions expressed are the author's alone, and may not necessarily reflect the views of FES or OC Media. 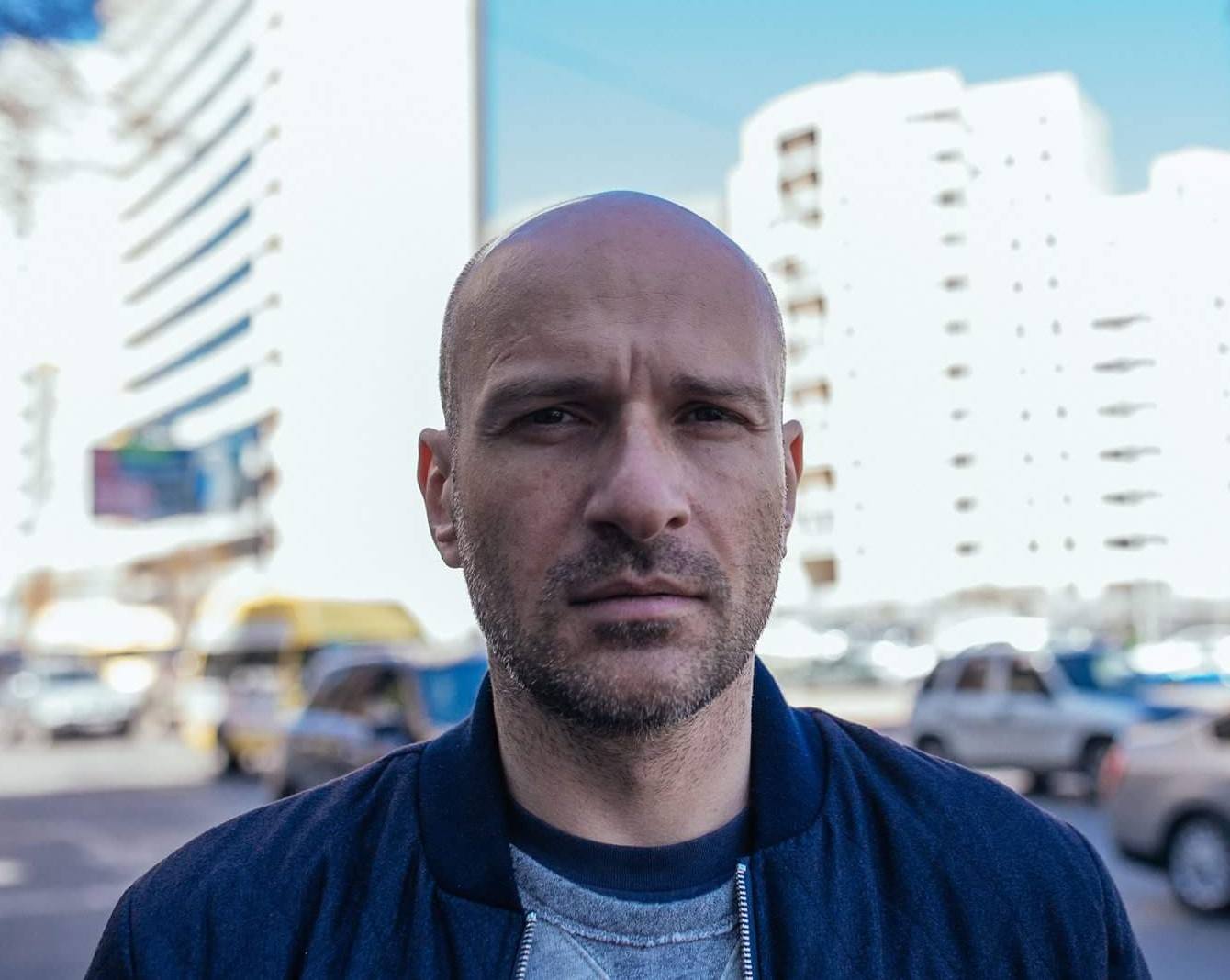 Irakli is an architect and urban designer consulting for a number of local and international organisations. He previously taught the history and theory of city planning.