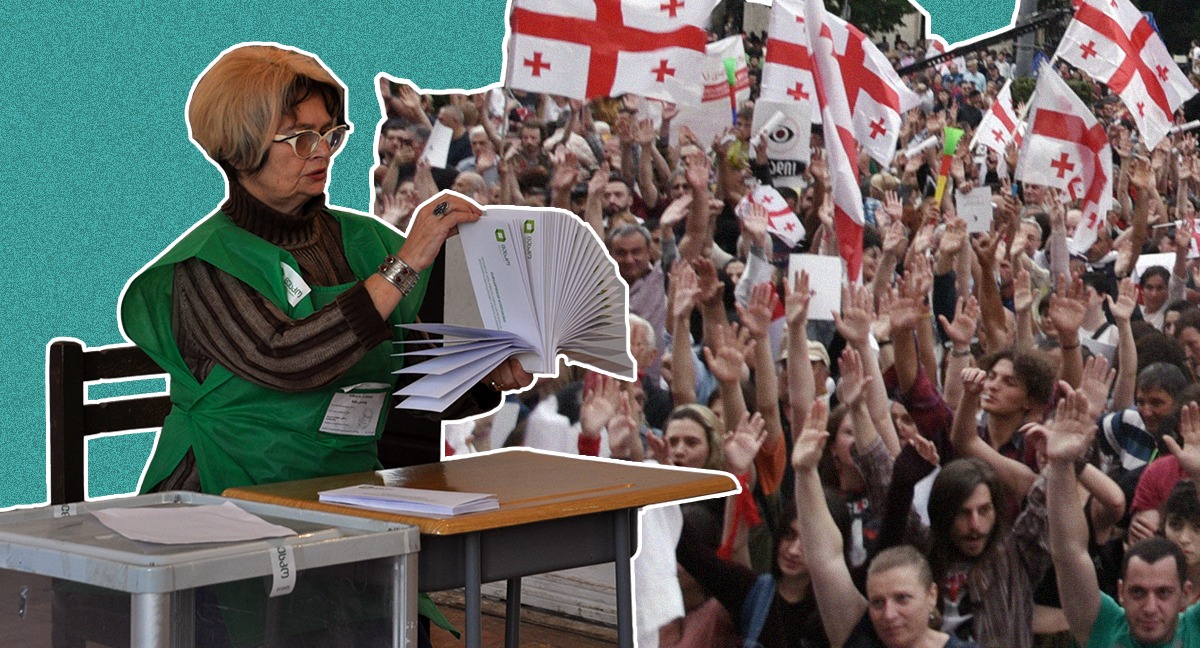 As Georgia transitions to a new electoral system, it’s up to young people to seize the opportunity to make Georgia a better place.

As political unrest in Georgia continues to swell, the Georgian Dream government has taken two key actions to pacify protestors. First, they removed Irakli Kobakhidze from his position as chair of parliament and forced the resignation of MP Zakaria Kutsnashvili, who was involved in inviting the Russian MP to appear in Parliament.

Secondly, and perhaps more critically, Georgian Dream has promised to hold 2020’s parliamentary elections with a proportional system — with no threshold for parties to enter parliament.

This pledge is not assured, as it would require a change in the constitution, but if realised, such elections will radically change Georgian politics. It could eliminate one-party dominance with a constitutional majority which almost every government has enjoyed.

It’s now up to young people to ensure those changes are positive, moving us toward a more democratic, inclusive, and equal Georgia.

A challenge to the two-party system

An all proportional election will mean there will be no more ‘majoritarian’ MPs, that is, those elected on the Anglo-Saxon system where the person with the most votes in each electoral district wins one seat. Currently, majoritarians fill half of the 150 seats in the parliament.

While the majoritarian system may seem innocuous, it has fueled corruption and hindered democracy in Georgia. Over time, many majoritarians proved to be opportunistic local businessmen trading their votes to any ruling party to benefit their own private interests.

Majoritarians have blocked further democratisation of political parties and of the country. Thus, an all proportional election holds the promise of movement toward a more democratic Georgia.

Georgian Dream also promised no threshold for 2020’s election. In the past, thresholds were set at different percentages of the vote, most recently at 5%. This was the minimum percentage of the total vote that parties had to overcome to get any seats in parliament.

In practice, no threshold means a very small threshold of 0.67% to win a single seat and enter parliament. If the 2016 parliamentary election were all proportional with no threshold, a candidate would have needed just over 12,000 votes to win a seat in parliament.

The no-threshold rule has the potential to help smaller parties. If this rule were in place during the last parliamentary elections, seven more parties would have gained seats.

This would mean a much more diverse landscape of political parties for Georgia than exists now: because a 5% threshold was in place in 2016, some parties disbanded or broke apart after the election.

Thus, moving to all proportional elections with no threshold is likely to facilitate the addition of many of these smaller parties to the two major parties — Georgian Dream and the United National Movement (UNM).

The opening is risky

Yet the benefits of fully proportional elections are not inevitable and it is important to consider what might be motivating Georgian Dream to undertake this initiative — which NGOs and some opposition parties have long demanded — at a time when it does not enjoy a constitutional majority and needs the cooperation of an opposition with which it is on worse terms than ever.

What I fear is the emergence of murky groups. Georgia has a history of mysterious political groups emerging before elections, with people running together who we could not imagine could even dine together. Sometimes they are secretly pushed into elections by the two existing parties or by criminals.

One recent example is from the 2016 parliamentary elections when a newly created opposition party led by opera singer Paata Burchuladze unexpectedly merged into an election bloc with a pro-cannabis youth party, Girchi. It appeared that this bloc was for sale to either UNM and Georgian Dream. Such political experiments would be less amusing if Russia were to interfere in the elections.

Proportional elections with no threshold also provide an opening for parties who recently banded together under the United Opposition Coalition to run separately, thus weakening an already loose coalition.

This may give the opportunity for Georgian Dream Chair Bidzina Ivanishvili to embolden the politicians who came from smaller parties but are now members of Georgian Dream to return to their original parties and run separately. By doing so, they could provide more space for Ivanishvili’s new people on the Georgian Dream party list, while remaining attached to that party in practice. Smaller parties may become adjuncts to power, being co-opted by the interests of either Georgian Dream or the UNM.

Further, it will be difficult for smaller parties to establish themselves as major, independent powers in parliament, even if they do have a greater chance of gaining seats. Their role will be important in building coalitions, but coalition building might not only be about policies and leaders but about buying and selling, as Labour Party leader Shalva Natelashvili has done several times.

A third power is attainable

This is not to say that the shift to fully proportional parliamentary elections has no potential to catalyse a stronger democracy in Georgia. It offers a great opportunity.

However, to translate this opportunity into reality, Georgia’s youth must enter politics and think strategically and cohesively about how to wield their political voice.

Dissatisfied young people, who are so politically engaged but have remained largely outside of formal politics, should form a political party and campaign for the 2020 elections. These young people, if they can garner enough voter support, could be an incredible force for Georgian democracy. However, the road ahead of them is difficult.

People in Georgia need to free themselves from a tradition where parties dominate absolutely before disappearing quickly and completely, or, as many young people still say of the UNM, ‘ought to disappear’.

That tradition is based on the Communist Party of the Soviet Union, which totally monopolised power and then disappeared; the same happened to  Tsarism. In Georgia, everyone lived through the end of something big and bad.

We now assume that everything bad should vanish completely. Since we think Mikheil Saakashvili’s UNM government was bad, his party ought to vanish. If the Georgian Dream government has problems, it should vanish and give power to a third power.

This third power is never clearly determined, but people want it to be totally new and totally clean; one that had not grown naturally from dirty earth but rather fell from the blue sky.

Both young people who are politically ambitious and voters should get used to the idea that a third power will have to coexist and work together with the existing parties, which in fact will make a third power possible.

The left needs to consolidate

To seize this opportunity, it is necessary to overcome tensions between existing left-minded groups. Over time, several relatively small leftist youth groups have organised in Georgia, and these groups are not on good terms with each other.

However, political potential and distrust of the existing government and political system unite leftist groups. Today, they have an opportunity to turn themselves into a cohesive political power, which could fight for change.

As well as connecting with one another, young people need to connect to voters. They must persuade disillusioned people to vote. Participation will be everything. Young people have to put aside arrogance and fancy political terminology and to go out of their downtown Tbilisi neighbourhoods to meet and connect with voters from all walks of Georgian life.

…and learn to compromise

As well as connecting with voters, young people need forge partnerships to gain the necessary intellectual and financial resources to achieve the political change they seek. Young people have to put aside their Caucasian pride and search and be open to both political advice and financial support — big or small.

Lastly, to create a successful political movement, young people must recognise that change might be incremental, rather than absolute.

The two rounds of 2018’s presidential election showed that more people are willing to vote for the UNM to punish Georgian Dream, while still being unwilling to facilitate UNM’s actual return to power.

The protest against Russian officials in our parliament showed that young people were willing to go into the street when called on by the UNM and its allies. They have, however, kept their continuing protests separate from the UNM.

Young people of the left should stop demonising Georgian Dream and the UNM and should stop marginalising supporters of those parties. Instead they need to put forward their own agenda and get votes for it.

Young people have to organise into a party that accounts for diverse perspectives; they have to talk to people in the people’s language, convince voters, accept the existence of two big parties, get used to the idea that their party will have limited power at the outset and will have to cooperate sometimes with those hated bigger parties.

We all have to understand that things do not come all at once. But we have to start. And we should start now!

Even though there are many ‘ifs’ and many ‘what abouts’ along with many real and large obstacles, we do not have the leisure of ‘we’ll see’. All the bad outcomes Georgians fear will come true if the opportunity is not picked up by angry and ambitious young people.

It is time to channel young people’s views, public protests, and energy into politics. Now it is upon young people to convince voters that they have to push together into what we want Georgia to be. 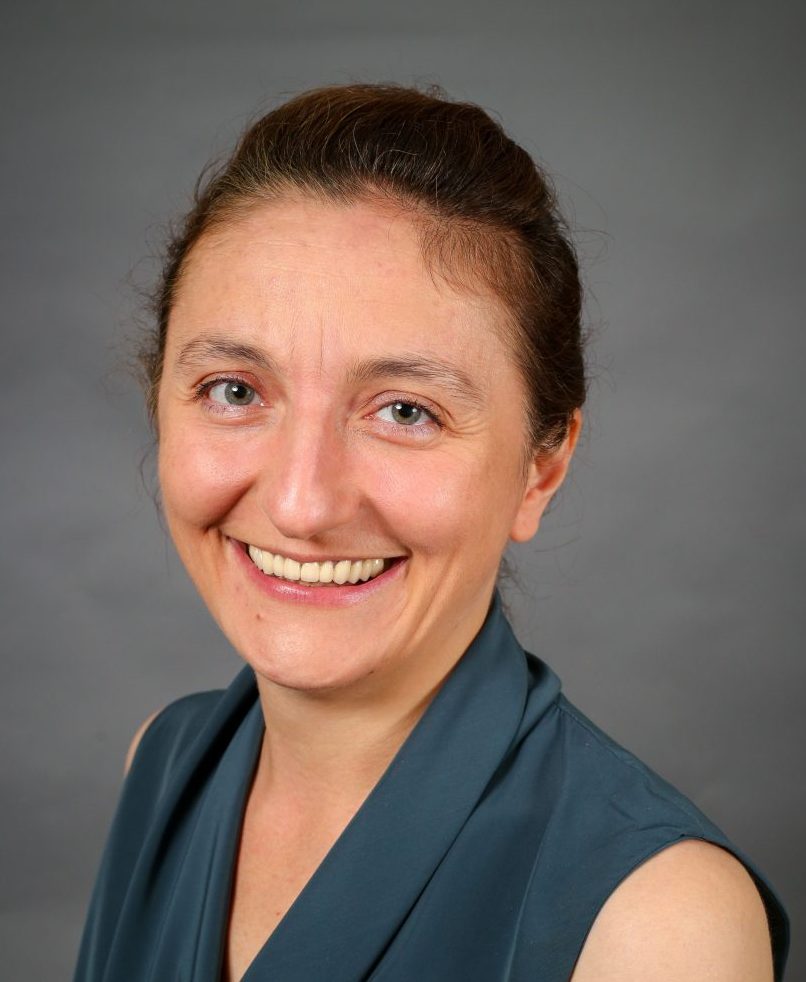 Vera is a civic activist and a medical doctor. She is one of the founders of You for Democracy, a Tbilisi-based NGO focusing on developing a youth activist network in Georgia.