The worsening rights situation has forced many queer Georgians to leave the country. Georgian politicians and civil society need to make a choice, do they want a western, or a Russian-style democracy.

The decision to organise Tbilisi Pride was neither spontaneous nor easy to make, considering the deeply ingrained homophobia and transphobia in our society, the rise of the far right, and the hatred and aggression spread by the Georgian Orthodox Church over the past years. The state has also repeatedly failed to address these challenges in an effective manner, making our road to defend our rights even rougher.

Both the aftermath of the club raids in May 2018 with its rave protests, and the following International Day Against Homophobia and Transphobia on 17 May, whose trademark rally was cancelled by the organisers, left a lot of activists angry or apathetic. The polarisation among social movements and activists became vivid and gaps widened. I feel the system once against managed to turn us against each other and we weren’t ready to push back. A lack of experience, internal divisions, and also the strength of state machinery led to a near disaster of different social movements, which to some degree endures up until now.

For the queer community, the migration of Lesbian, Gay, Bisexual and especially Transgender youth to Europe is one of the consequences of this indifference and apathy. The EU visa liberalisation, in particular, presented an opportunity to start a new life elsewhere and many of us went aboard.

Georgia’s homophobic society, its widespread hatred and aggression, problems within the family — in coming out, with domestic violence, and lack of opportunities for people to live an independent life — and an overall sense of hopelessness have led to this mass migration. However, my story took a different turn.

After several years of working and living in the EU, I moved back to Georgia with high motivation and hopes to engage in queer rights activism and make my tiny contribution to what the community has been fighting for for the past several years. Back then, the White Noise Movement was very active, Bassiani and the club scene were booming, social changes seemed real. However, a lot of these processes have slowed down in the aftermath of May 2018.

Deriving from that experience, I see Tbilisi Pride as an opportunity to unite people against hatred, to stand up against inequality, and to send a message to everyone that we need to start doing something about our future. We are bringing intersectionality into our activism and Tbilisi Pride will be an initiative that will focus on wider issues, like social inequalities, the state of the education system, poverty, and not just defending our right to freedom of assembly.

In a broader sense, I believe that Georgia’s queer community has an exceptional sense of solidarity towards other groups. We have been active in most of the progressive social movements in the past decade, yet it has been rather a one-sided love affair and these other groups often shy away from expressing their solidarity back. Now it is time for them to support our fight for equality.

I believe that hatred and aggression are problems not only for the queer community, and that they are equally damaging to everyone. If we want to build a democratic, European state, we need to become more respectful of each other’s differences.

Tbilisi Pride is going to be a platform for raising these issues. We will be loud and vigorous in our fight for equality. But we cannot do it alone. We need support from civil society, from both those on the left and those on the right.

We need political parties to stop instrumentalising us, we are not another issue, we are people! we need the Orthodox Church to stop spreading hatred and violence and open itself to new approaches, we need the government to make tangible steps for equality. We need the police to be assertive and effectively respond to threats from radical groups and we need the president, prime minister, and other high officials to make supportive statements and to march with us for equality. We need media to stop showing LGBTQI persons as a freak show or exotic animals.

These demands might seem like a lot, but I believe that changes are possible if we make just a little more effort and show solidarity towards each other.

A lot depends on the government’s efforts. Considering the statements and direct threats made by far-right groups, the government needs to be assertive like never before.

Politicians need to make a choice, whether we will go in the direction of Russia — where queer rights mean nothing — or whether we will build a true western democracy, wherein the rights of all citizens are protected and everyone has equal opportunities.

Pride is the biggest test for Georgian democracy to me. It will show where the ruling Georgian Dream Party stands with regard to equality and to what extent they are committed to the values that they claim to share with Europe.

The opinions expressed in this article are the author's alone and do not necessarily reflect the views of OC Media’s editorial board. 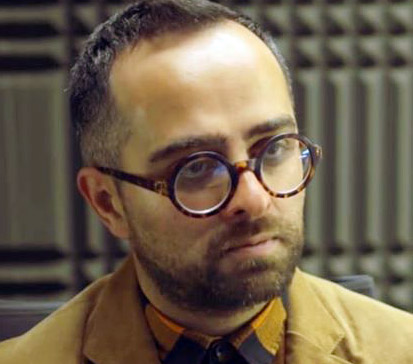 Giorgi Tabagari is a queer activist from Tbilisi and one of the organisers of Tbilisi Pride. He has worked for a number of local and international organisations across Europe, primarily focusing on the media, queer human rights, and EU affairs.