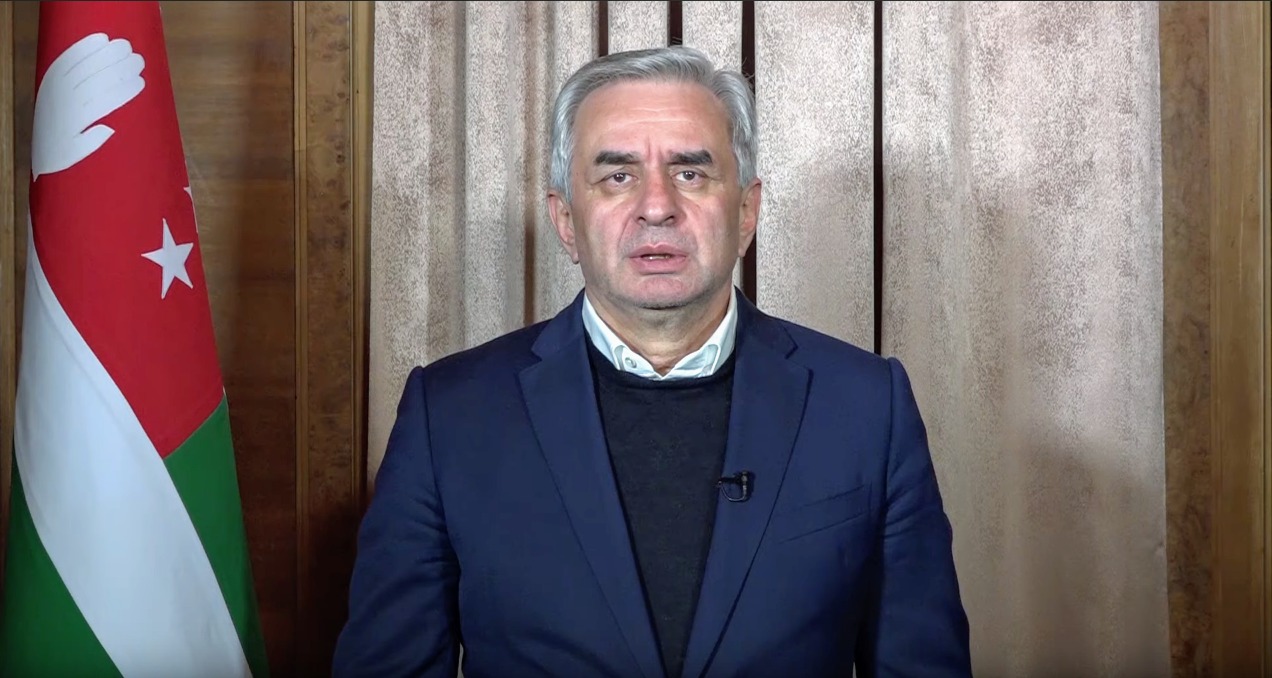 The President of Abkhazia, Raul Khadzhimba, has stepped down effective immediately following days of anti-government protests and a Supreme Court ruling that his election was unlawful.

In an extraordinary session of parliament on Monday, lawmakers accepted Khadzhimba’s resignation and confirmed Head of Government Valeriy Bganba as acting President until a new vote is held.

Khadzhimba announced he was stepping down in a video address late on Sunday evening. He also confirmed he was relinquishing his powers immediately, ‘in order to preserve peace and stability in the country’.

‘I support all the processes continuing within a legal and constitutional framework, the alternative would be self-destructive. We achieved quite a few goals, with your help […] many we could not. We must understand that there is no alternative to peace and mutual understanding, as we belong to one nation’, Khadzhimba’s statement read.

His resignation came hours after Abkhazia’s Central Election Commission (CEC) set a date for a rerun of last year’s presidential election for 22 March.

CEC announced the date two days after the Supreme Court reversed a previous decision from 20 September and upheld an appeal by opposition leader Alkhas Kvitsiniya.

Since 11 September, presidential runner-up and head of the Amtsakhara Party Alkhas Kvitsiniya has disputed the official results of 8 September’s second round as unlawful.

Kvitsiniya argued that as neither candidate won more than 50% of votes, the election results lacked legitimacy and should have been declared void — an argument that the Supreme Court accepted after four months of legal battles and the day after protestors stormed President’s administration.

The opposition broke the news of Khadzhimba’s impending resignation after a meeting between the beleaguered president and opposition leaders Aslan Bzhaniya and Alkhas Kvitsiniya on Sunday evening.

As the opposition celebrated the news, Bzhaniya acknowledged Russia’s ‘help’ in overcoming the ‘political crisis’.

The Deputy Chair of the Russian Security Council, Rashid Nurgaliyev, who arrived in Abkhazia several days earlier, mediated the meeting.

Khadzhimba had previously shown little sign he intended to step down, and had publicly rejected announcements by the Supreme Court and the CEC that his election was unlawful. There were no reports of him meeting Russian President Vladimir Putin’s aide, Vladislav Surkov, who arrived in Abkhazia earlier that day.

Surkov was identified by many observers as having brokered the departure of President Aleksandr Ankvab following the opposition upheaval led by then-MP Raul Khadzhimba in May 2014.

Russia was also seen as a key player in seeking a renewed vote after Khadzhimba lost the 2004 presidential election, ultimately securing a vice-presidential post for him under President Sergey Bagapsh after 2005 snap elections.

While positions on some aspects of Abkhazia’s relationship with Russia, such as granting Russian companies permission to explore oil off its coast, vary, all influential political groups in Abkhazia support pro-Russian foreign policy.

During his election campaign, Khadzhimba also advocated even deeper ties with Russia.

Russia was the first country to recognise the independence of Abkhazia on 26 August 2008, following the August War. This prompted Georgia, which lost control over the territory in the early 1990s, to cut diplomatic ties with Russia within days.

Presidential candidates are expected to be named in 9 days time, a month before the elections.

In the first round of voting on 25 August vote, the Amtsakhara Party leader Alkhas Kvitsiniya proved to be Khadzhimba’s main contender, winning 23% of votes compared to the incumbent president’s 25%, sending the elections to the second round.

In the 8 September presidential run-off, Kvitsiniya narrowed the difference even further, coming second with 46% against Khadzhimba’s 47% of votes.

Kvitsiniya was a last-minute replacement for Aslan Bzhaniya, who was expected to challenge Khadzhimba for the presidency before falling suddenly ill in April. Bzhaniya was backed by a coalition of opposition forces.

Bzhaniya, a former head of Abkhazia’s State Security Service (SGB) and an ally of former President Aleksandr Ankvab, was rushed to the Buyanov Moscow City Clinical Hospital and later, in June, transferred to a hospital in Berlin for recovery. The incident triggered allegations among his supporters that he was poisoned.

The government vehemently denied claims Bzhanyia was poisoned, and disputed that Bzhanyia was their main challenger at all.

Nevertheless, after facing calls for ‘open-ended civil disobedience’ by opposition groups in late May, the president agreed to postpone the election date, originally set for 21 July, until August.

Bzhaniya returned to Abkhazia only in mid-December, amidst Kvitsiniya’s legal battles to void the September vote.