The average household income in Georgia almost halved during the pandemic, a new study by CRRC Georgia has found.

‘Given that most, though not all, businesses have re-started operations, the recovery has likely further progressed in the last month and a half,’ the studies authors said. 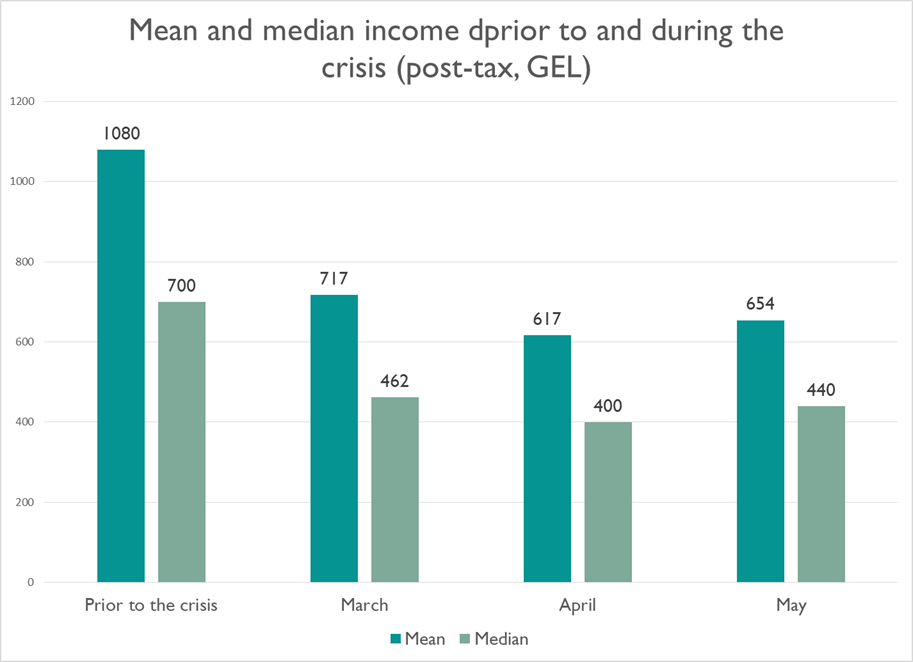 According to the study, 13% of households reported having no income at all in May, up from 1% who said they had no income prior to the crisis.

The findings are part of a wide-ranging survey conducted by CRRC Georgia and funded by the Dutch Embassy in Georgia on public opinion during the coronavirus crisis.

Over 6,200 people were surveyed in six waves between 29 April and 6 June. The reported margin of error for each wave was around 3%.

The Economic cost of the virus

Georgia’s economy has not escaped the global economic downturn that has resulted from COVID-19 and the measures taken to prevent its spread.

According to World Bank forecasts, Georgia’s economy will contract by 4.8% in 2020, which would be the worst year for the economy since the early 1990s.

The World Bank also forecasts that the country will rebound in 2021 with a 4% growth rate, just half a percentage point lower than their pre-COVID forecast.

According to CRRC, the crisis has not affected everyone equally. ‘People with lower levels of education were more likely to report both job losses and lower household income during the crisis, suggesting that those who were worse off were disproportionately affected by the crisis,’ the study says.

The study found that the public overwhelmingly supported the government’s response to COVID-19, and approved of almost all of the measures taken to fight the virus. However, by May, respondents said they prioritised the economic wellbeing of the country over controlling the spread of the virus. 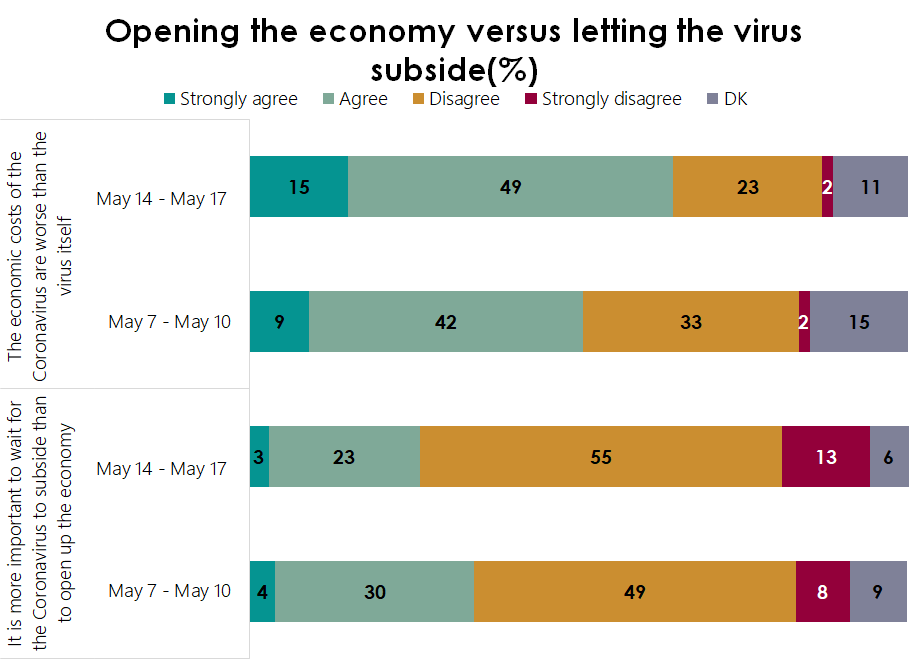 The government has responded to the economic consequences of COVID-19 with a raft of subsidies and social assistance payments,

The measures included payments of ₾200 ($63) in monthly social assistance in May-October for those who lost their job during the state of emergency. It was slated to apply to around 350,000 people, but according to the government, less than 92,000 people had applied by June.

The anti-crisis plan also included single-time payments of ₾300 ($94) to self-employed workers who lost their income. Seasonal workers and self-employed people who frequently crossed the border to work in Turkey were also eligible.

The government also freed businesses from income tax on salaries below ₾750 ($240), committed to buying residential apartments for IDP housing if a construction company failed to sell 30% of their space and to subsidise mortgage loans of up to ₾200,000 ($63,000) taken before 2021.

The measures received widespread public support according to the CRRC study.