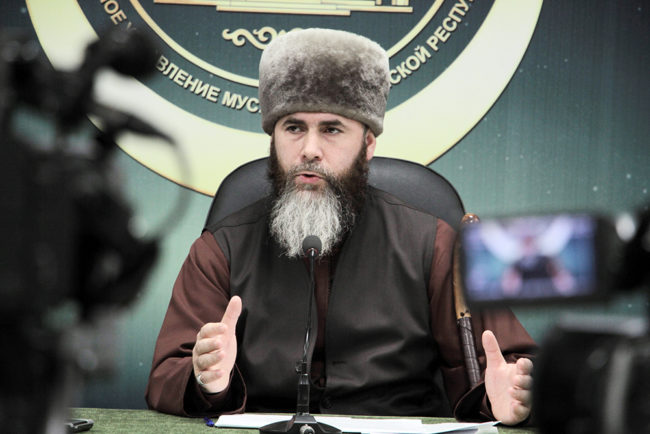 Salakh Mezhiyev, the head of the Spiritual Administration of Muslims of Chechnya said on 24 April that there would be no other branches of Islam present in Chechnya, except Sunni Islam. He alleged that the Iranian embassy in Russia distributed missionary literature in order to recruit new followers in its ranks.

Mezhiyev said that Iran was the major actor behind the spread of Shiism in Russia. He alleged that Iran used international regulations instrumentally to spread the religious literature throughout Russia, which in his opinion, Sunnis should not be reading.

‘We all should be vigilant. Russia has its own relations with Iran, which through its cultural centres spreads books such as Ayatollah Said Ali al-Sistani’s Collected fatwas, Hossein Saidi’s Character of the Prophet of Islam and Character of Ali ibn Abi Talib. These and many other books confuse youth. If you don’t know the author or if you question the book’s content, don’t sell it, don’t buy it, or read it! There are Russian translations as well, published by the Shia. You can not read and follow their information. We warn people that we won’t allow neither Shiism, Wahhabism, nor any other branches, which contradict Sunnism in Chechnya’, Mezhiyev stated.

The mufti also stressed the merits of Chechnya’s leader Ramzan Kadyrov in strengthening Islam in Chechnya. He called Kadyrov ‘the Lion of Allah’.

In Chechnya, Shiism, and Salafism, which local religious authorities refer to as Wahhabism, have been banned for a long time. In neighbouring Ingushetia, there is an underground community of local Shias of less than 100 followers.

Three years ago, Sunni followers in Ingushetia organised an attack on a house where Shias conducted religious rituals. Also, some religious authorities appealed to the head of Ingushetia, Yunus-Bek Yevkurov with a request to ban the spread of Shiism in the republic. Yevkurov responded that Ingushetia was a part of Russia where freedom of religion is respected.

3. Kadyrov causes outrage in Daghestan with comments on Imam Shamil

Opinion | The war did not save us