The Bolnisi Museum is a gem you should visit even if you have just a few days in Georgia. The findings it displays inspire awe and may even change how you look at the history of human development.

Around an hour’s drive south of Tbilisi, the Bolnisi Museum is the major exhibit for the archaeological site of Dmanisi — where the first hominins outside Africa were found. Opened two years ago as the pandemic got going, the museum is a first-class attraction, as its nomination for the European Museum of the Year Award in May 2022 attests. Covering an extraordinary time span, the Bolnisi Museum sparks thoughts that may be relevant beyond Bolnisi, too.

History should be locally owned, and Kvemo Kartli, with its many extraordinary historical sites, deserves a place where local people can connect to their region’s past. Knowing that there is a museum to be proud of can confer a sense of recognition. The charismatic architecture by Gaga Kiknadze of Architects.ge — an angular building with a metal structure jutting out on its left to proclaim prominence — does that intention justice.

The Museum has the right size to engage visitors: four halls dedicated to various periods. The texts in Georgian and English are well-crafted and establish the context in ways that should be interesting to most visitors. What was intended as a 20-minute raid ended up lasting over an hour.

The first hall shows Kvemo Kartli's plausible claim to international fame. Excavations near Dmanisi ‘have revealed an extraordinary record of the earliest hominid dispersal beyond Africa (1.75 million years ago)’, as the UNESCO list of tentative World Heritage sites says. The formal summary for the Dmanisi entry, submitted in 2007, adds that ‘this is the richest and most complete collection of indisputable early Homo remains outside of Africa’ and that it may have great potential for further finds.

A life-size drawing in the first room immediately draws attention: the hominid dwarfed by a giant ostrich, a rhinoceros, and an elephant, while surrounded by a sabre-tooth tiger and other animals that look as vicious as some of Georgia's contemporary sheepdogs, and likely still in the habit of making food of hominids rather than receiving it from them. As one walks by, the original finds light up from behind, providing context for how the great illustration (by the Spanish-Venezuelan paleoartist Mauricio Antón) draws on the bones that were found on site.  As the lit-up bones in the back fade, you again look at the drawing and can contemplate the relationship of parts to the whole, and, if you want to entertain these thoughts, how you are looking from your own skull at another.

The next hall offers a rich display of Stone, Bronze and Iron Age tools arranged in luminous arcs. The texts explain that it took considerable skill to drill an eye into a needle made from bone. For stitching fur, or stringing berries together to dry, that little enhancement made a big difference. The cabinets arrange tools in neat categories, each unique and independently crafted, illustrating how early humans worked with and against material that they had not yet fully brought under control.

Significant space is given to Sakdrisi, one of the oldest gold mines discovered in the world. That Sakdrisi was blown up at the end of 2014 — one of the more dispiriting chapters in the story of how Georgia has dealt with its historic wealth — finds no mention. Present mining, while providing employment, has not brought significant wealth to the region. The exhibit shows what kinds of tools were used to search for and extract gold before dynamite was invented.

Almost two thousand years are covered by the third hall: stones from churches, the first Georgian inscriptions, sit beside gravestones inscribed in Arabic from the medieval cemetery of Dmanisi to the ‘innocent deceased … Sherif Ed-Din’, reminding readers that ‘this world is momentary, so be meek’. Now, too, we see the first evidence of trade, with ceramics that are believed to originate from 13th century Persia.

The German settlement of Bolnisi from the early 19th century is the main focus of the fourth and final hall. It traces their migration path from Swabia, in Germany, along the Danube and the Black Sea. The settlers set out in 1816 in part due to climate change; the ‘year without a summer’ that followed a volcanic eruption led to food shortages across Northwestern Europe. A rolling presentation — only in German — tells more about the settlers who brought their distinct half-timbered houses to ‘Katharinenfeld’, as Bolnisi was called then. Various objects and photos give a sense of a bygone era: choirs, cycling associations, and a community that did not know it would not last.

The exhibition ends a tad abruptly, as one steps from this extraordinary journey through time right back into the foyer. It is, literally, the longest local voyage through human history that anyone can have outside of Africa. With this scale, larger questions also suggest themselves. How do we encounter time on such a barely fathomable dimension?

Perhaps museums of such stature — one place, so much time — urge us especially to reflect on questions of commemoration, community, and citizenship. This is to engage rather than quibble. The Ethics of Political Commemoration can assist engaged reflection, as it seeks to support attempts to fit a complicated national and human past into a common future by examining what stories get told and whether these stories are on the side of individuals or whether they seek to subordinate and exclude.

The museum could perhaps have revealed more about its genesis, engaging its visitors to connect not just with the buried past, but also with the presence of discovery. Though the Austrian archaeologist Thomas Stöllner is pictured meticulously excavating, key luminaries of Georgian archaeology — Leo Gabunia, David Lortkipanidze, Abesalom Vekua, to name some who led excavations — are barely shown. Highlighting how quality scientific work often is based on both local competence and transnational collaboration could help local visitors and schoolchildren imagine how they, too, could contribute. As it stands, one can have the impression that the museum had landed here almost as if it was a spaceship.

We also barely glimpse the broad team behind the museum, which included the great staff of the Georgian National Museum in Tbilisi. Bogota-born artist, museographer, and curator Lina López designed the general concept of the exhibition. Additionally, the German Archaeological Institute, museums in Berlin, Bochum (Mining), Frankfurt (Archaeology), and Tübingen, the Prussian Cultural Heritage Foundation, the Senkenberg Research Institute and Museum and members of the universities of Toronto and Tübingen also contributed.

In this way, the museum illustrates that ‘you can rely on other people without losing your identity’, as the American thinker Jaron Lanier has put it in another context. International engagement can help to discover, preserve, and even elevate local greatness, giving it truly a legitimate authority. ‘National’ histories, too, are collaborative, not the realm of the (mostly) men who try to bolster their own standing through its invocation. A good museum can act as an anchor against those who seek to pull others into their exclusive and authoritarian tales. In Georgia, transnational contributions are not restricted to Bolnisi or Tbilisi: López, for example, has played a major role in other much-lauded exhibitions in Akhaltsikhe, Mestia, and Vani.

One hopes that guided tours might make the museum come alive for local Azerbaijani and Armenian visitors, too. While a locally-made carpet and some musical instruments are showcased, friends report that Azerbaijanis living in Kvemo Kartli have said that they do not really find themselves in the exhibit. There is little on how Seldjuk history enriched the region.

Museums, like societies, need to make compromises. Both face limitations of space, time, and resources. Moreover, their constituencies can have competing and even contradictory aims. Experience seems to show that museums and societies can struggle to find and retain people willing and capable of administering them for the greater good, to use an old-fashioned term.

Within these constraints, the compromises in themselves can be instructive, which is why it is worth reflecting on them. All the more reason to visit the Bolnisi Museum: citizens should assert their moral autonomy by engaging with the exhibit and also its omissions and limitations, not merely treating it as a spectacle to be consumed.

Kvemo Kartli is in many ways quintessentially Georgian: the longest of histories; bones, needles and carpets; a land of complementarity interspersed with attempts at assertion or even supremacy next to each other in time and space, with partial and only partially overlapping accounts of its past, and its strong tectonic pressures. To look at the angles and refractions of this diamond, too, is a reason for dedicating a day for a trip from Tbilisi to wander through more than a million years of human history.

Erica Benner kindly contributed some comments to this article. 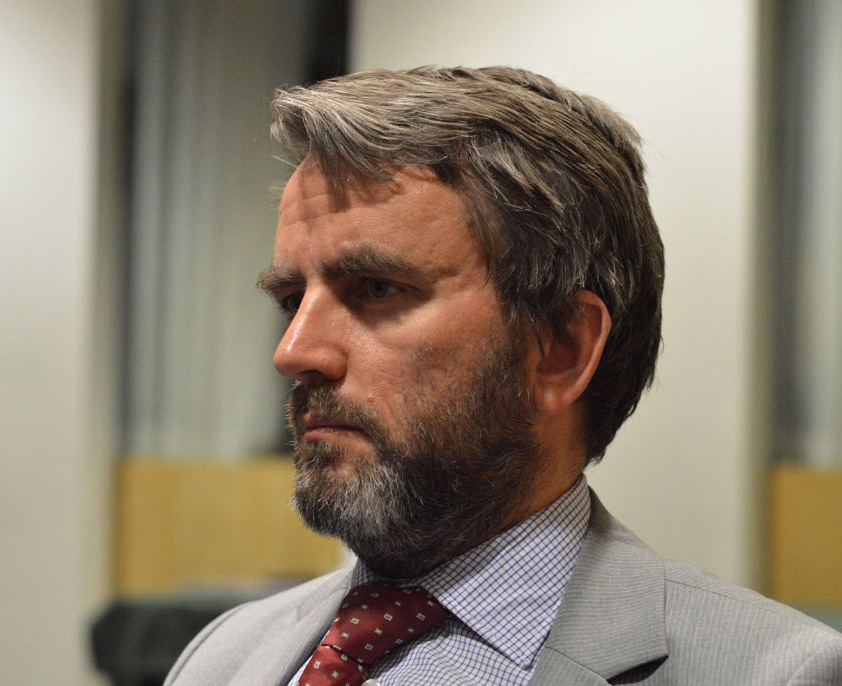 Hans teaches at Ilia State University, is a Senior Fellow at the Center for Peace and Conflict Studies, Seton Hall University, and regularly writes on questions of ethics and commemoration. Hans is on Twitter at @HansGutbrod.