Recent CRRC Georgia data suggests that half of the public believes that public officials don’t care about their opinions and that they do not have a say in what the government does.

Amid fears of democratic backsliding and as Georgians grow more jaded with the politics of Georgia — be it from opposition or ruling party politicians — data from the Caucasus Barometer 2021 survey suggests that older people, women, and people coming from poorer households feel especially alienated from politics.

The Caucasus Barometer asked six questions that made it possible to examine voters’ feelings and attitudes towards the political system and decision-making in the country.

More than two-thirds of the people (69%) do not feel well qualified to participate in politics, 53% consider politics to be too complicated to understand, and half of the public thinks they do not have a say in what the government does (59%) and that public officials do not care about their opinions (51%).

At the same time, a third of the electorate believes that they have a good understanding of the important political issues in the country, while 39% of the public believes that their vote will not make any difference.

Who is more likely to be politically alienated? 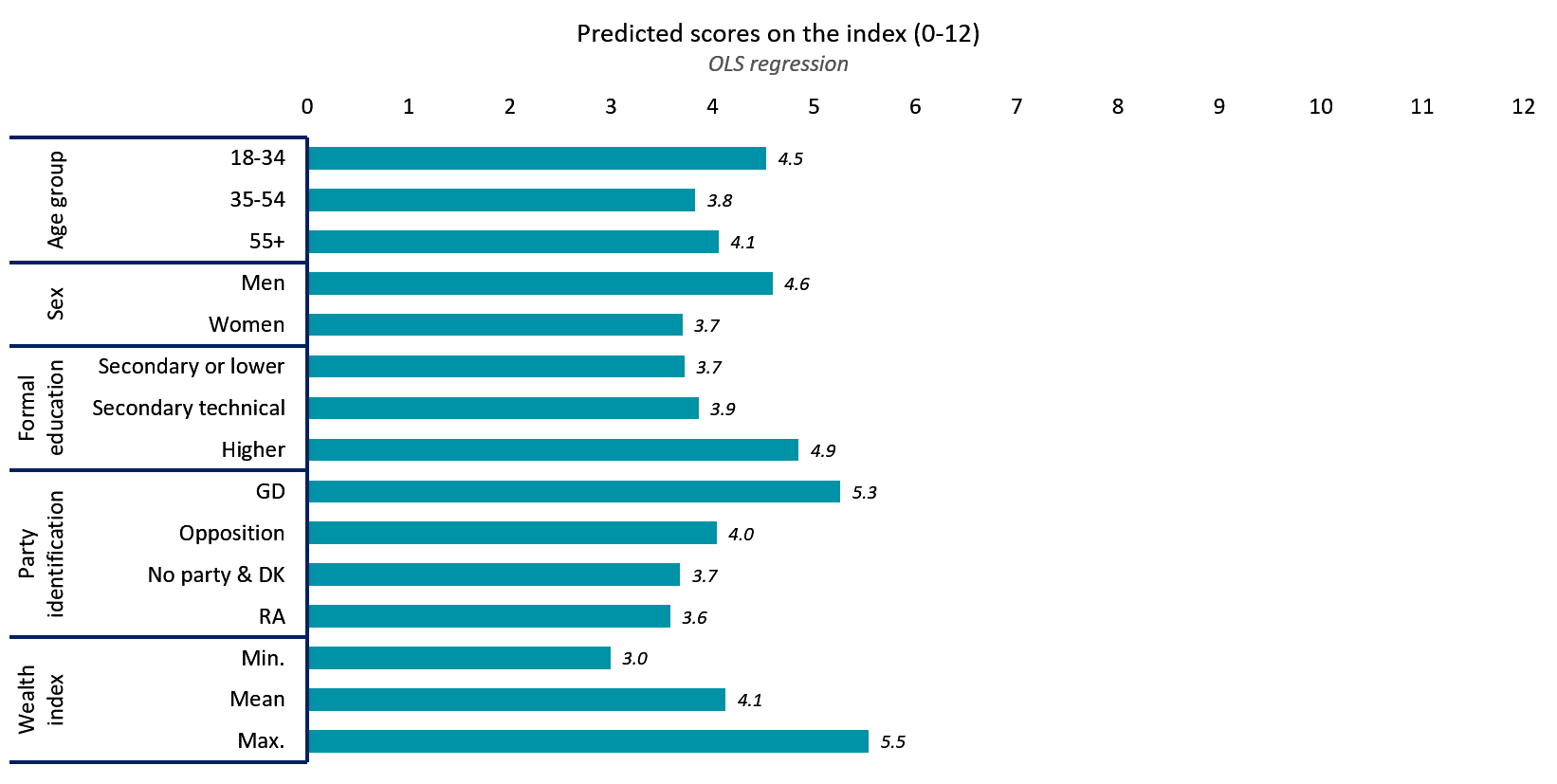 The analyses indicate that some otherwise vulnerable groups, such as the elderly, women, and poor people feel especially estranged from politics. In addition, political alienation seems to be correlated with education and political preference — particularly whether or not someone supports Georgian Dream.

At the same time, young people and ethnic minorities, who are often assumed to be politically apathetic and disengaged from politics in Georgia, do not seem to feel particularly alienated from political processes and institutions. Therefore, the reasons for their comparatively higher levels of disengagement from political activities must be sought in other areas rather than in the realm of feelings and attitudes towards politics.

This article was written by Givi Silagadze, a researcher at CRRC Georgia. The views expressed in this article are the author’s alone and do not represent the views of CRRC Georgia or any related entity.