A recent CRRC Georgia and NDI poll suggests that roughly half of the Georgian public, regardless of their partisan affiliations, believe that neither the opposition nor the ruling party serves their interests.

Political polarisation in Georgia has little to do with opinions on policy. An analysis of numerous questions on the regular NDI and CRRC polling suggests that the public has consistent preferences and concerns, no matter the party they support: Georgians tend to want a pro-Western foreign policy for the country, they are concerned about the economy’s development and jobs, and they tend to be socially conservative.

While what the public wants is relatively clear, Georgians do not see the ruling Georgian Dream party or elected opposition figures working towards providing that. 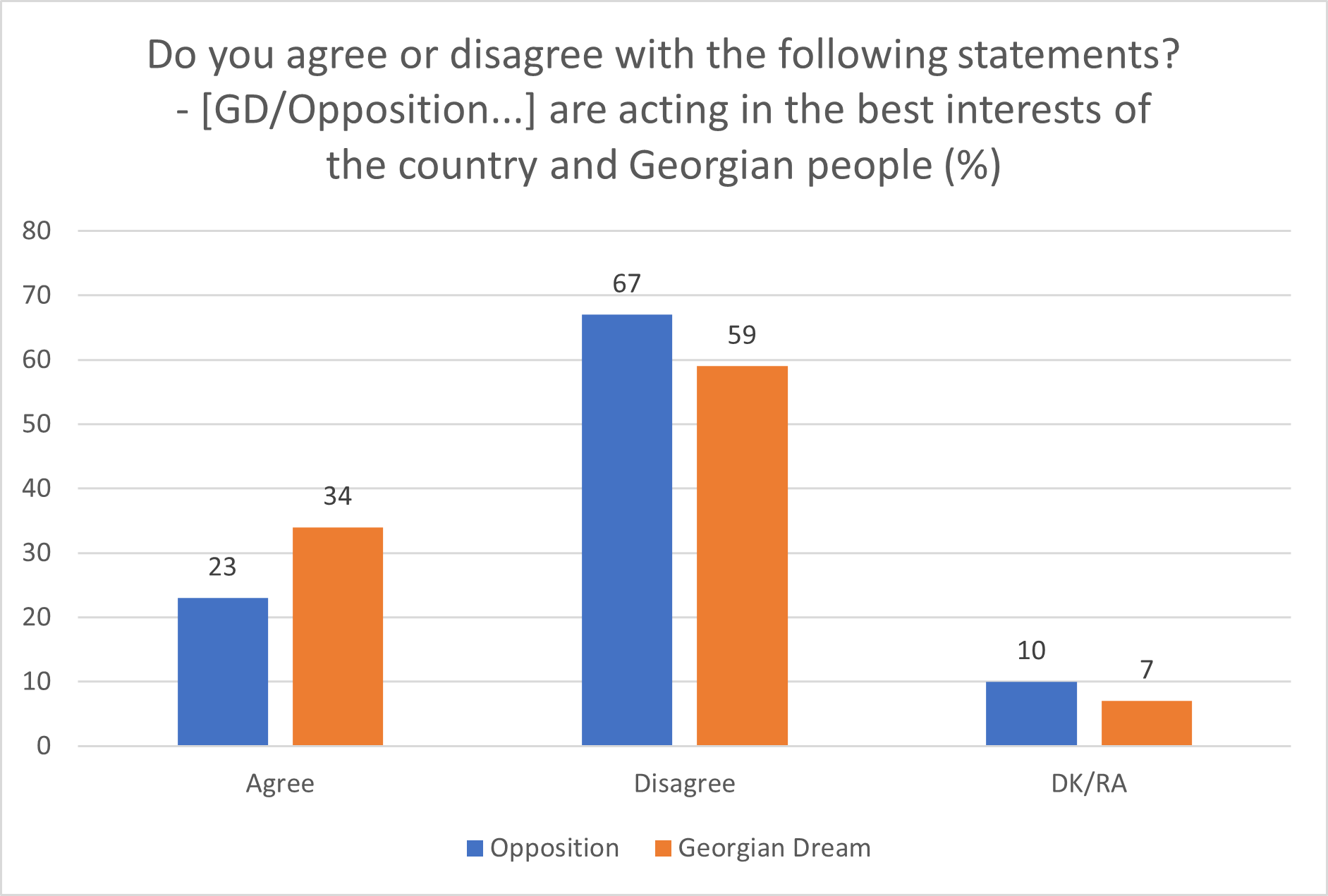 About half of the country (46%) says neither party acts in the best interests of Georgia or the Georgian people.

At present, 50% of the country supports no party or has refused to answer which party they support; 27% support Georgian Dream and 24% support an opposition party. 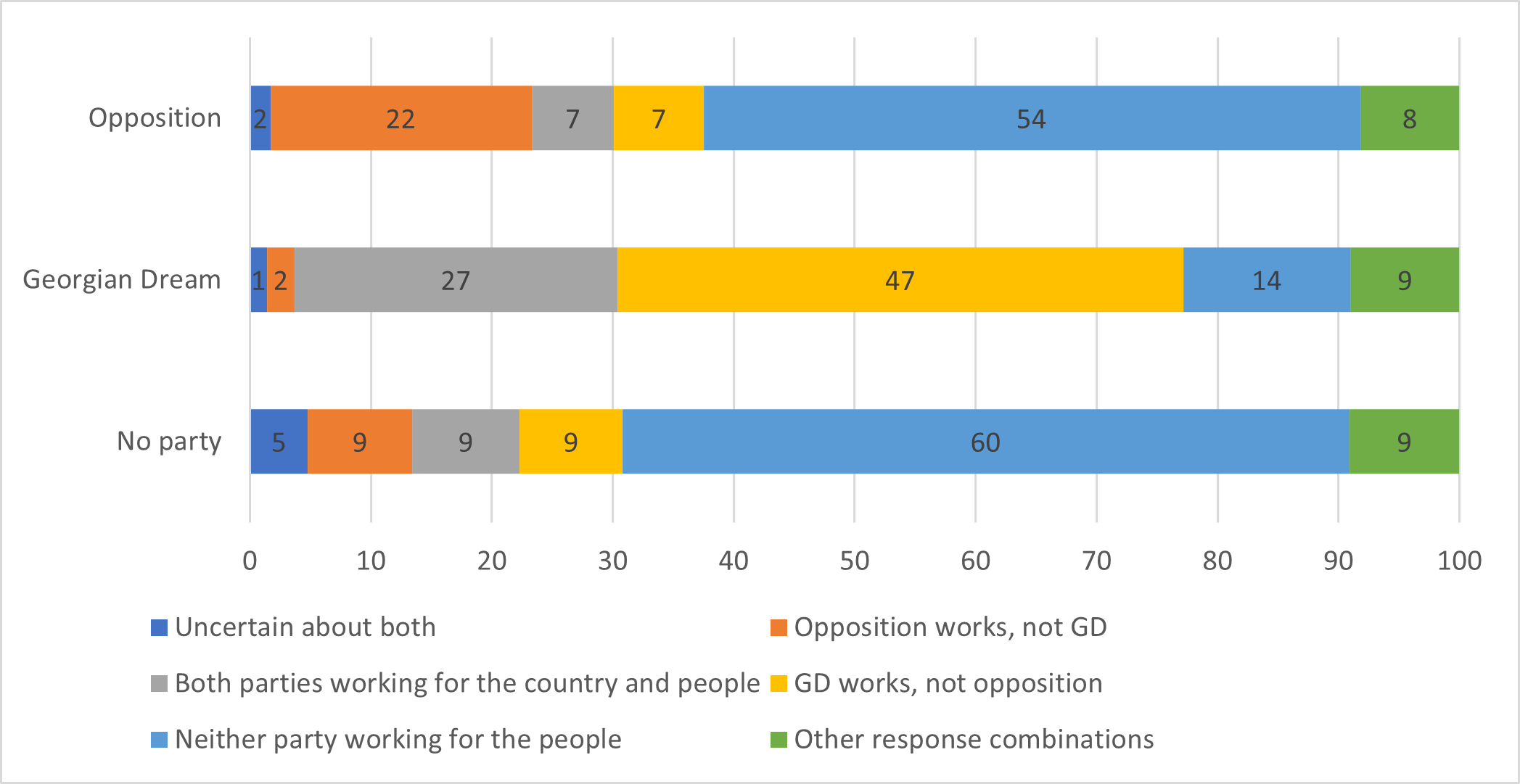 The data should give politicians pause, whether they belong to the ruling party or the opposition.

If most Georgians believe their political parties are not working in good faith, that might be an indicator of a larger issue of miscommunication — whether or not the public’s fears are unfounded.

Moving away from the relentless accusations and infighting that have characterised Georgian politics in recent years and instead adopting a positive vision for the country might help Georgia’s political parties regain the trust of the public.

This article was written by Dustin Gilbreath, a Non-resident Senior Fellow at CRRC Georgia. The views presented in this article are the author’s alone and do not reflect the views of NDI, CRRC Georgia, or any related entity.