In February, then Prime Minister Giorgi Gakharia resigned in response to a disagreement within the ruling party regarding the detention of Nika Melia, the leader of the United National Movement. But how did his resignation affect people’s political views?

Gakharia was among the most popular leaders from the ruling party and led Georgian Dream during the 2020 Parliamentary elections.

The CRRC and NDI telephone survey was conducted between 17–24 February 2021. On 17 February, a day before Gakharia’s resignation, every third (32%) Georgian considered Georgian Dream as the political party closest to them, 12% named an opposition party, and more than half (56%) did not specify any party (responding no party, don’t know, or refuse to answer).

After Gakharia resigned on 18 February, Georgian Dream numbers dropped to around every fifth person (22%) naming it as the party closest to them. One in seven Georgians (15%) named an opposition party, and almost two thirds (63%) did not name a party.

A regression analysis, controlling for a wide range of factors, suggests that after taking into account differences between people interviewed before and after Gakharia’s resignation, there was a nine percentage point drop in support for Georgian Dream as a result of the resignation.

Further analysis showed that Gakharia’s resignation did not affect support for opposition parties. Rather, support shifted to other response options generally.  Thus, the PM leaving the party contributed to Georgian Dream supporters becoming disillusioned, though the opposition did not gain much from the resignation either. 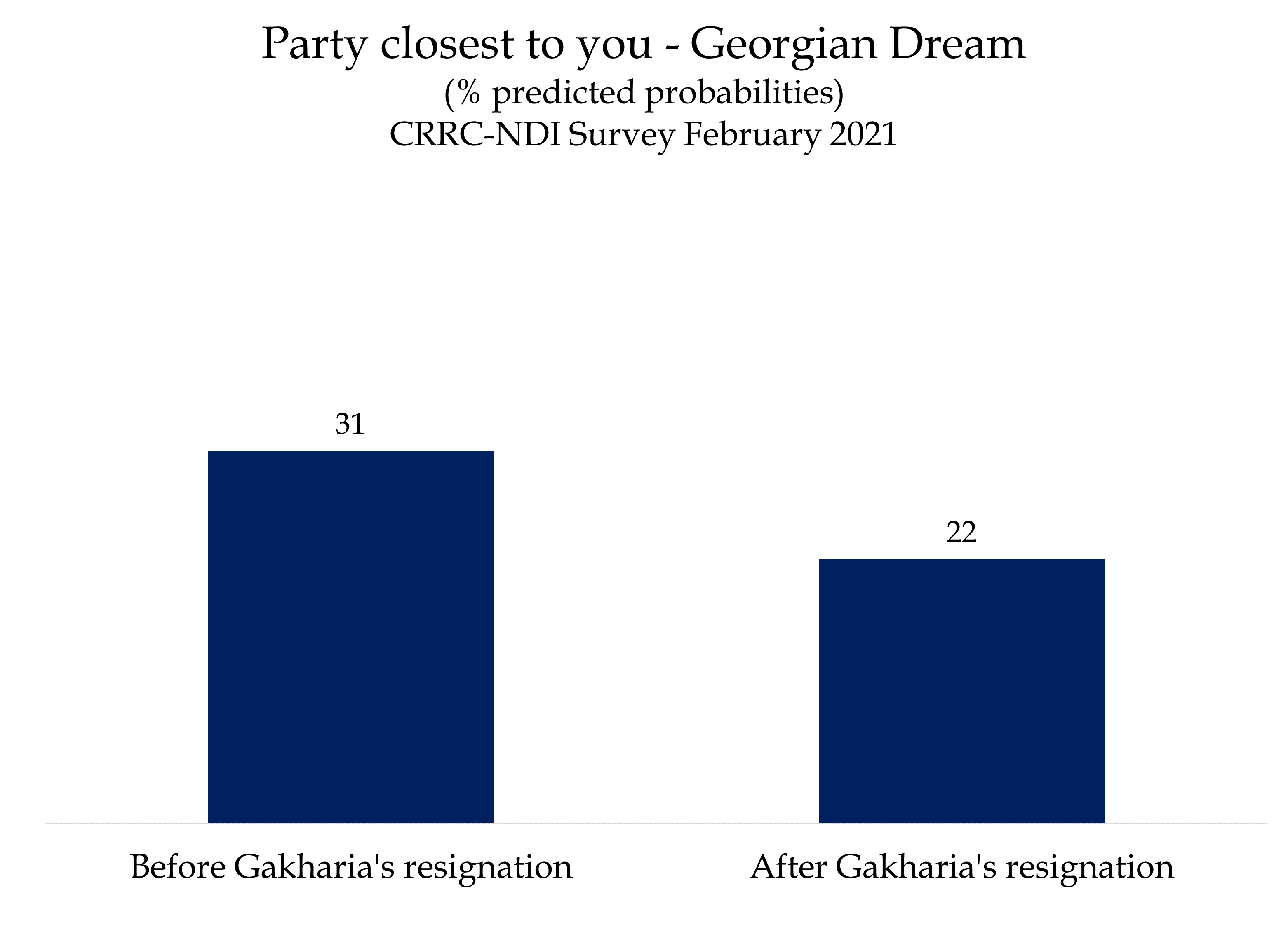 Different groups of the public were affected differently.

People living in Tbilisi, people with higher education levels, and employed people were significantly less likely to name the ruling Georgian Dream party as being closest to them after Gakharia’s resignation.

In contrast, the resignation did not affect party identification for people who were not working, people with secondary or a lower levels of education, or people living outside the capital. 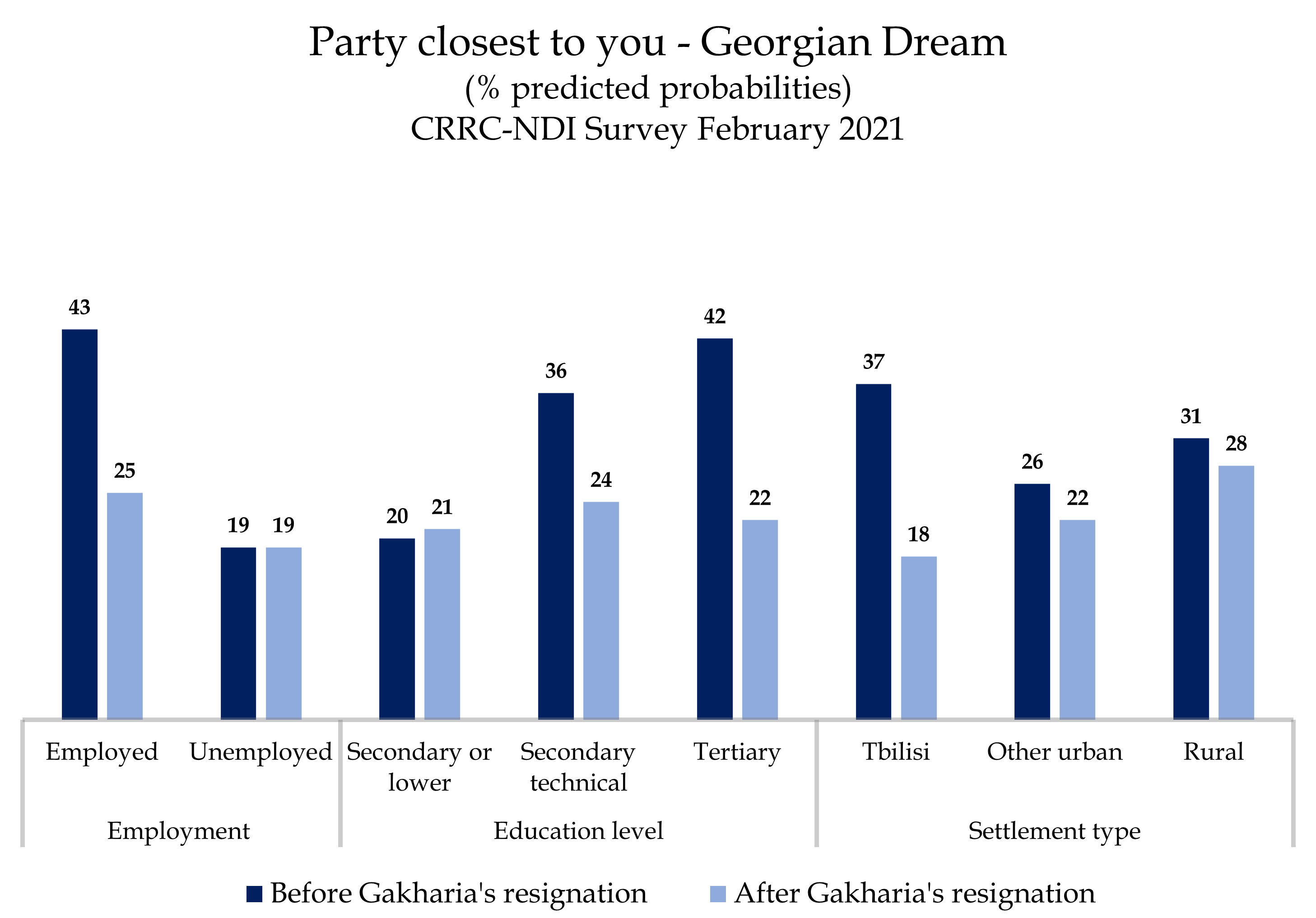 While the changes in party support are logical, the circumstances of the resignation could also reasonably be expected to change people’s views of the government. This is particularly true given Gakharia’s popularity and contribution to the perception that the government was effectively handling the pandemic.

Yet, regression analyses suggest no changes in terms of people’s attitudes towards the direction the country was headed, the performance of parliament, assessments of the government’s economic COVID mitigation measures, or vaccination intention.

The above analysis shows that while Gakharia was critical to Georgian Dream support, his departure did not significantly affect how people thought about other issues in the country.

The views expressed in this article are the authors’ alone and do not represent the views of NDI, CRRC Georgia or any related entity.