The Republican Party under President Serzh Sargsyan hopes to solidify its grip on power when Armenians go to the polls on 2 April. But, new developments amongst the opposition along with the death on hunger strike of the ‘Bread Bringer’ have made the contest far more unpredictable than the ruling party would like.

As Armenia’s parliamentary elections, set for 2 April, approach, its ruling party is trying to reach a  younger and more tech-savvy audience. The Republican Party of Armenia (RPA) launched its campaign on Facebook with a music video by popular Armenian reggae band, Reincarnation. The video featured boxer Arthur Abraham, chess Grandmaster Levon Aronyan, millennials drinking coffee in takeaway cups, and the prime-minister playing the drums to the song.

In the following days, alternative cuts mocking the video emerged on social networks, combining the original optimistic music with images of police violence and RPA’s most controversial figures. Apparently not all millennials were impressed.

Ruling in the post-Soviet world

Post-Soviet rulers have often faced a dilemma: how to prolong their time in power while maintaining at least a semblance of democracy. Allowing too much real political competition means risking losing power, but stifling competition completely may lead to a loss of reputation and international isolation. Until recently, it seemed that Armenia’s president, Serzh Sargsyan, had everything figured out. Sargsyan’s second presidential term runs out in 2018, but a constitutional reform has been passed that will turn Armenia into a parliamentary republic. This leaves Sargsyan plenty of options to choose from in 2018. He can stay at the helm of executive power as prime-minister, maintain de facto influence as the leader of the ruling party, or retire from politics, leaving power to a loyal successor. However, all these options depend on two conditions: the upcoming parliamentary election must go smoothly and the Republican Party must win it.

When the campaign began in early March, it seemed that both goals could be easily accomplished. As with most post-Soviet ruling parties, the RPA could rely on the use of government apparatus, while opposition parties remain weakened by a lack of resources and constant infighting. In autumn 2016, the government went through a process of rejuvenation, bringing in an energetic new prime-minister, Karen Karapetyan, and ditching certain controversial figures in the party’s leadership. Karapetyan, arguably one of the few genuinely popular figures in the Armenian government, is perceived as a good manager and someone who can fix the country’s sluggish economy.

Even though Karapetyan is not running for parliament, his image dominates the RPA’s campaign. In general, their campaign has focused on a new generation of technocrats, such as Karapetyan and Vigen Sargsyan, the US-educated Defence Minister. The campaign is designed to show voters that the RPA has changed; that it is no longer the party of corrupt bureaucrats and oligarchs — a view held by many Armenians. However, while some old-school members of the RPA have indeed been sidelined, like former Prime Minister Hovik Abramyan, the majority of the old guard have not gone anywhere. Some of them are actively campaigning in smaller towns and rural areas, where reggae music may be less popular, but more ‘traditional’ methods of post-Soviet electioneering are still quite efficient.

Another factor in the RPA’s favour is the weakness of the opposition. On top of this, some parties formally in opposition to the government are widely perceived to be part of the ruling system. In many post-Soviet countries, Russia for example, the term ‘systemic opposition’ is used to describe opposition parties who do not in fact represent genuine opposition, and work in concert with a country's ruling party. While the term is not widely used in Armenia, the phenomenon itself has been present for decades.

Thus, the line between systemic and genuine, non-systemic opposition, has been blurred, and many opposition supporters in Armenia have lost their trust in the political system as a whole.

Some of them have become attracted to more radical forces, like the Daredevils of Sasun, a group that staged an armed takeover of a police station in Yerevan in June 2016, killing two police officers. However, support for the Daredevils has not been transformed into a political movement. Most of their members are in jail, and having rejected participation in elections, they seemed almost forgotten until recently.

The possibility of an upset

By mid-March signs were appearing that the RPA’s victory may not be a foregone conclusion. First, on 9 March, an opinion poll by VTsIOM, a Russian polling company, put RPA in second place, behind the Tsarukyan Alliance, led by one of Armenia’s most wealthy businessmen, Gagik Tsarukyan. Tsarukyan was previously the leader of the largest systemic opposition party, until he left politics in 2015 after a short confrontation with the ruling government. He has returned in the run-up to the elections. Tsarukyan’s surprising rise in the polls has prompted some to speculate that President Sargsyan may be supporting him, in order to siphon off votes for genuine opposition parties. However, even if these speculations turn out to be true, the post-Soviet world is full of cases where systemic politicians have challenged their former patrons, once they sense weakness at the top. If the Tsarukyan Alliance manages to maintain even a slight advantage over the RPA, this could lead to a political earthquake.

Another worrying sign for the RPA came on 13 March, when an opposition rally in a village near Yerevan resulted in scuffles with RPA supporters. The rally was organised by the Ohanyan-Raffi-Oskanyan (ORO) Alliance, led by former defence minister Seyran Ohanyan, and former foreign ministers Vartan Oskanyan and Raffi Hovannisian. While opinion polls have so far shown them trailing behind, the government is somewhat nervous about competing with a recently sacked defence minister, who has connections in the armed forces. The arrest of a controversial former general and Karabakh war hero, Samvel Babayan, who had endorsed ORO, on allegation of smuggling weapons, should be viewed in this context. Complicating matters further, some activists from the Daredevils of Sasun, who previously called for a boycott of elections, have expressed support for the ORO Alliance. The clash was one of several violent incidents so far in the election campaign, with reports of violence between supporters of other parties as well. The EU has expressed concern about the pre-election violence.

The death of the ‘Bread Bringer’

On 16 March, in another worrying development for the RPA, Artur Sargsyan, an imprisoned supporter of the Daredevils of Sasun, died after a prolonged hunger strike in prison. During the June 2016 hostage crisis, Sargsyan broke through police lines with his car, bringing food to the besieged gunmen. This episode, worthy of a Hollywood blockbuster, earned him the nickname the ‘Bread Bringer’. As he was not initially a member of the armed group, and as there was no evidence that he had been armed at any point during the incident, his imprisonment raised questions even among some who disapproved of the Daredevils’ violent methods. Even though Sargsyan was released on bail 10 days before his death, the news sparked a storm on social media and protests in the capital, which while so far remaining small, have shown a tendency in the past to grow rapidly.

While it seems unlikely that Artur Sargsyan’s death will have the same effect as the Gldani prison scandal had in Georgia’s 2012 elections, it will still cast a dark shadow over the election campaign, complicating matters for the RPA. As much as Armenia’s rulers may want the election to be a new start, leaving the past behind will not be an easy task. 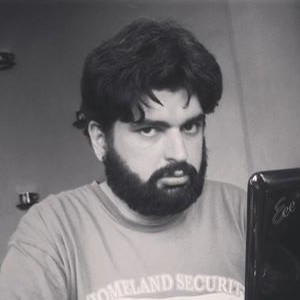