In 2018, a group of local residents in Armenia’s Tavush region decided to stand up to a mining company. Now other communities are following suit as a revolution of ‘direct democracy’ seems poised to sweep the countryside.

Mining companies in Armenia’s hinterlands have met with new forms of public resistance that some herald as the rebirth of local democracy in the countryside.

Recent mining projects in the Armenian regions of Vayots Dzor and Tavush have provoked protest, boycotts, and petitions. Local residents and activists are leveraging Armenian legislation and local government institutions to kick mining companies off their land for good.

In early 2018, the Polymetal Armenia LLC mining company (part of Russian-owned Polymetal International PLC) eyed up the Noyemberyan and Koghb communities in the north-eastern Tavush Province as a location for future mining activities. They hoped to unearth deposits of gold, silver, molybdenum, copper, and other valuable metals. But this would come at a cost: if their plans moved forward, upwards of 18,000 hectares of forest land would be lost.

However, before Polymetal could begin prospecting, they needed to first hold public hearings followed by an initial environmental impact assessment. The hearings were never held.

As soon as people heard of the mining company’s interest they launched a petition on social media. In less than two weeks it had gathered 2,000 signatures and was signed by a significant portion of local residents. They also announced a boycott of any public hearings.

Representatives of the local authorities, including the heads of the Noyemberyan and Koghb communities, expressed their support for keeping the company out of the area.

The campaign was successful. In March 2018, Polymetal Armenia pulled back and announced its decision to suspend its activities in the region.

But the decision didn’t allay people’s fears that such a situation could happen again.

A group of Noyemberyan residents, as well as environmental activists and the Restart Noyemberyan student activist group, decided to initiate a more far-reaching process. Using the law on local self-government, they started a petition with the aim of banning metal mining on the territory of Noyemberyan community for the indefinite future.

Gor Vahramyan, a Noyemberyan local who helped organise the petition from Yerevan, told OC Media that the group decided ‘to use this occasion to protect the region, ensure that our lands won’t be touched and that the people’s opinions are turned into action’.

In two months, local residents, with the support of environmental activists, collected 3,074 signatures in Noyemberyan — the majority of the community’s population. The petition was presented to the Noyemberyan Municipal Council (the governing body for Noyemberyan and eight nearby villages) and in May 2018, the Council voted in favour of a decision to ‘ban geological prospecting and the exploitation of metal mines on the territory of the Noyemberyan community’.

This process, and the Council’s decision, coincided with the Velvet Revolution and was celebrated among local residents and environmental activists. Many called it an important precedent and a showcase of direct democracy: the power of local self-government backed by popular support.

Jermuk takes up the initiative

Meanwhile, events around another controversial mining project, the Amulsar mine, had reached a fever pitch.

By mid-summer 2018, local residents had blocked the three main roads leading to the Amulsar site — under construction since 2016 — near the town of Jermuk. They put up three checkpoints, maintaining a round-the-clock watch.

In addition to stopping the mine’s construction, they hoped to engage decision-making at a political level and ensure that a similar situation would not happen again.

Inspired by what happened in Noyemberyan, Gor Hakobyan, a civic activist from Yeghegnadzor, wanted to organise similar petitions in the south-eastern Vayots Dzor Province, where local residents had protested mining companies in the villages of Yelpin and Gladzor, in 2010 and 2016, respectively.

Against the backdrop of the Amulsar protests, Hakobyan saw an opportunity to put his idea into action.

After consulting with lawyers and Jermuk residents, Hakobyan, together with like-minded local residents and environmental activists began to organise new petitions — one for each of Vayots Dzor’s eight communities (which include within them 46 villages, three towns, and the regional administrative centre of Yeghegnadzor).

‘We received feedback from people living in other communities saying that it could be possible to adopt the petition in all the communities of Vayots Dzor since people had fears around the high amount of uranium in the mountains and that mining could make [the area] uninhabitable’, Arpine Galfayan, a local community organiser, told OC Media.

The Jermuk petition had two main demands. The first was to adopt a resolution banning prospecting and any metallic mining operations in Jermuk Community.

The second demand was to develop a comprehensive project to create an ecologically sustainable and green economy for Jermuk and the wider Vayots Dzor Province, which would be implemented by state authorities and local government bodies in cooperation with local communities.

The process of door-to-door signature collection kicked off in November 2018 and within a couple of weeks, the organisers had collected roughly 3,000 signatures, representing a majority of residents in the Jermuk Community.

In early December 2018, during his election campaign, then-acting Prime Minister Nikol Pashinyan visited Jermuk and held a meeting with local residents at one of the checkpoints blocking the road to Amulsar.

Aharon Arsenyan, a local resident and blockade participant, presented the petition to Pashinyan as proof that the community ‘is against any metal mining in Jermuk’. Later, copies of the petition were given to the Jermuk Municipal Council and to the national government.

Later that month, the Jermuk Council discussed the petition and unanimously approved it, declaring Jermuk an ‘ecological economic area’ where metal mining is banned.

But the petition process did not stop there. The door-to-door collection of signatures and the advocacy campaign continued for the next four months.

Local residents, together with volunteers, and environmental activists from the Armenian Environmental Front (AEF) collected signatures in the communities of Areni, Gladzor, and Yeghegnadzor.

The majority of residents in each municipality signed the petition. Organisers report that many acknowledged a need to come up with alternative ways of developing local economies without harming the ecology and agriculture in the area, especially considering that the region is famous for its wines.

Armenuhi Tsaturyan, a teacher from Areni who actively helped organise the petition in her community said that ‘95%’ of people she spoke with supported the idea. ‘I think it’s time for everyone to think about the future generations, I am sure our council will make the right decision’, she told OC Media.

Several days after the Gladzor decision, Tsaturyan, together with Gor Hakobyan and other petition leaders, delivered the petition to the Areni Municipal Council.

That same day Gor Hakobyan delivered the petition to the Municipal Council of his hometown of Yeghegnadzor. ‘We are turning our vision to make Armenia a mine-free, ecological economic area into a reality from the grassroots up’, he said.

Narine Grigoryan, a member of Yeghegnadzor Municipal Council, supported the petition. She told OC Media she had made up her mind to vote in favour of the decision because ‘people uniting around an idea and organising a petition is one of the best ways to make their voices heard’.

Three days after receiving the petition, the Areni Municipal Council unanimously approved it. Yeghegnadzor Council followed shortly thereafter and approved the petition on 23 May.

As of publication, four out of the eight communities of Vayots Dzor Province are metal mining free areas. In July, the chief executive (marzpet) of Vayots Dzor addressed a letter to the Areni Municipal Council demanding that they annul their decision. The council held a meeting and voted to deny the request.

‘Local residents, volunteers, and others say they are determined to continue the process that started a year ago’, Arpine Galfayan said. ‘And reach their goals of making the whole region a mine-free area, protecting nature, and building a sustainable economy.’ 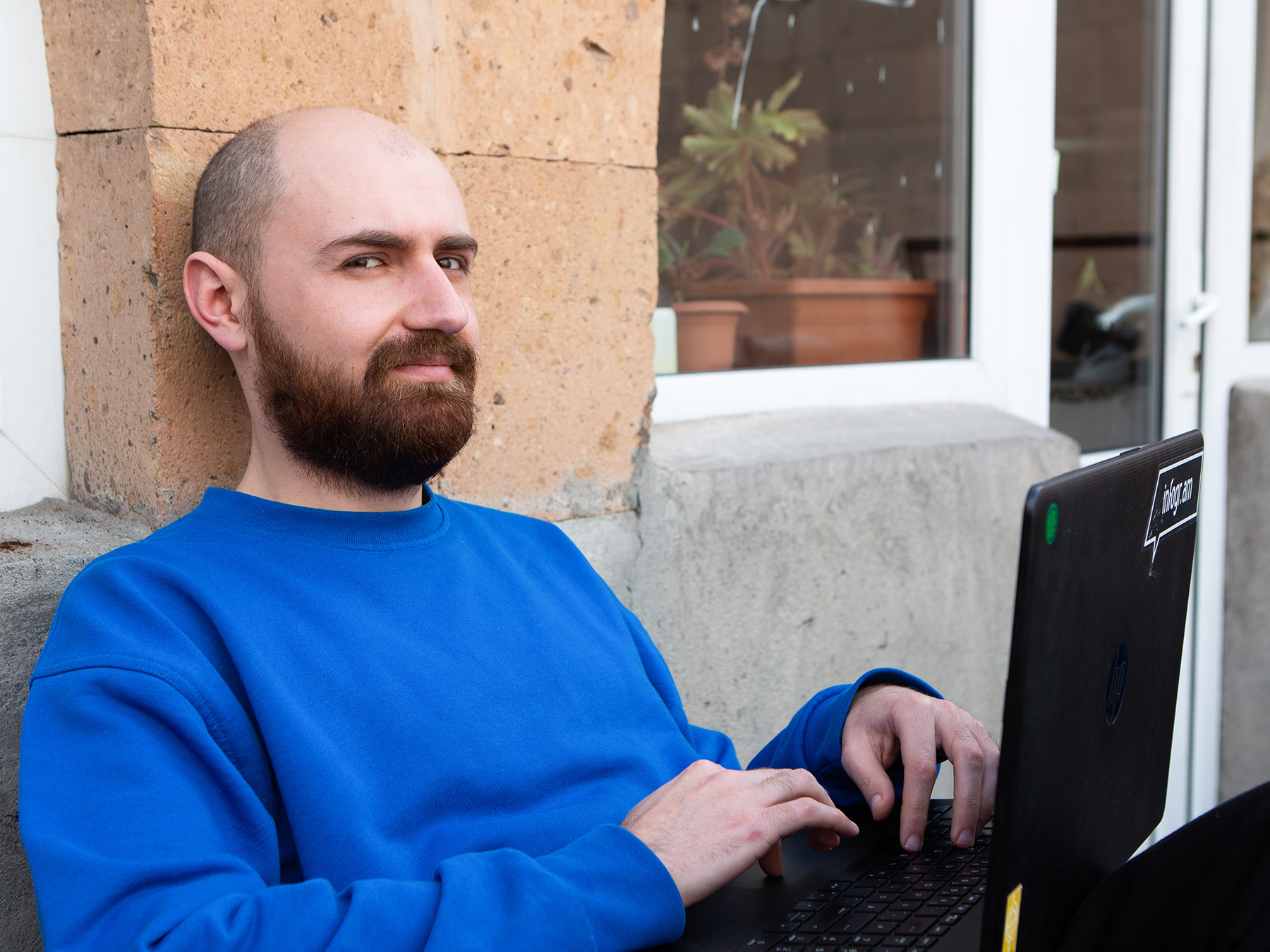