A video emerged on Facebook on 30 April showing a number of trees in the vicinity of Tbilisi’s Lisi Lake that have been burned at their bases.

The video was released by Levan Khabeishvili, a member of the non-parliamentary Civic Platform — New Georgia political party. Based on the fact that the grass around the trees is green, the party argues that the they have been intentionally damaged for business purposes.

‘Based on this fact, a citizen addressed the [Tbilisi] City Hall, but there was no reaction. We can assume that there are somebody’s business interests here’, Khabeishvili wrote.

After the video spread on social media, the owner of the Lisi Lake, Lisi Development, issued a statement saying that this was not the first time people had noticed burned trees around the lake, and that the company’s investigation revealed that these were a result of a fire which happened several years ago.

‘The company addresses the Ministry of Internal Affairs to determine whether it was an act of repeated vandalism. The company annually plants thousands of trees and supports the green territories around Lisi Lake’, the statement reads.

Tbilisi City Hall has commented on the issue, claiming that the damage was the result of fires in 2012 and 2015.

‘There were several fires, there was a very big fire in 2012, and there is video footage of this. We also noted a fire in 2015. These happened in exactly same the places which Khabeishvili talks and writes about’, the City Hall said.

According to the Institute for Development of Freedom of Information (IDFI), in 2016, five times more trees were damaged than in previous years, although the total number of trees cut down has not increased. 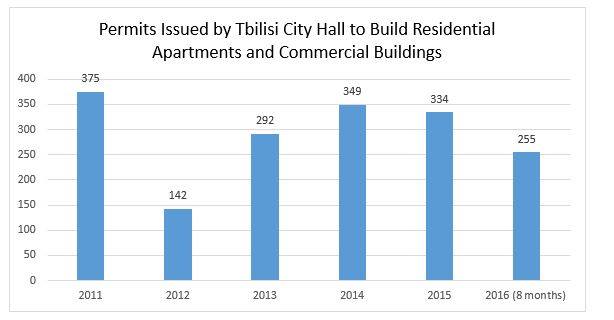 According to IDFI, between August 2013 and August 2016, 583 permits for cutting down trees were issued, resulting in 3,552 trees being felled. The number includes 827 trees suffering from disease. 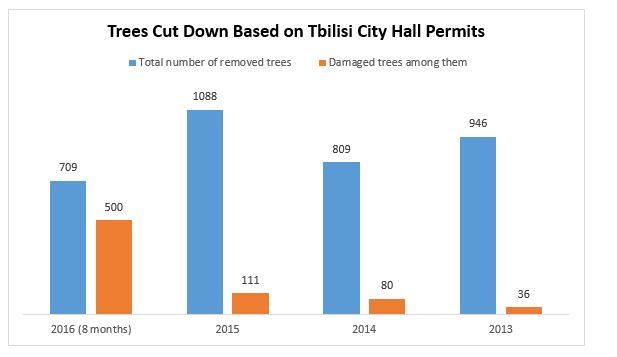