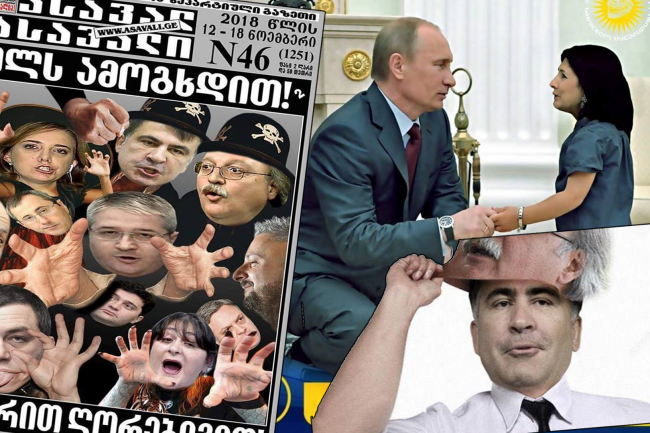 CRRC-Georgia examines how effective negative campaign tactics and contact with voters is for political parties in Georgia.

On Wednesday, Georgians head to the polls in the country’s first ever presidential run-off and last ever direct presidential election.  The elections are taking place on an uneven playing field, with the head of the Georgian Dream party’s charitable foundation promising to write off the debt of over 600,000 people, roughly one in six eligible voters, after the elections. In addition, the number of eligible voters increased by nearly 10,000 in the period between the first and second round, an anomalous increase.

Besides these issues with fair competition, international observers have decried the negative tone of campaigning.  At the same time and despite the uneven playing field, the candidates have been stumping throughout the country. While the negative campaigning is decried and the voter-party contact is generally viewed as positive, what these campaign techniques have in common is that they likely work.

In the first round of elections, Salome Zurabishvili, an independent candidate endorsed by the ruling Georgian Dream party (GD), received about 615,000 votes — a drop of a quarter of a million votes from what the Georgian Dream garnered in the 2016 parliamentary elections.

Grigol Vashadze, the opposition candidate supported by the United National Movement (UNM) and other smaller opposition parties, garnered about 600,000 votes. This exceeded the UNM’s 2016 vote count by 125,000 votes. Importantly, this increased vote share comes following a major party split in the wake of the 2016 elections, which lead to the establishment of European Georgia, the party who finished in third place in the first round of voting with about 11% of the vote.

The results caught the Georgian Dream leadership by surprise, which immediately gathered and discussed a new campaign strategy for the runoff elections. Negative campaigning has been integral to the strategy.

To be sure, both GD and the UNM chose to simply be rather than ‘go’ negative in the first round. As the OSCE/ODHIR election observation mission stated, ‘The campaign was dominated by controversial topics polarising public opinion, negative campaigning and harsh accusations between GD and UNM’.

For the second round, GD launched a new attack, including dozens of videos and billboards aimed at arousing negative feelings towards the UNM. The UNM is also engaged in negative campaigning against GD and its leader, Bidzina Ivanishvili, through extensive negative coverage on the TV channel Rustavi 2.

It remains to be seen how either party’s strategy will work, but a survey CRRC Georgia carried out for the National Democratic Institute that interviewed approximately 1,200 respondents before and after the 2016 elections suggests that voter contact is likely to increase support for both the incumbent and the opposition. However, negative campaigning appears to only benefit the opposition.

During 2016 parliamentary elections, party-voter contact was beneficial for the ruling party and the UNM: a voter that was contacted during the election campaign was 11 percentage points more likely to be a ruling party supporter after the elections than someone who was not contacted. Contact increased the probability of supporting the UNM by five percentage points, but produced no results for smaller opposition parties.

Negative campaigning also appears to increase party support, assuming that negative campaigning leads to disliking a particular party or parties. If a voter had a negative attitude towards any party prior to the election in 2016, they were seven percentage points more likely to support the UNM and five percentage points more likely to support another opposition party.

This data suggests that if negative campaigning works — that is it makes people more negative towards the opposing party — then it can turn into votes, at least for the opposition.

While party-voter contact benefits both the main players and negative attitudes towards parties benefit only the opposition, what do these campaign techniques do in combination?

The data suggest that contact was beneficial for the ruling party whether the person was negative or not towards parties. In contrast, the UNM gained support from contact when the voter that was contacted had negative attitudes towards parties prior to the elections.

Readers should be cautious to project findings from the 2016 surveys to 2018. If the findings do hold for 2018 though, they signal a controversy-filled future for political competition in Georgia.

Opposition parties have a clear incentive to go negative; indeed their outreach efforts only appear to work when voters are negative towards parties. Even though the opposition appears to be the winner from negativity, once one side engages in negative campaigning, it will be hard to prevent a bandwagon effect.

On a positive note, party-voter contact matters, and for the ruling party it matters whether or not the voter is positive or negative. This provides a strong incentive, at least before elections, for parties to be in touch with their constituents, a net positive for Georgia’s democracy.

Koba Turmanidze is the Director of CRRC-Georgia.