Aside from the public health situation, COVID-19 has led to rising unemployment, reduced incomes, and food insecurity in Georgia. As the number of new daily confirmed cases is again on the rise, the Caucasus Datablog takes a look at how people felt about the anti-coronavirus restrictions when they were at their height.

Despite polling from CRRC Georgia’s COVID-19 Monitor surveys showing that the public supported the vast majority of the government’s anti-coronavirus policies, the data also suggests people were eager for the economy to reopen. In fact, a majority said they favoured opening up over a more cautious approach.

CRRC asked the public about the relative importance of caution versus opening up the economy on two surveys conducted between 7–10 May and 14–17 May. Most people agreed with the idea that the economic impacts of COVID-19 were worse than the virus itself and disagreed that it was more important to wait for the virus to be under control than to open the economy.

In addition, the share of Georgians thinking that economic consequences of the virus could be as severe as the virus itself also rose from 51% during the 7–10 May period to 64% during the 14–17 May. 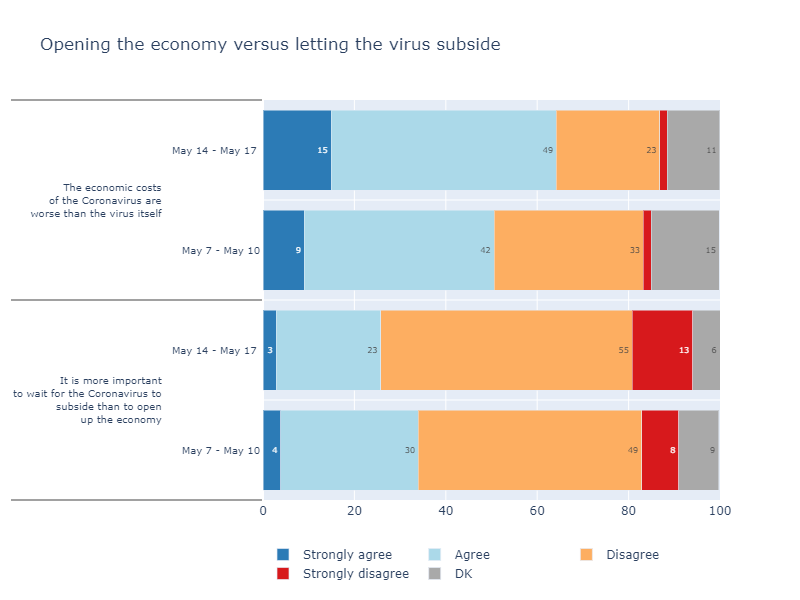 The data from the 14–17 May survey was further analysed to explore differences between socio-demographic groups like age, gender, settlement type, education, employment, ethnicity, and household wealth.

This logistic regression showed that people in Tbilisi were less likely to think it was important to wait for COVID-19 to subside before opening up the economy. Older people were also less likely to support waiting for the epidemiological situation to get under control.

When it comes to the economic costs of COVID-19, there were no statistical differences between key socio-demographic variables. 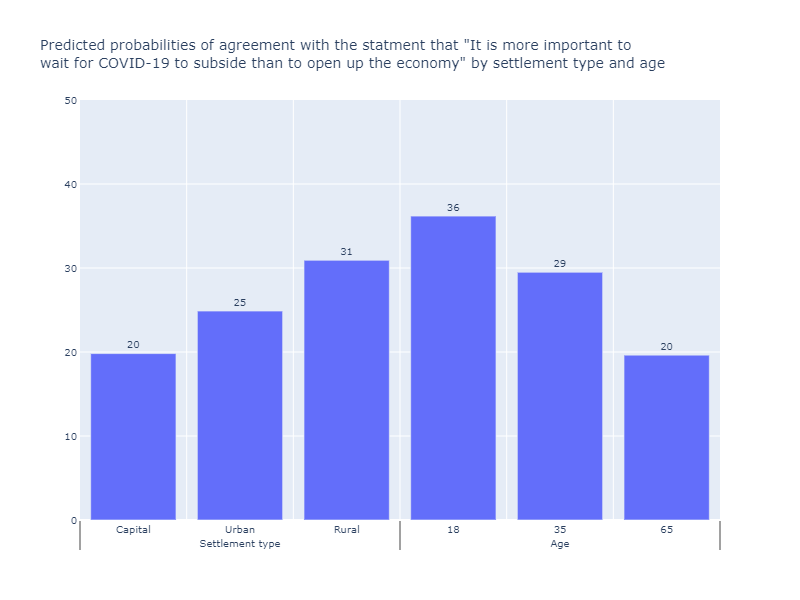 Still, a majority of those who were certain or uncertain about the length of the crisis thought that the economic consequences were worse than COVID-19’s health implications. 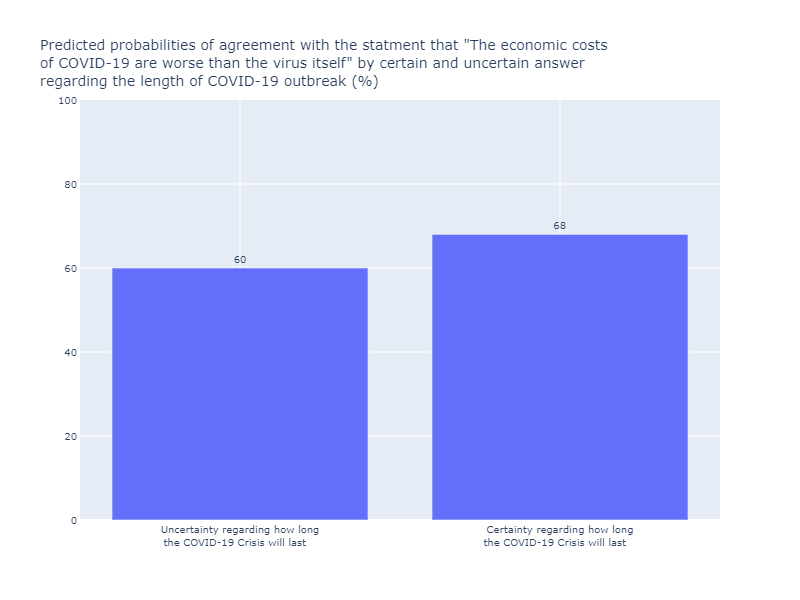 Overall, the majority of Georgians were supportive of opening up the economy during the COVID-19 crisis, and this support was increasing during the period when the economy was effectively closed.

In general, urban settlements were more supportive of re-starting normal economic activities. Older people were also more prone to agree with opening up.

Besides socio-demographic variables, uncertainties associated with the COVID-19 timeline also shaped public opinions. Uncertain people generally tended to disagree with the idea that the economic costs were harsher than the virus itself.