The presence of party activists and coordinators outside polling stations collecting information on voters has become a point of contention in recent years in Georgia. But what does the public think?

A number of local and international election monitors (including the OSCE, NDI, GYLA, ISFED) noted the widespread presence of party activists during 2020’s parliamentary elections.

According to a CRRC and ISFED survey conducted in August 2021, only 16% of the public said they noticed a candidate, party activist, or coordinator near the election precinct during the past year, recording information about voters or asking voters for personal information.

A large majority (78%) did not see coordinators, and 5% either reported not knowing or refused to answer. 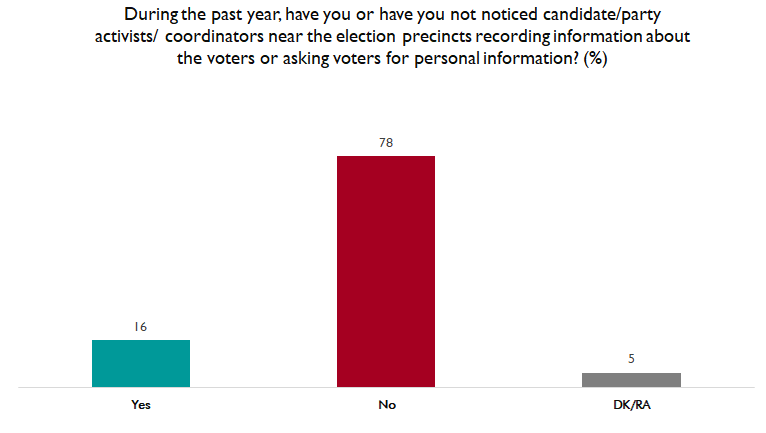 About half of people did not think that the presence of coordinators at election precincts created an intimidating environment for voters (51%) or influenced who people vote for (55%). Still, more than a third of the respondents agreed with these statements (38%, 34%, respectively). One in ten did not know how to respond to the questions.

A regression analysis suggests that partisanship and actually reporting seeing a party representative or coordinator predict attitudes towards the perceived atmosphere at election precincts.

Those who said they have seen party representatives or coordinators near an election precinct were more likely to report that it created an intimidating environment for voters and influenced who people vote for than those who had not seen them. 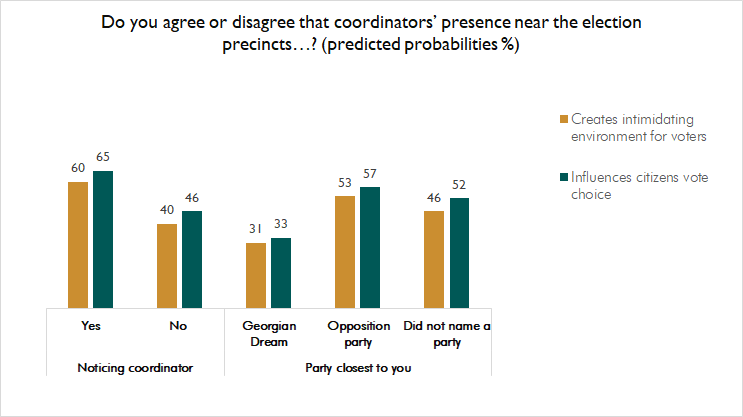 Although more than half of the public disagreed that coordinators’ presence influenced how people vote or said it created an intimidating environment, a majority (59%) said that their presence was unacceptable. Only a third (30%) of the public said this was acceptable.

Interestingly people employed in the public sector were also more likely to report they felt it was acceptable for party representatives or coordinators to be present at voting precincts (36% vs 28%).

While most of the public does not think the presence of coordinators at polling places influenced voters, a majority disapproved of the practice nonetheless. Notably, Georgian Dream supporters were much more accepting of the practice than others.

The data used in this blog is available here. The analysis of whether different groups viewed the above issues differently was done based on a logistic regression model, which included sex, age group (18-34, 35-54,55+), settlement type (Tbilisi, other urban, rural), ethnicity (minority or not), education level (Secondary or less, vocational, or tertiary education), saw a coordinator or not, employment status (working in the public sector, private sector or not working), party support (Georgian Dream, Opposition, or don’t know/refuse to answer/ no party), and a simple additive index of durable goods (a common proxy of wealth).

The views expressed in this blog post are the author’s alone, and do not reflect the views of CRRC Georgia, ISFED, or any related entity. 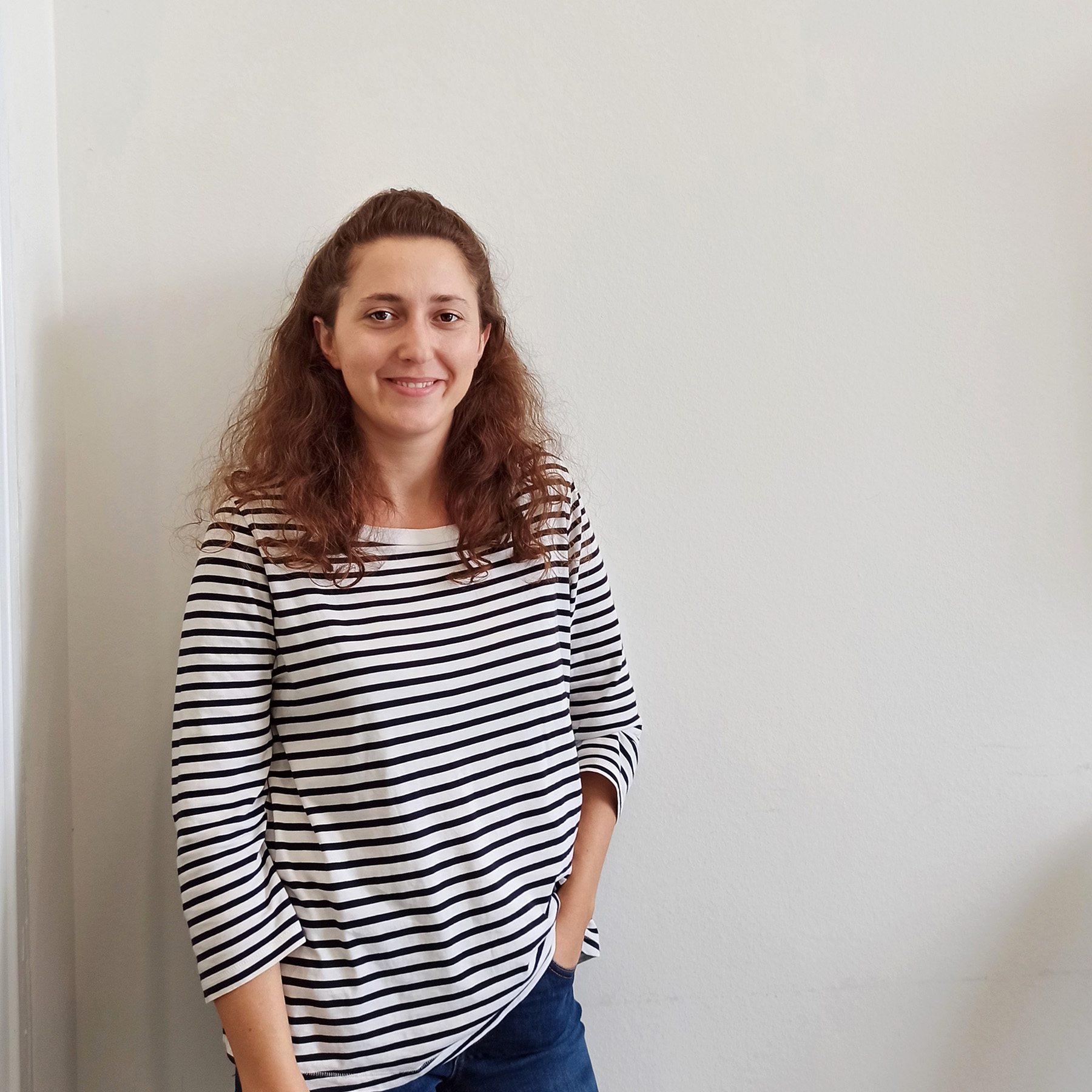