It’s been over a year since the first coronavirus case was recorded in Georgia, and attitudes towards the pandemic have continued to change.

CRRC Georgia’s Omnibus survey has tracked attitudes towards the COVID-19 pandemic since April 2020. Data from the most recent wave of the survey, in January, suggest that Georgians increasingly believe that the worst is already behind us.

The data shows somewhat counterintuitive results in early October. Although case counts were rising quickly during the fieldwork period (6–16 October) and had been on the rise since September, the view of the plurality (48%) shifted to thinking that COVID-19 was not going to be a major problem. One potential reason for this pattern is that Georgia had experienced relatively few cases over the summer compared to the outbreaks witnessed internationally.

In January 2021, a plurality of Georgians thought that the worst of the pandemic was already behind the country. This is in a context where the number of new cases had declined substantially after the November-December peak.

At the same time, the share reporting that COVID-19 is not a major problem declined to 15%, which is unsurprising given that more than one in twenty people has caught the virus, and the economy has contracted. 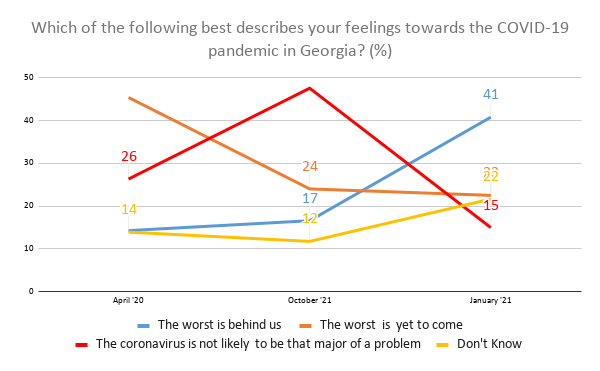 The above patterns tend to hold across different age groups, sexes, and settlement types, but a number of differences between groups are present in the data.

People at or above the age of 55 were more likely to be uncertain than younger people. They were also significantly less likely to think that the worst is behind us.

People living in rural areas were also substantially more likely to be uncertain in their views than people in urban areas.

Those who were working also tended to think that the worst is behind us slightly more often than people who were not working, who report slightly more pessimistic attitudes. 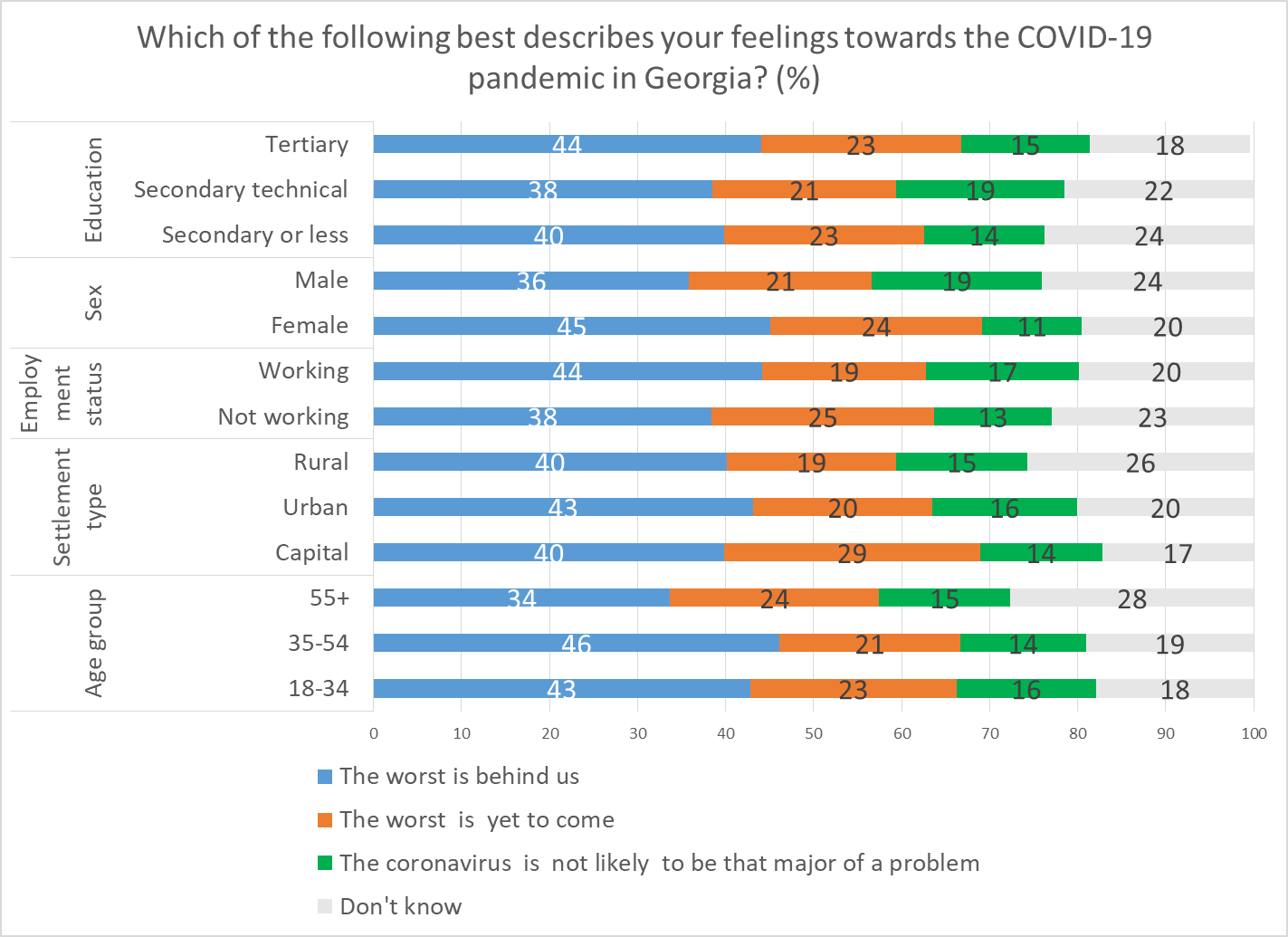 The sense that the coronavirus was not going to be that large a problem declined in January compared with early October. Those with a higher education, women, people who have jobs, and younger people were more likely to think that the worst was behind us.

The views presented in this blog post do not necessarily represent the views of CRRC Georgia or any related entity.

The data discussed in this blog is available here. 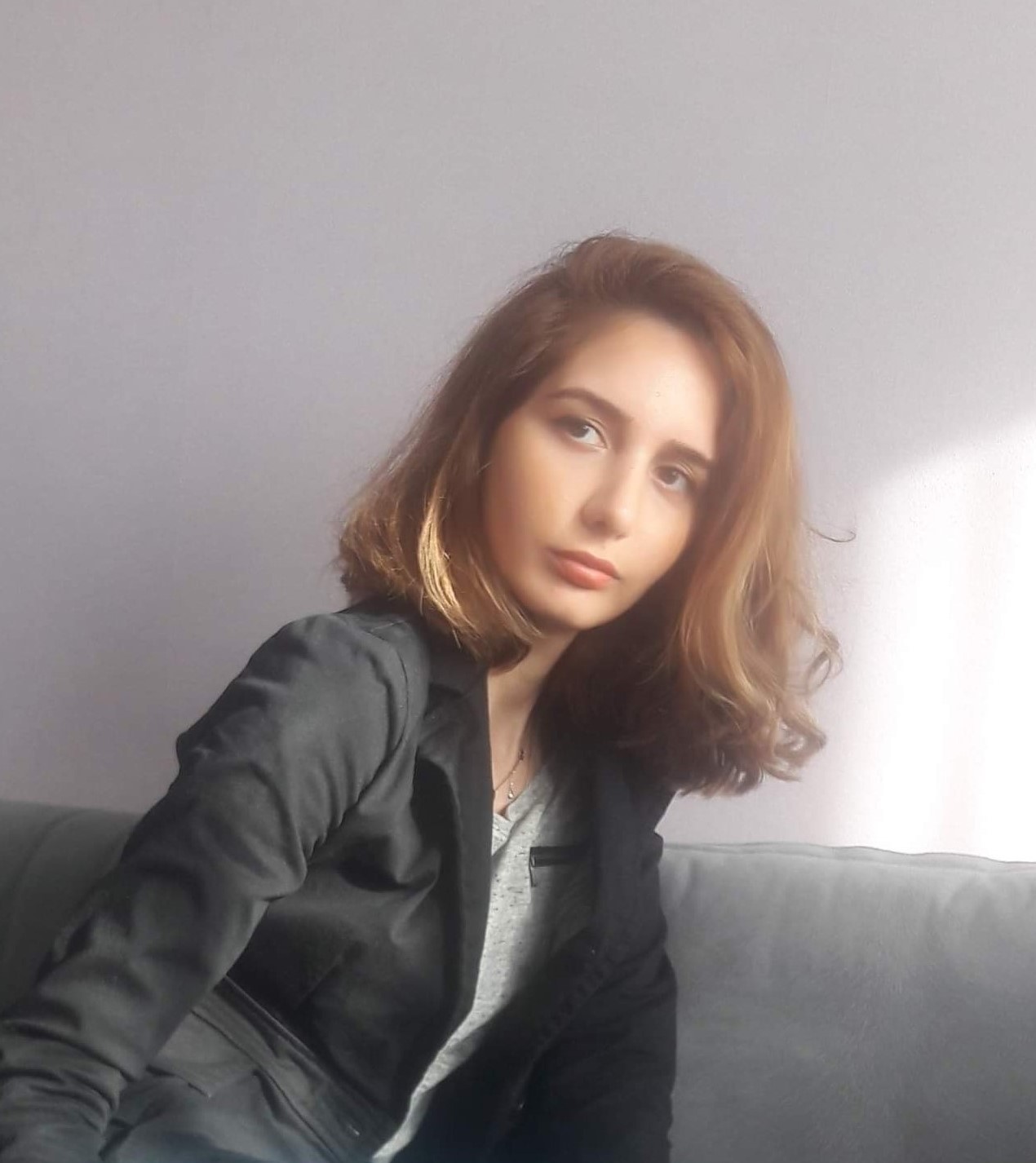 Mariam is a junior fellow at CRRC Georgia.