Unemployment remains one of the most frequently cited concerns among Georgians. But how satisfied with their jobs are those who are employed?

Public opinion polling consistently shows that the most important issue facing the country is unemployment. While official data suggests an unemployment rate of around 17%, Caucasus barometer survey data suggests that only 40% consider themselves employed.

While unemployment is clearly an issue, a secondary point is the quality of jobs available: a third of the unemployed (36%) reported that they do not work because available jobs do not pay enough, and 61% reported that suitable work is hard to find on a 2018 survey.

The results of the 2019 Caucasus Barometer survey suggest that people who are working tend to be moderately satisfied. Half (47%) of those who considered themselves employed or self-employed (37%) reported they were moderately satisfied with their work. By comparison, 37% of people expressed a positive attitude towards their job and 16% a negative attitude.

Women were nine percentage points more likely than men to report being satisfied with their job.

There were no significant differences between people of different ages, marital status and ethnicities or between settlement types in terms of satisfaction. 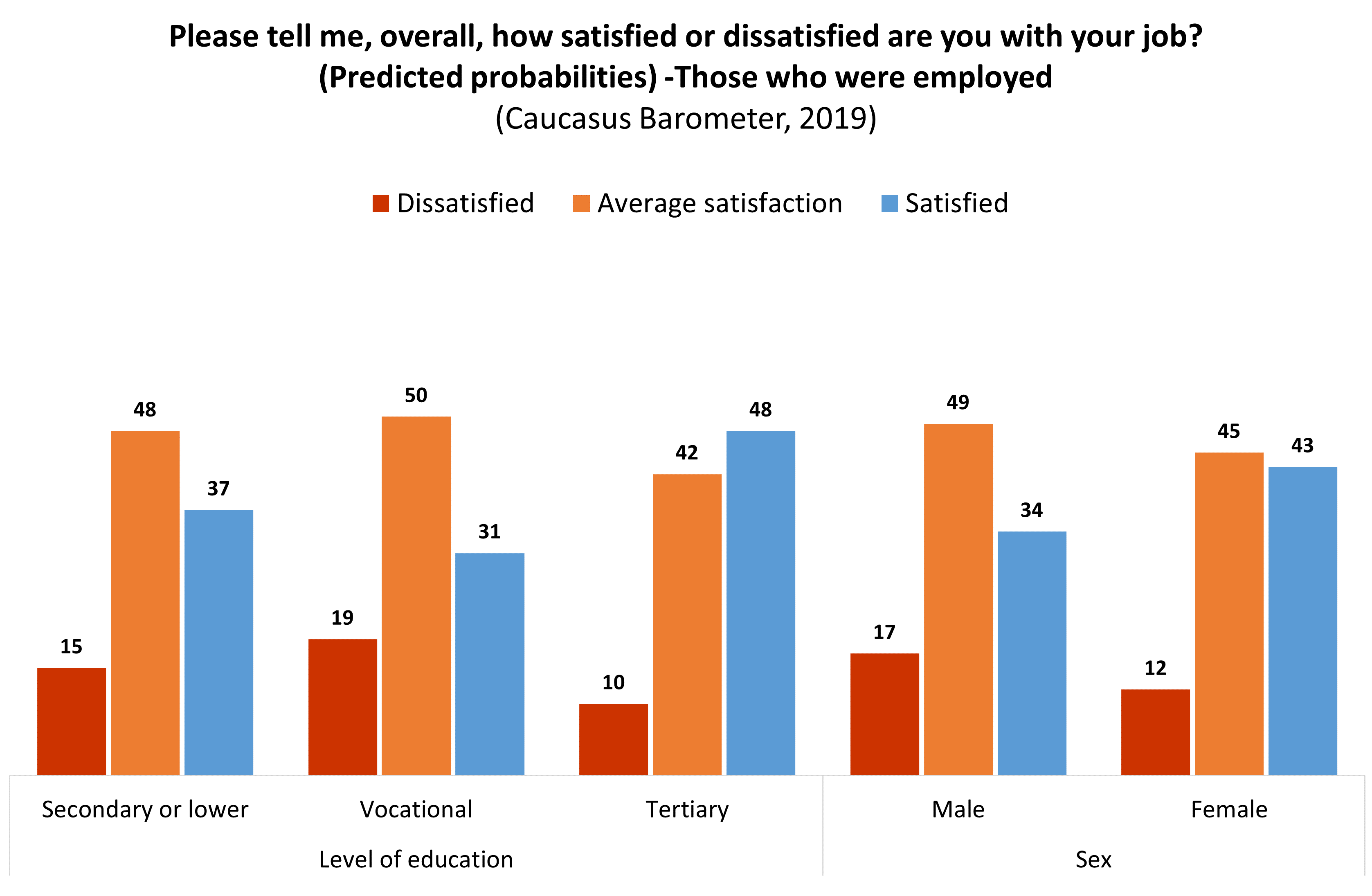 Aside from demographics, job satisfaction is also correlated with income, employment sector, and knowledge of English.

People with lower incomes tend to be less satisfied. Those whose personal monthly incomes were between $51–$100 were less likely to be satisfied with their jobs than those whose income was more than $101. The data shows that dissatisfaction is almost three times less likely when income exceeds $101.

The data indicated that people who likely have higher skill jobs tend to be more satisfied with their work.

Having a higher level of knowledge of English was associated with greater job satisfaction, while higher-level computer skills were not. This is despite a strong correlation of around 50% between computer skills and English language knowledge. 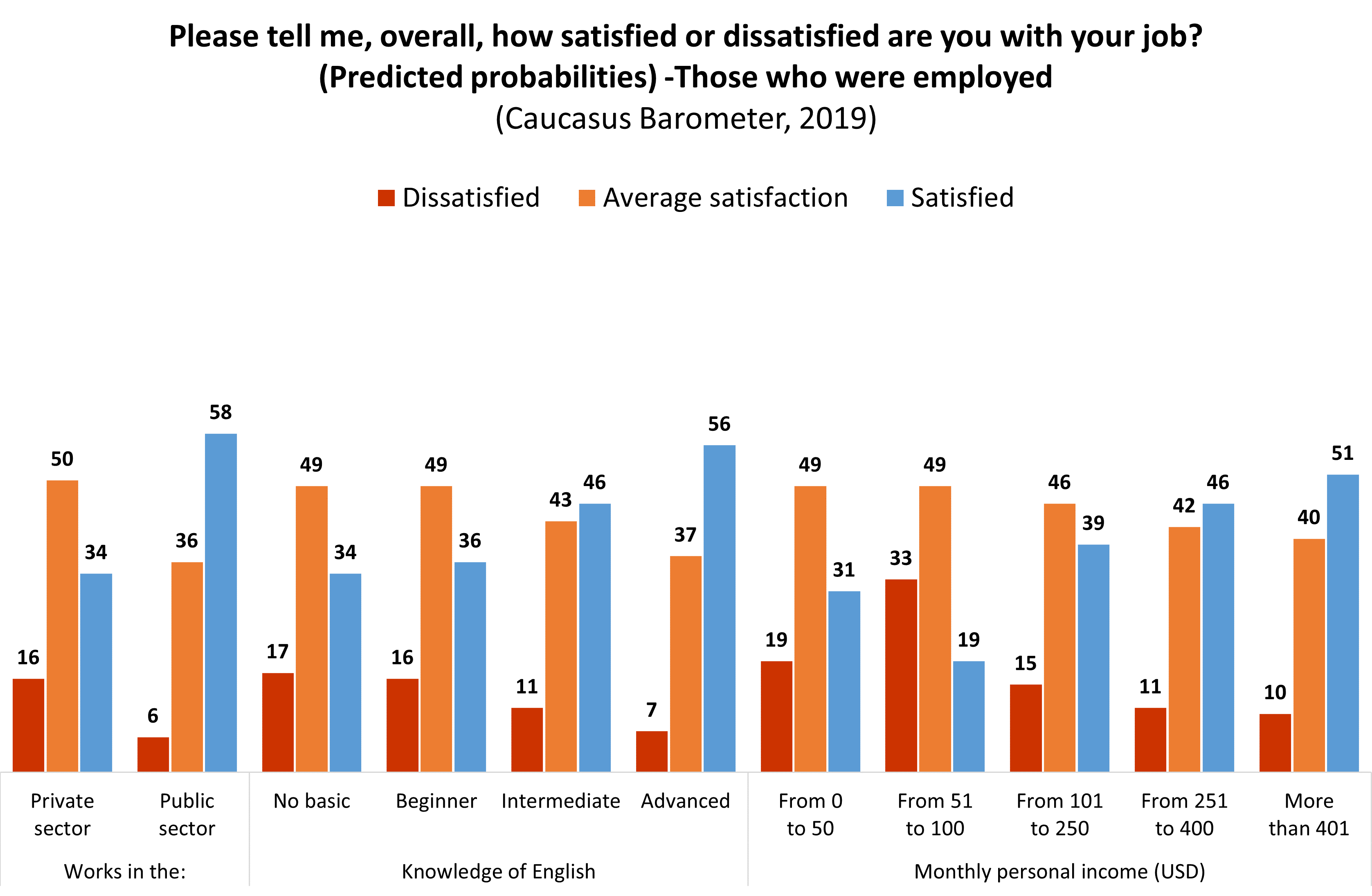 Note: In some cases in the above, figures may not sum to 100%. This is generally due to rounding error.

The above data suggests that women and people with more education were more likely to report being satisfied with their jobs. This was also true of people working in the public sector and those with higher levels of English language knowledge.

This suggests that those in higher-skilled jobs were more satisfied though not always, as the data on computer skills shows.

The views presented in this article do not represent the views of CRRC Georgia or any related entity. 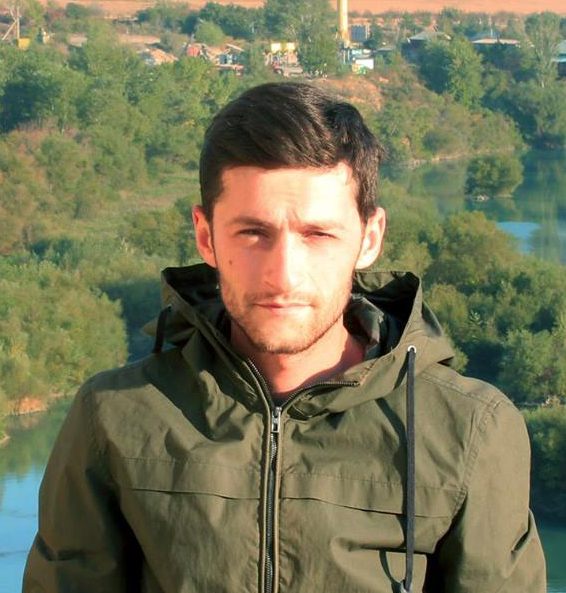