Access to information about the COVID-19 vaccination process in Georgia increased in December 2021 compared to July 2021, with people outside Tbilisi, ethnic minorities, those without tertiary education and those who support opposition parties becoming relatively more informed.

Roughly half the population felt they had sufficient information about the vaccination process in July 2021. Data from the December 2021 CRRC and NDI survey suggests this share has increased, with the gains primarily stemming from people outside the capital, those without higher education, ethnic minorities, and people who do not support Georgian Dream.

The July 2021 CRRC and NDI survey suggested that 54% of Georgians felt they had enough information about the vaccination process. In December 2021, this share increased to 64%. 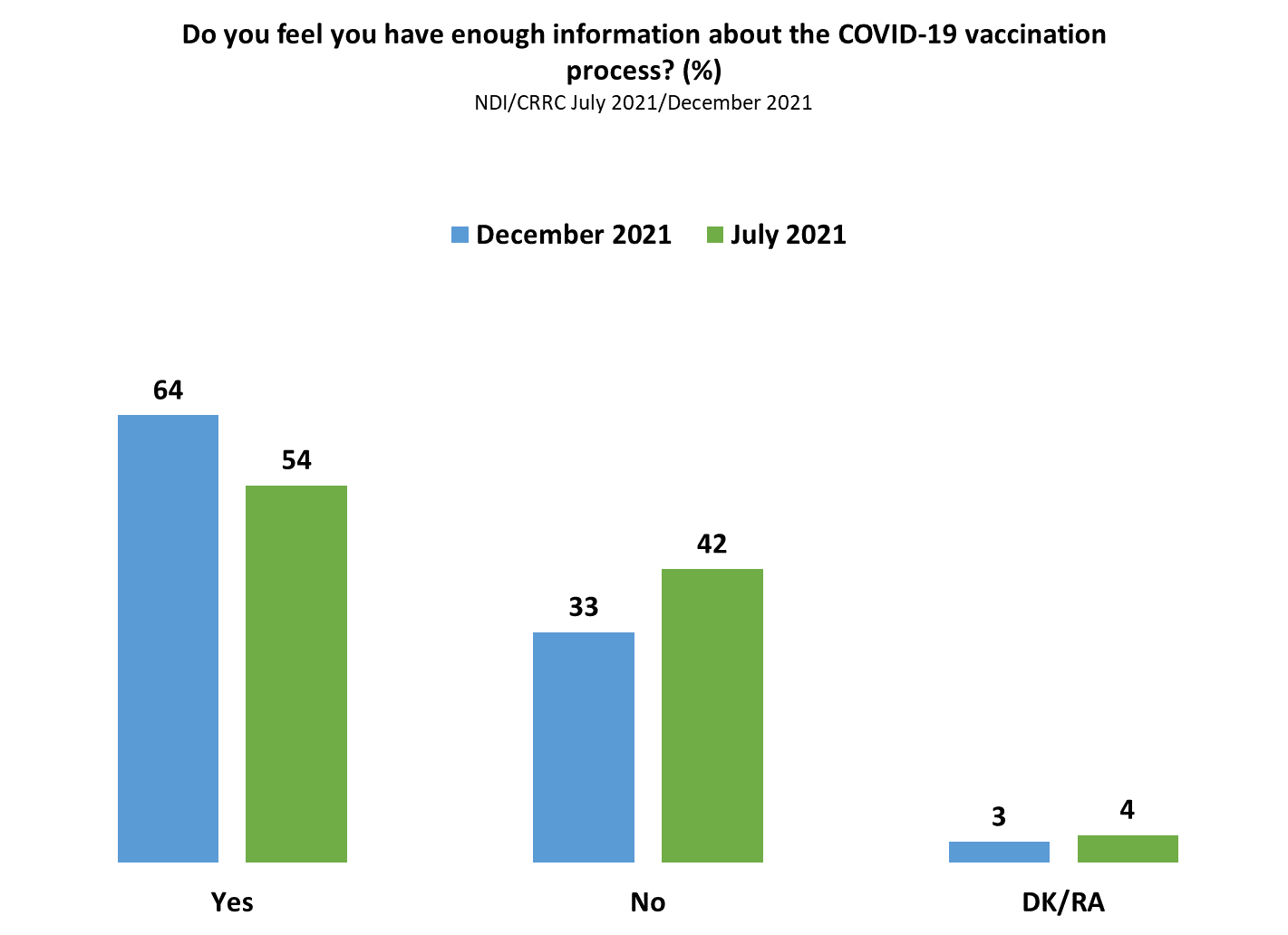 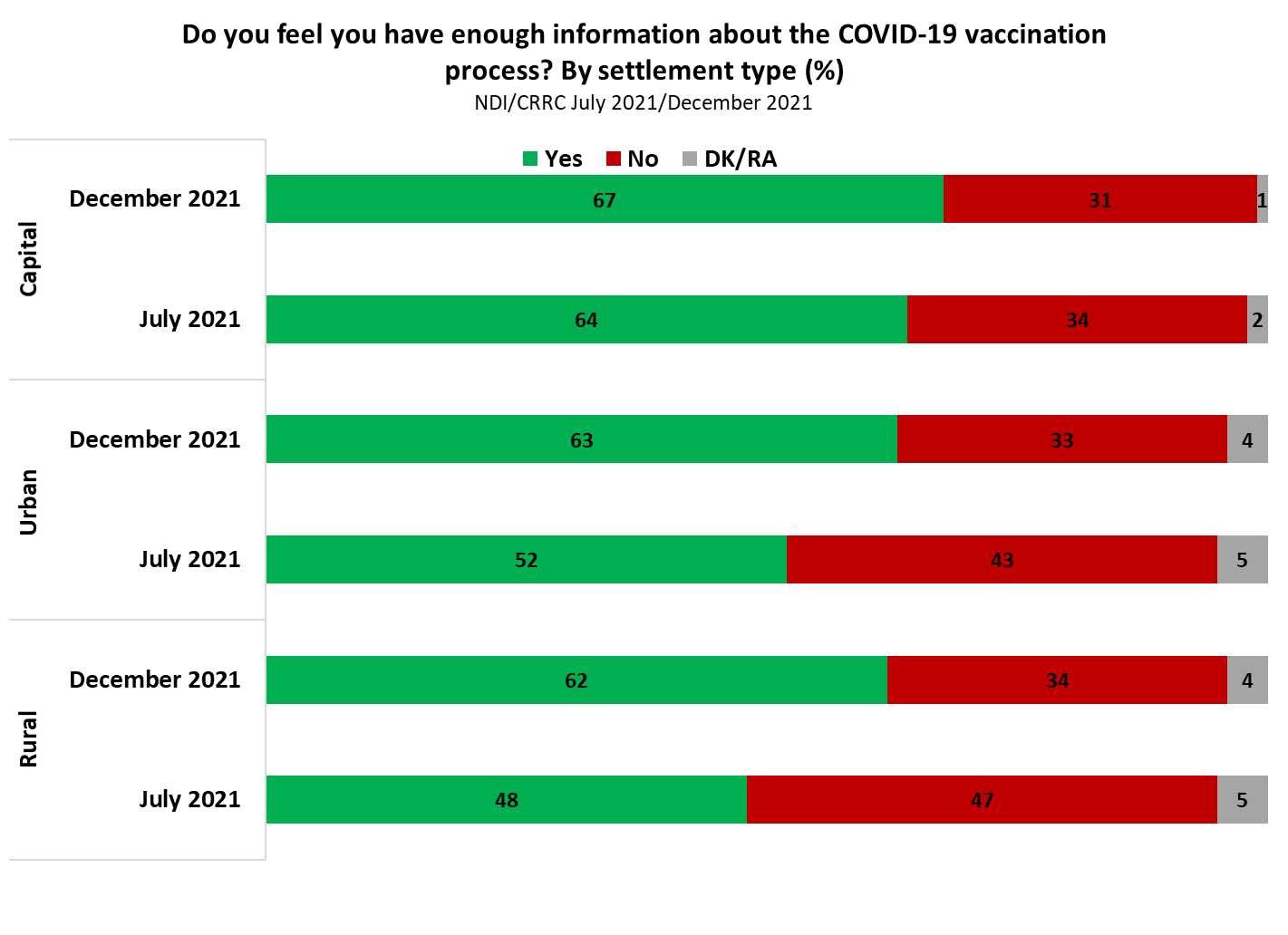 There was also an increase in the share of people with secondary technical and secondary or lower education who said they had enough information about the vaccination process. There was a 10 percentage point increase in the share of people with enough information who have vocational education and a 15 percentage point increase among those that have a lower level of education. There was no significant change in how informed people felt they were among those with higher education. 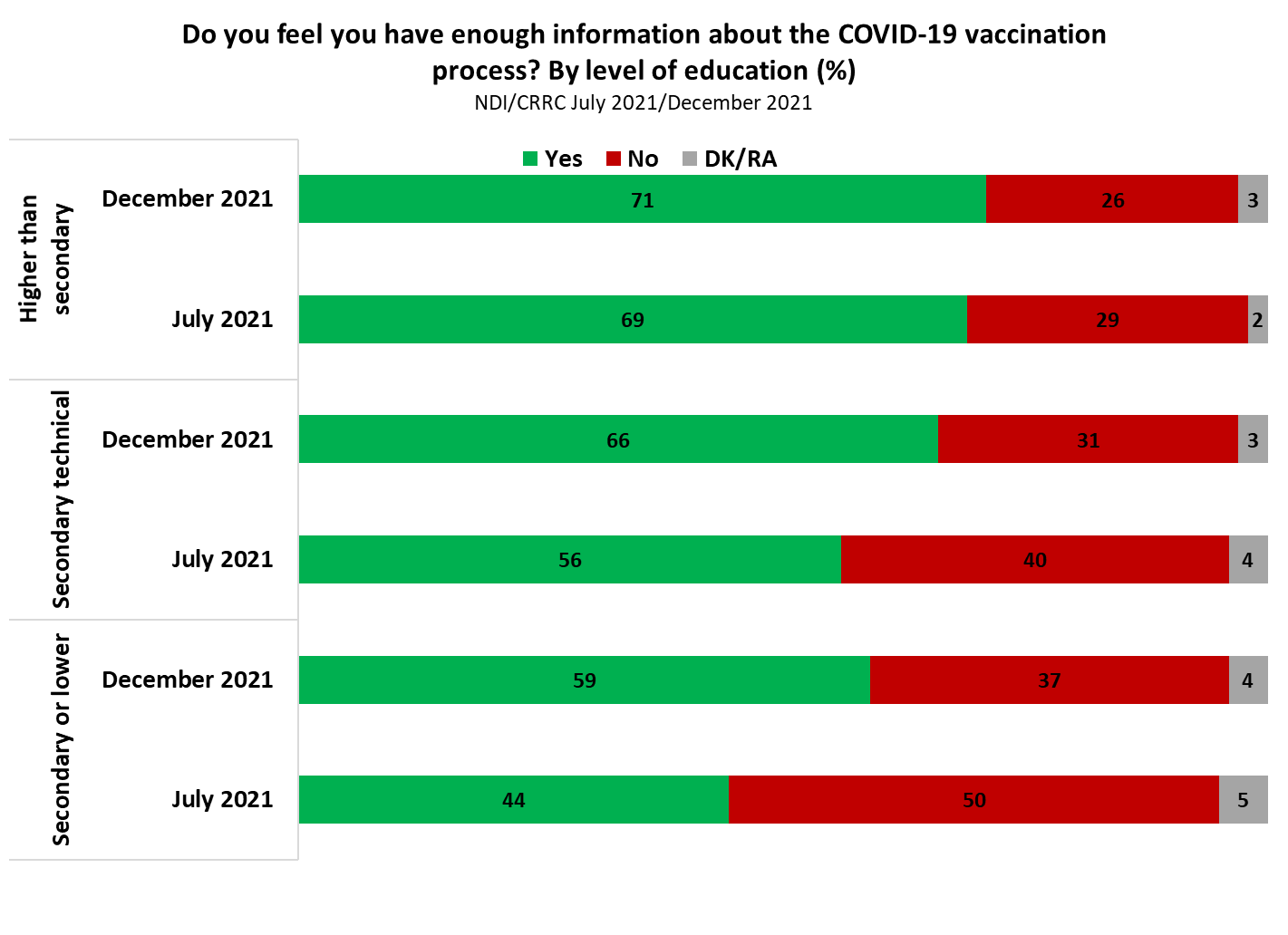 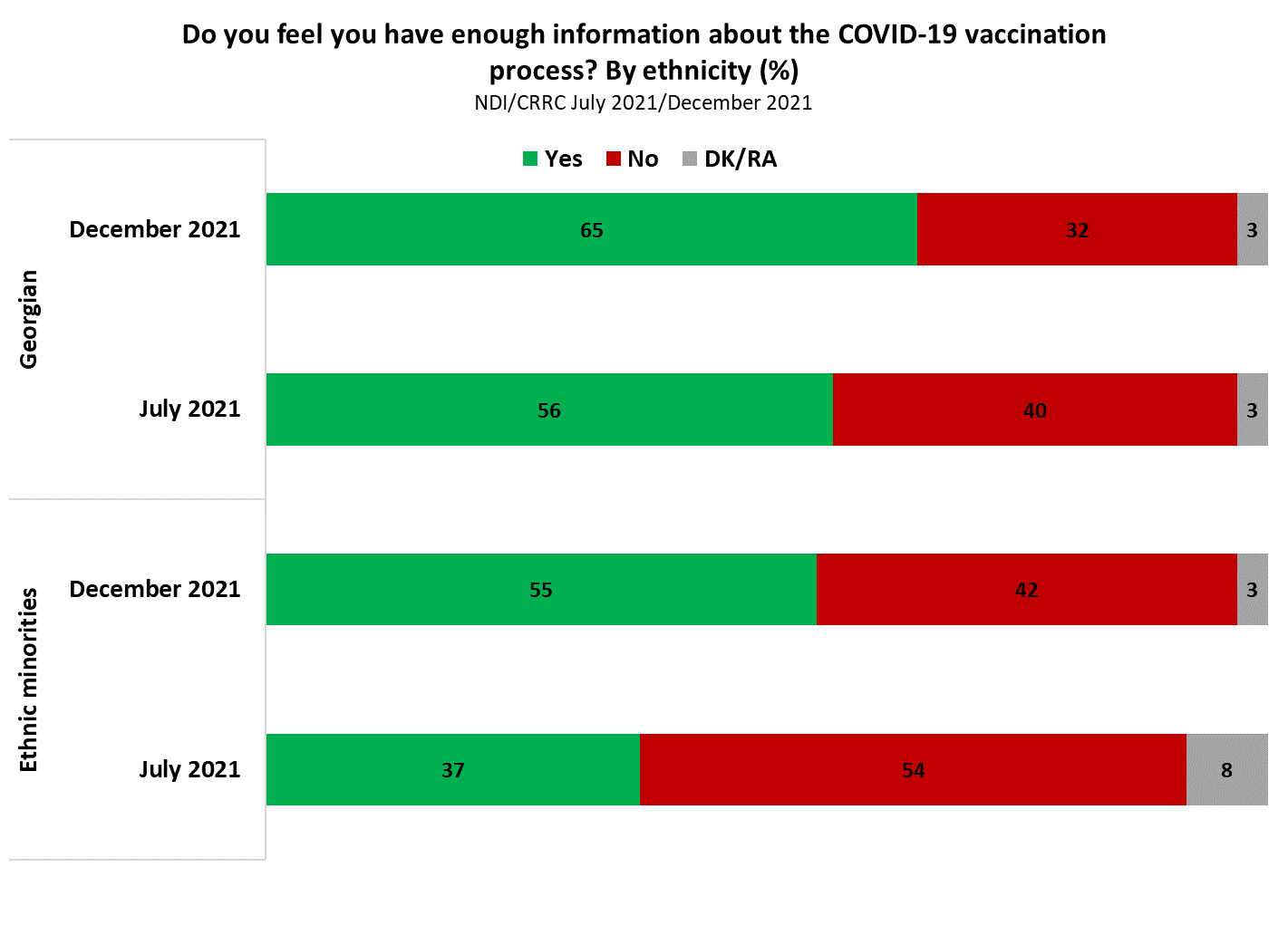 The data shows more Georgian Dream supporters said they have enough information about the vaccination process compared to opposition party supporters. That said, there was a 12 percentage point increase in the share of people with enough information among those who support opposition parties and those who refused to answer which party they support.  There was a nine percentage point increase among those who do not know which party they support. 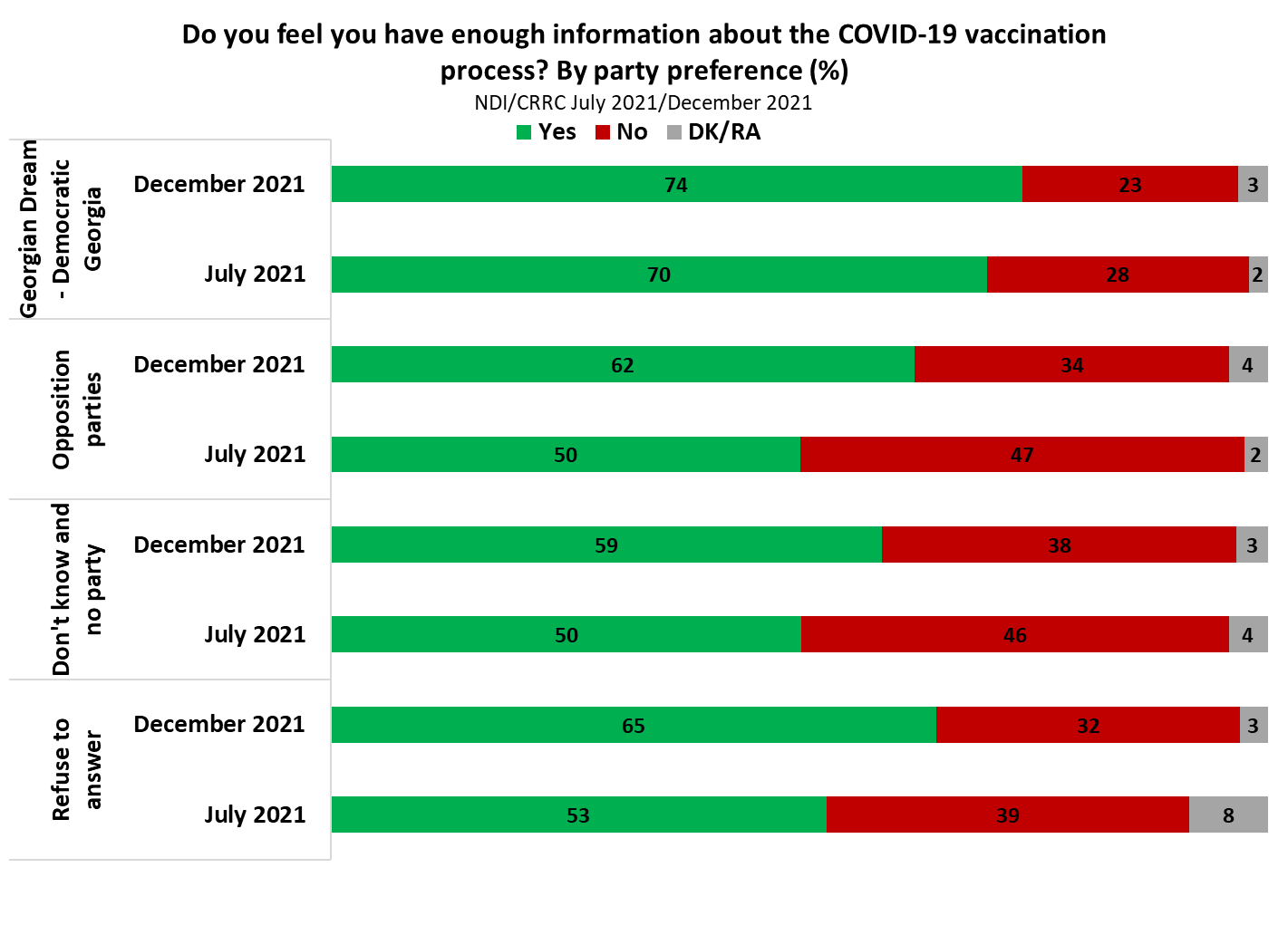 In contrast to the above, there were no significant differences in terms of how access to information increased between men and women or among people of different ages.

This article was written by Eka Jikidze, a Junior Fellow at CRRC Georgia. The views presented in the article are of the author alone, and do not necessarily reflect the views of the National Democratic Institute, CRRC Georgia, or any related entity. 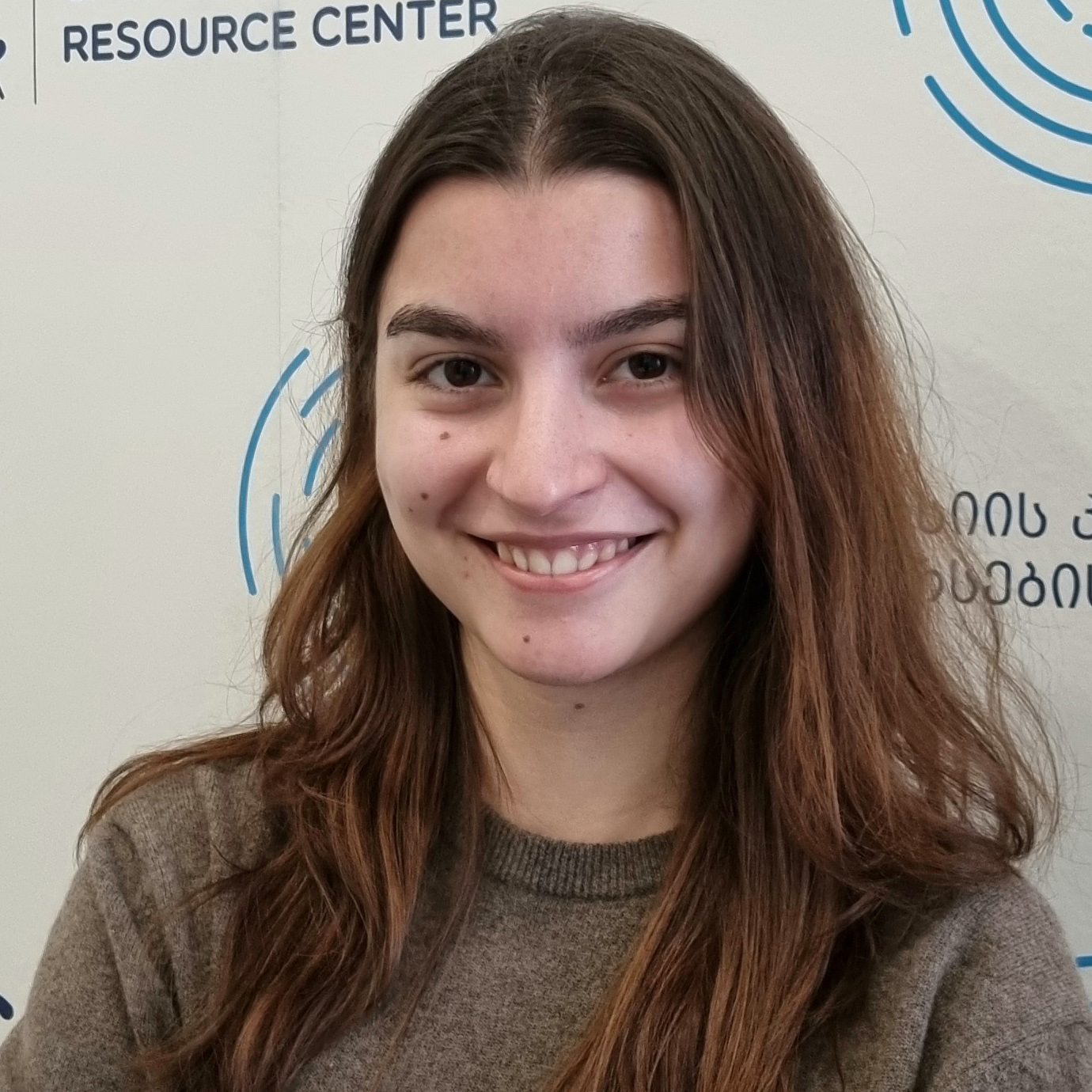 Eka Jikadze is a Junior Fellow at CRRC Georgia.