After five months of protests, threats, and boycotting of parliament, the political crisis in South Ossetia is continuing unabated. Local experts see no way out of the impasse.

On 11 February, a session of the South Ossetian parliament was again aborted after a lack of a quorum was reached. Almost half of MPs, 14 out of 32, have been boycotting parliamentary sessions for five months.

They remain steadfast in their demand for President Anatoly Bibilov to dismiss the Prosecutor General, Uruzmag Dzhagayev, over the death in custody of local resident Inal Dzhabiev on 28 August 2020.

Dzhabiev was detained during an investigation into the attempted assassination of Interior Minister Igor Naniyev. Photos of his bruised body sent shockwaves throughout South Ossetian society.

The boycotting MPs have found themselves under pressure from the authorities in several ways. In September, the Prosecutor’s Office announced an intention to press charges against several opposition figures.

Since then, the authorities have waged a public relations campaign against them, accusing them of colluding with Western and Georgian intelligence agencies.

They have said that the opposition’s rejection of the 2021 budget would leave people without salaries and pensions. President Anatoly Bibilov has also threatened to dissolve parliament.

In the latest move on 9 February, the speaker of parliament and chair of the ruling United Ossetia party, Alan Tadtayev, signed an order to stop paying salaries to the protesting MPs. Despite United Ossetia being the largest party in parliament, they do not command a constitutional majority.

In response, videos from 2016 have circulated online of president Bibilov, who was then the speaker of parliament, vowing not to pass a budget over a political dispute and explaining why this was not a problem.

David Sanakoyev, an MP  from the opposition Nykhas Party, disputed the accusations being levelled at them. He said that salaries and pensions were protected budget items, which meant that money would be allocated for this in any case.

‘This is a policy aimed at aggravating the situation, steps towards an impasse’, Sanakoyev told OC Media.

‘They seem to say, “whatever you do, we will make it even worse so that people think worse of you”,’ he said.

A long, cold vigil in Tskhinval

Since early December, Inal Dzhabiyev’s mother and his widow have held a vigil in the central square of Tskhinval. After spending a month in the cold, they finally got permission to set up a tent to keep warm during the nights.

Although supporters have joined them, over time their number has dwindled. Dzhabiyev’s mother, Maya Tsiskadze says that people simply stopped believing that any change could be expected from this government.

‘Of course I’m tired and very cold. My whole body hurts constantly’, Tsiskadze told OC Media. ‘In December I was on holiday from work to be here more. I work as a nurse in a hospital. When my holiday was over and I started working shifts again, my employees gave me an IV drip and injections, and I felt a little better’, she says.

‘I don’t know how long we will be able to stand here, I don’t know where we’ll come, but it seems to me that it is easier for Inal in the next world because we are seeking justice’, she says, sitting at a gas burner in her tent, a photograph of her son hanging in the corner.

There have been three medical examinations into the circumstances of her son’s death.

The first, carried out by the Russian Defence Ministry in Rostov-on-Don, found that Dzhabiyev died of drug withdrawal. This verdict caused outrage, both among his relatives and the public at large.

Another examination by local forensic expert Zarina Dzagoyeva concluded that Dzhabiyev died of acute heart failure, ‘which developed as a result of the injury he received’.

A third examination commissioned by the Prosecutor’s Office, this time in Moscow,  has yet to conclude. But Maya is not optimistic.

‘What can be new there? It will be the way they want it again, the conclusion will be the same.’

The opposition have pointed to a number of ways in which Dzhabiev’s case was mishandled. The first, is that the attempted assassination of the Interior Ministry was investigated by the Prosecutor General when it should fall within the competence of the KGB.

Second, at a government meeting following Dzhabiev’s death, Prosecutor General Uruzmag Dzhagayev stated that he had been arrested on 27 August and had died after being taken to hospital the following day.

However, it has since emerged that Dzhabiyev was detained on 23 August, and his family had not know his whereabouts for five days.

Finally, the opposition disputes the time of Dzhabiyev’s death. According to the autopsy by Zarina Dzagoyeva, he died an hour before he was taken to the hospital.

Irina Gagloyeva, the head of the South Ossetian media centre, says that the crisis had been brewing long before Dzhabiev’s murder and that the authorities had tried in every possible way to close their eyes to the obvious.

‘Instead, [the authorities] are trying to avoid even the word “crisis”, they have stubbornly denied it. Then the second stage begins, the stage of searching for the guilty. And they were not found on Mars’, Gagloeva told OC Media.

‘For me, the main culprits are those who do not see the obvious and do not want to solve the problem.’

Even after Dzhabiyev’s murder, there was still an opportunity to rectify the situation, she insists.

‘For all the tragedy, for all the pain of the situation, it seems to me that if at the time everything had been done to ensure the objectivity of the investigation, the situation could have been rectified.’

‘The only solution in this situation is truth and justice. People should see it. People are very sensitive to both truth and untruth’, Gagloyeva concluded.

Today, even the most daring and independent experts do not see a clear way out of the situation.

Vyacheslav Gobozov, a political scientist and lecturer at the South Ossetian State University, notes that this crisis is not the first.

‘It is important to form a political and legal system in which such crimes will become, if not impossible, then less likely. Neither resignations nor even the promised reforms in the law enforcement system guarantee that this will never happen again’.

‘Each time, these crises become more and more serious’, he said, suggesting that a move from a presidential to a parliamentary system could help alleviate these crises.

The geographic names used in this article are those of the author’s.  For ease of reading, we choose not to use qualifiers such as ‘de facto’, ‘unrecognised’, or ‘partially recognised’ when discussing institutions or political positions within Abkhazia, Nagorno-Karabakh, and South Ossetia. This does not imply a position on their status. 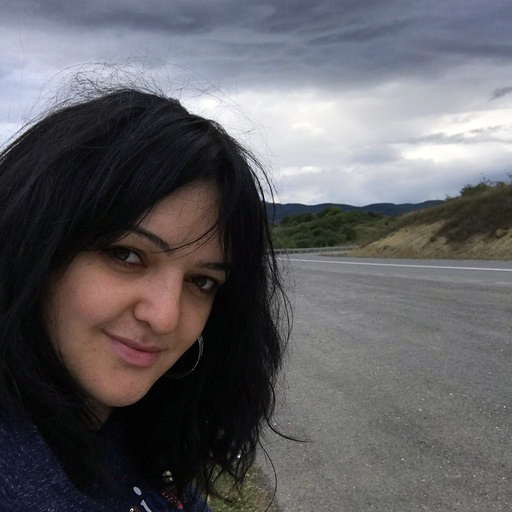 Zarina is a journalist and civil activist from South Ossetia. She holds bachelor’s degrees in philology and political science from the South Osetian State University.