Thousands of Georgian women have moved to Italy to work as caregivers for the elderly. But for many, a lack of legal status and the years-long separation from their families has extracted a heavy cost.

On 3 March 2008, Mother’s Day, Elene (not her real name) packed her bags and left Georgia for Italy.

‘Even though it has already been 12 years since I moved here, I cannot forget that day’, she told OC Media. ‘Instead of being with my children, I was leaving them, hoping to work enough to ensure they had a better life.’

She had struggled to feed her family then — often being able to afford little more than flour.

‘I invented some recipes so that my children did not feel too hungry’, she recalled. ‘I am a nurse, but my salary in Georgia was something like 100 euros (345 GEL) per month. How could we survive?’

When she left, the EU-Georgia visa liberation agreement was not yet in place and her trip to Italy cost Elene her home,  saddled her with a bank loan, and put her through an unpleasant experience — she had to pay 4,500 euros in cash directly to a corrupt government official.

‘In Georgia, the Mafiosi, who had infiltrated the bureaucracy for getting a Visa, wanted me to pay them before helping me. Then, they took my money and disappeared’, she said.

Eventually, thanks to a friend who was going through the same process, Elene knew her documents for a tourist visa were ready, she took them and left Georgia immediately.

She stayed in the country after her visa expired, and after a year-long interregnum during which her stay was illegal, her status was legalised in 2009 through a government decree.

According to the “Italian National Institute of Statistics”(ISTAT) there are 15,778 Georgians living in Italy (out of which almost 13,000 are women) but some believe the real number could be double that.

Many, including Elene, are living in the region of Puglia, especially in its capital city, Bari. Angelo Cirone, the head of the Italian-Georgian Association told OC Media that in addition to Bari being a ‘welcoming city’, many Georgians chose the region because they find a cultural affinity with the locals.

‘We both love eating, spending time with our families and we both are noisy’, he said. ‘I think Georgians feel comfortable here.’

As Italy has one of the most rapidly ageing populations in Europe, the majority of the Georgian women who immigrate take up employment in the elderly assistance sector.

‘Compared to other nationalities, Georgians built the strongest community here and they usually help each other finding accommodation and a job’, Filippo Ferrante, CEO of Badante in Regola, an agency connecting families with caregivers, told OC Media.

However, Simon (not his real name), who often works with Georgian migrants, told OC Media that the situation is not so simple. Many Georgian women are vulnerable to both labour and financial exploitation — especially because they work and live in the country without legal status and its attendant protections.

He outlined the general contours of one exploitation scheme common in the Georgian community. ‘Usually, there is a woman who has been living in Italy for years and works as a manager. She gets in contact with the new migrants, she rents them a room at her place for €5 per night, though most often it is almost 20 people packed into a room meant for four.’

‘Then, when she finds them a job, she asks for the first month’s salary, which is usually around €1000.’

Mario Lamanna, a volunteer at a local branch of Caritas Internationalis, who works to aid caregivers, told OC Media that because ‘regular contracts’ are very rare among caregivers, a ‘space of action for organised crime’ has opened up.

Although this issue has not yet caught the attention of the authorities, several civic initiatives are aiming to create an alternative to the ‘illegal manager’ and the mafia.

Amongst those initiatives, there is the ‘listening centre’ in the church of San Marcello, in Bari, where Mario and several other Caritas volunteers work as intermediaries between caregivers and the families looking for someone trustworthy to look after elderly relatives.

The majority of Georgian migrants to Italy are young mothers trying to afford a normal life for their children, but according to Nicoletta, the Caritas manager, it is not uncommon to find also grandmothers in their seventies waiting in front of the centre.

‘It’s incredible to see them here’, she said. ‘They want to work for the whole family but especially, they want to guarantee their grandchildren the possibility to continue with their studies.’

But for those women, the price for their migration is high.

‘I had to get used to working day and night, even if at the beginning I felt I was in prison’, Tamara, a Georgian caregiver who frequents the centre told OC Media. She adds that it is still preferable to living in poverty while working as a nurse in Georgia, where she had to ‘choose between buying medicine or food’.

Worse still, is her separation from her children. ‘I didn’t manage to see my children for three years’, Tamara confessed. ‘I’ve fainted three times from the stress of being so far from them.’

Tamara’s friend Lika has not seen her children in nine years. ‘I look at their photos every day’, she told OC Media. ‘They got used to my absence and they refuse to talk. If things get any better, I will immediately go back to Georgia.’

The situation of many Georgian caregivers is made more difficult by their precarious legal status — though the legislative changes triggered by the COVID-19 pandemic have brought some small relief.

In order to help kickstart an economic recovery, in May, the Italian government approved a decree which includes, amongst many other things, the regularization of some of those working in the domestic sector.

In particular, those who have been living and working illegally in Italy before March 8, 2020 and who had a visa or residence permit that expired after 31 October, 2019 had the chance to legalise their status in the country.

Two hundred thousand applied, ‘below expectations’, according to the Interior Ministry. Many thousands of caregivers also fell outside of the definitions of the new decree and, if nothing else changes, will continue to work within Italy’s shadow economy.

OC Media repeatedly contacted Italy’s Labour Ministry for comment on the situation of migrant caregivers but has not received a response.

Without the possibility to have their status legalised and consequently, without any means to travel back to Georgia, many of these migrants feel stuck in Italy with no support, but Tea's story deviates from the others and gives another perspective on the migration journey.

After living for almost 10 years in Italy as refugees, Tea, her husband and their four children decided to return to Georgia. Tea’s husband had some health issues and they thought it would be better for him to be close to his family. Thanks to the manager of the migrant reception centre where they were hosted, they were introduced to the International Organization of Migration (IOM), the world’s largest intergovernmental migration organisation, and its programs for the reintegration for returnees.

According to Tea, the IOM purchased plane tickets for her and her family and provided them with all the necessary travel documents. Upon her arrival in Georgia, they gave her financial aid, allowing her to finance a small business where she will be working as a beautician. They also helped her with pregnancy-related health problems.

‘I am so thankful’,  Tea told OC Media. ‘I suffered from thrombosis in pregnancy and I had to take ketamine. In Italy it was free, but in Georgia, I could not afford it. IOM helped me to pay for it for the whole pregnancy.’

Mariam Tokmazishvili, the coordinator of IOM’s migrant resource centre coordinator in Tbilisi, told OC Media that the aim of the program was to help those who wish to return to their countries but have no assistance such as asylum seekers whose application had been rejected or victims of violence.

“We work in coordination with the government and our colleagues in the sending country and together with the needs of the person of concern, we plan a reintegration program’, Tokmazishvili said, adding that the assistance they provide usually lasts between three and six months — depending on their budget. 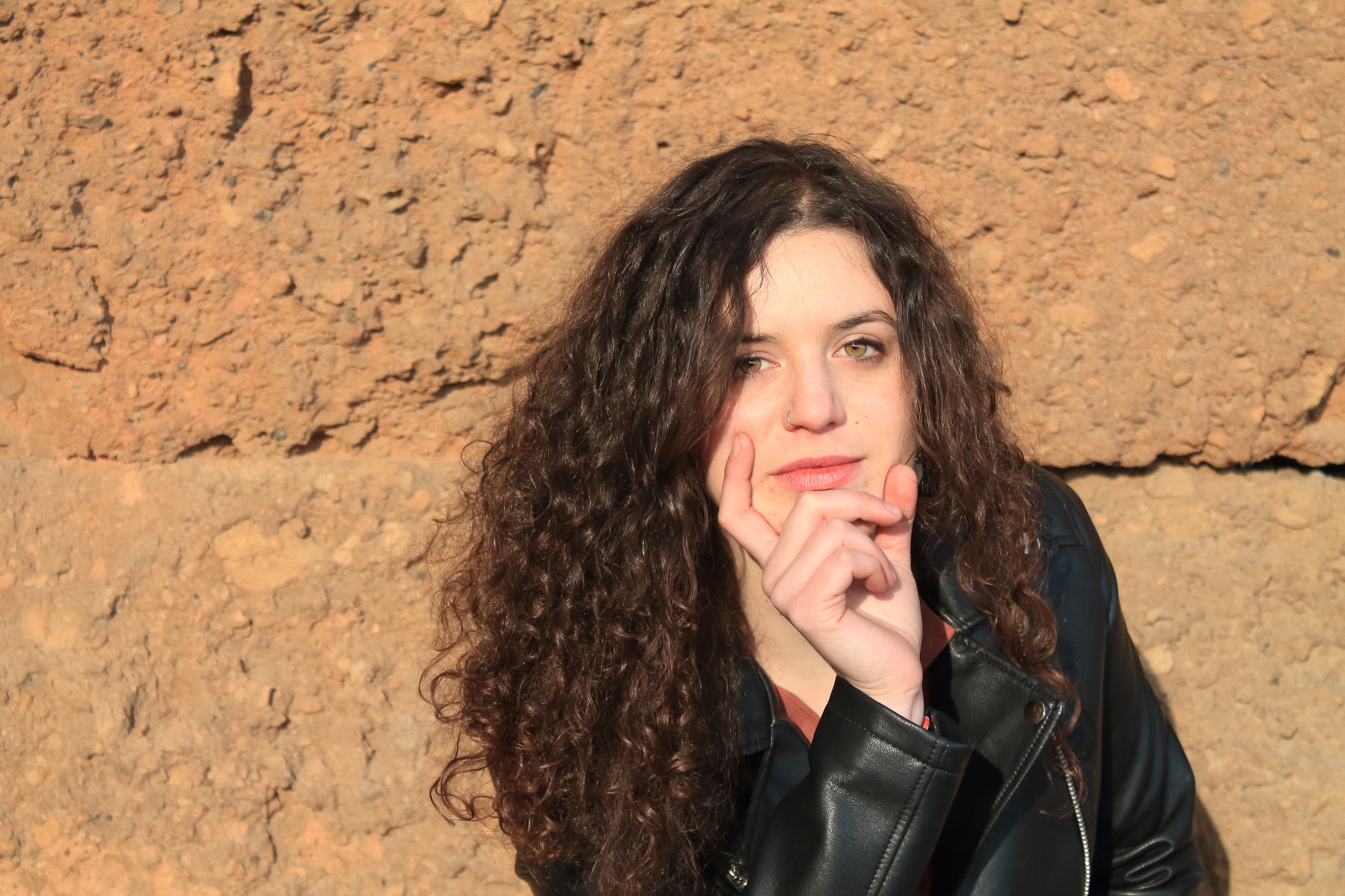 Teresa is a freelance journalist who holds a Bachelor degree in "Development and International Cooperation" at the University of Bologna. She has a keen interest in social issues, migrations, minorities and conflicts. Recently, she moved to Denmark for the Erasmus Mundus Master's Degree in Journalism.