‘Women for Peace’ dressed in military fatigues and shooting Kalashnikov rifles? This contradiction reveals the extent to which a militarist ideology has transformed Armenia — even peace and gender equality have now become fundamentally military matters.

Recent photos of Prime Minister Nikol Pashinyan’s wife, Anna Hakobyan, in military uniform and with a Kalashnikov rifle in her hands, took Armenian social media by storm. In a country where masculinity is entangled with the military, a woman with a gun — the Prime Minister’s wife no less — was shocking.

No less shocking was that this was all organised by Hakobyan herself. As part of her ‘Women for Peace’ initiative, she and a group of women from Nagorno-Karabakh participated in a week-long training exercise in which they learned about tactics and weapons handling and were immersed in the military lifestyle.

On 19 September, Hakobyan announced the country-wide expansion of this style of program. This new program, organised in collaboration with Armenia’s Ministry of Defence, is open to girls aged 18-27, who seek to acquire basic military skills over 45 days of barracks-training. As before, Anna Hakobyan said she would participate, though this time, only at the beginning and end of the program.

Why did she do this? What message was she trying to send to the Armenian population? And how is it that weapons of war are supposed to represent peace?

Anna Hakobyan created the Women for Peace initiative in the immediate aftermath of the 2018 Velvet Revolution. It was, as its name suggests, an ostensibly anti-war endeavour with jewellery made from bullets as its symbol.

‘The more women join our action, the more bullets will disappear from the ground, they will simply turn into ornaments, and this, in turn, means that so many lives will be saved’, Hakobyan said at the time. She admitted that this was still only the ‘language of symbols’ but said that it was nevertheless ‘not very far from reality’.

‘If Mehriban Aliyeva, on her own behalf and on behalf of her people, says that they dream of listening to the mugham in Karabakh’, Hakobyan said. ‘Then there is only one way to fulfil this dream, this is peace.’

[Read on OC Media: Opinion | For all that divides us, music brings us together]

When clashes erupted on the Armenian-Azerbaijani border in July, Anna Hakobyan appealed to Azerbaijani women and mothers to call for an end to the hostilities so as not to endanger the lives of the sons of the Azerbaijani and Armenian peoples.

And yet, two months later, after making all of these very public expressions towards peace, she appeared before the public clad in military fatigues clutching a Kalashnikov. What is this if not an utter confusion in messaging?

The load-bearing wall of statehood

Militarisation can be understood as an ideology based upon the centring and idealisation of the military in society and public policy. Armenia is submerged in this ideology. Since the country has been embroiled in conflict for more than 30 years, this should not be a surprise.

According to numerous polls carried out in both Armenia and Azerbaijan, residents of both countries see little possibility of a peaceful resolution to the conflict. Meanwhile, frustration over stalled negotiations is strong, and cynicism widespread with in favour of a military ‘solution’.

The history of this ‘frozen’ conflict seems to bear these grim facts.

Despite the ceasefire agreement signed in 1994, there have been repeated ceasefire violations, and in 2016 and 2020, large military escalations that led only to more casualties and a new wave of hatred and enmity between the two countries.

In such a situation, increased demands for security from the average citizen may very well be justified.

At the same time, the situation leaves a deep imprint on the perception of reality. The army becomes seen as the load-bearing wall of statehood, with all other structures of rule and democracy held up by it.

In such a situation, the attitudes towards the government, especially officials from the Ministry of Defence, changes, with indulgence of the military becoming not an exception, but the cardinal rule of government.

This comes at a cost.

Security becomes an excuse for leaders to ignore or deflect questions of social injustice and inequality. Because as long as there is a war, every resource should be directed to the military.

Human resources too, the intelligence, talent, and capabilities of a country’s citizens which could flower in any number of socially productive ways are directed towards militaristic, often lethal, ends.

The photographs of Anna Hakobyan undergoing military training, and the expansion of the training program country-wide, fit perfectly into the subsumption of feminism and other social currents into Armenia’s growing militarism. Indeed, this is a process in which any social question, even that of peace, must be refracted through the prism of military power.

This universalisation of militarism is reflected nowhere better than the recent proposal to create a ‘Home Guard’.

On 1 September, Armenian authorities announced a plan to create a state-supported volunteer corps of up to 100,000 people which will operate alongside the Armed Forces. The project has already been submitted for public discussion. Citizens between the ages of 18 and 70, regardless of gender, will be able to volunteer for the Home Guard.

The discussion on Armenian social media that followed Anna Hakobyan’s photoshoot in Nagorno-Karabakh shows the extent to which the militaristic framework has been internalised by the wider population, with many commentators framing the images as a statement of women’s equality and even feminism.

The further such militarism progresses, the stronger the military presence becomes in all spheres of life, shrinking the space for criticisms of war.

Meanwhile, the army grows big enough to swallow the country whole and a peaceful resolution of the conflict recedes farther and farther into the distance.

Even something as basic as labelling war as a fundamentally inhuman phenomenon becomes impossible. Violence, rather than an exception, becomes a new normal, and women too become its standard-bearers — giving it a greater sense of naturalness, and inevitability.

Even during the April 2016 escalation, there were feminist texts in Armenia that sharply criticised the war․ This year, there was nothing.

Why didn't women speak out in 2020? Or why was their combined anti-war and anti-militarist voice not heard?

It is too early to answer these questions. Perhaps the microphone was entrusted to Anna Hakobyan, whose platform once had the confidence of the anti-war segment of society. This avenue has now, without a doubt, exhausted itself. 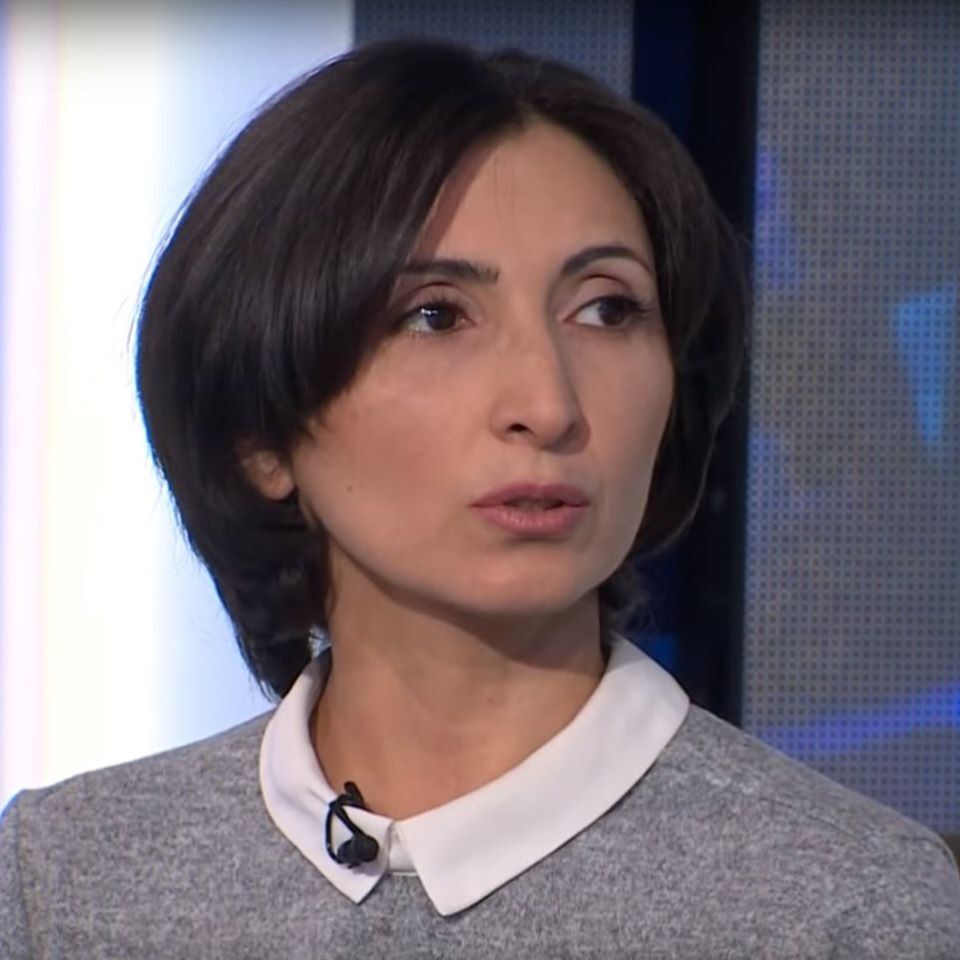 Zaruhi Hovhannisyan is a human rights activist, feminist, and publicist, whose texts and articles are published in newspapers and analytical magazines in Armenia and abroad. She is a member of the Prison Monitoring Group and Public Relations Specialist in the Coalition to Stop Violence Against Women. 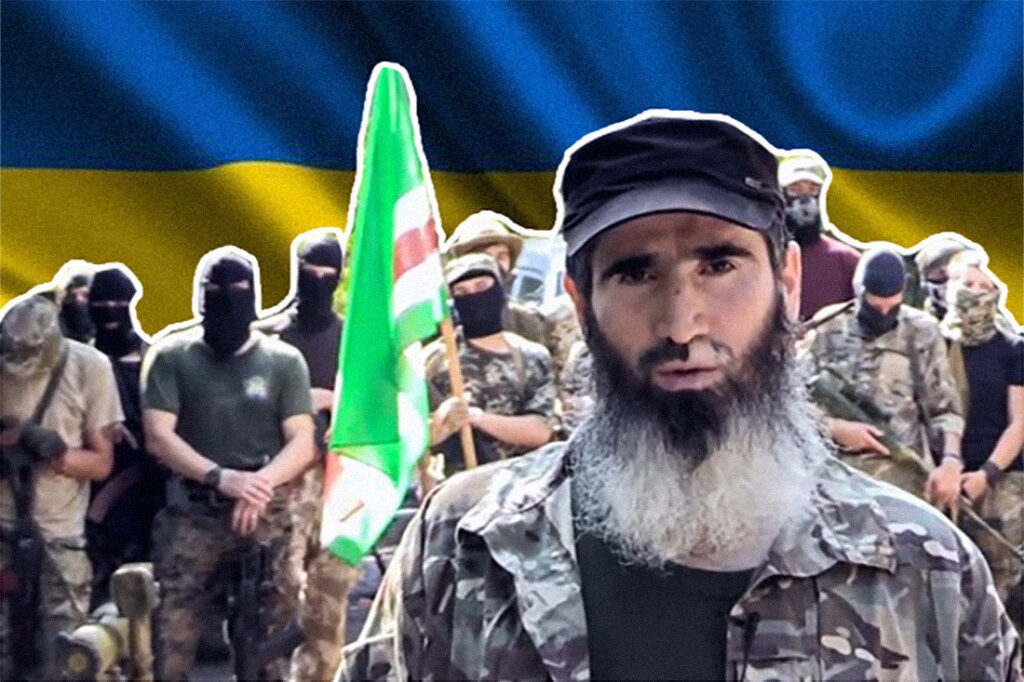