The European Parliament, the EU’s elected representatives, have made clear they will not ratify a deal with Azerbaijan unless it improves it’s human rights record. The European Commission should now follow through with a clear message — Azerbaijan’s crackdown on dissent must end and political prisoners freed.

The European Parliament adopted a resolution on 4 July, reiterating its commitment to strengthening ties with Azerbaijan, but not at the expense of human rights. In fact, parliament members said they wouldn’t ratify any agreement with a country that fails to respect fundamental EU values and rights.

They said that the European Council and Commission should use the partnership talks, underway since February 2017, to press their point, and should make their completion of an agreement conditional on Azerbaijan’s release of political prisoners and the ability of non-governmental groups and lawyers to work without undue government interference.

The resolution is significant because the European Parliament, as the EU’s legislative body, holds a significant role in ratifying international agreements before they enter into force. And this time, European lawmakers made it abundantly clear that they would accept no deal with Azerbaijan if fundamental values and rights are not respected and critical activists remain behind bars.

What is it all about? A new partnership agreement with Azerbaijan would deepen the political and economic ties between Europe’s Western bloc and the oil-rich country in the South Caucasus. The decision to open talks in February 2017 was taken soon after Azerbaijan freed 17 of the dozens of wrongly jailed activists, journalists and human rights defenders. The EU’s eagerness to engage with Azerbaijan reflected, at best, wishful thinking – that giving the country’s leadership what they desired could lead to further improvements of the country’s abysmal human rights record — or at worst, it reflected worrying cynicism on the EU’s part, with hydrocarbon interests trumping rights concerns.

For years, Azerbaijani authorities have engaged in concerted efforts to silence all critical voices in the country. They have arrested dozens of critics of the government, civil and political activists, journalists, bloggers and human rights defenders. Even when they have released some from politically motivated imprisonment, they have arrested many others. Many activists have fled the country or face politically motivated travel bans.

The authorities have also decimated the country’s once vibrant civil society by adopting laws that make it practically impossible for human rights groups to get funding abroad. Azerbaijan also stifles critical media, blocks prominent independent websites, and interferes with the work of independent lawyers by initiating disciplinary sanctions or disbarring them.

Many of those in jail or outside contesting Azerbaijan’s increasingly authoritarian government, count on the EU to stay principled in its dealings with Baku. Among them is Ilgar Mammadov, one of the few alternative political voices in Azerbaijan, imprisoned since February 2013, despite two European Court decisions finding his detention illegal. Last year, many EU member states supported the Council of Europe initiative to start legal proceedings against Azerbaijan for its failure to implement the European Court decision by freeing Mammadov.

Yet, Mammadov remains jailed and the same states appear determined to sign a closer partnership deal with Azerbaijan. The European Parliament resolution explicitly mentions Mammadov and several other detained activists and journalists, and calls on the commission to ensure their release as a condition for finalising the partnership talks.

It’s always important for the voices of EU’s elected representatives to support those suffering from repression in the EU’s neighborhood. But those calls are often promptly dismissed in Azerbaijan. They are also too often set aside by the European Commission, whose stated resolve to uphold rights in its policy toward Azerbaijan appears to waver in the face of economic or political interests.

Shortly after the negotiations over a new partnership agreement started, Azerbaijani authorities resumed the arrests of the country’s most outspoken critics. Mehman Huseynov, a popular blogger, was sentenced in March 2017 to two years in prison for allegedly defaming police officers after he went public about the ill-treatment he had suffered in their custody. In May, the exiled journalist Afgan Mukhtarli was abducted in Georgia and illegally taken across the border to Azerbaijan, where he was sentenced to six years in prison on bogus criminal charges. Many other political opposition supporters or youth activists shared the same treatment.

Parliament has made clear it wants to see progress on everything EU diplomats have ignored while negotiating a new bilateral deal or securing multi-billion loans for the construction of new a pipeline owned by Azerbaijan’s state oil company, SOCAR.

In principle, closer partnership through the new EU-Azerbaijan deal should deliver concrete benefits for EU and Azerbaijani citizens. But the absence of serious political consequences for the Azerbaijani leadership’s blatant disrespect for fundamental rights has left activists in jail or in exile with little or no hope. It would be embarrassing for both Brussels and Baku if the European Parliament decides to kill the deal because basic human rights conditions are not met in Azerbaijan.

Federica Mogherini and others at the European Commission should now convey the clear message that the crackdown on dissent needs to end and those unjustly jailed be released without further delay. 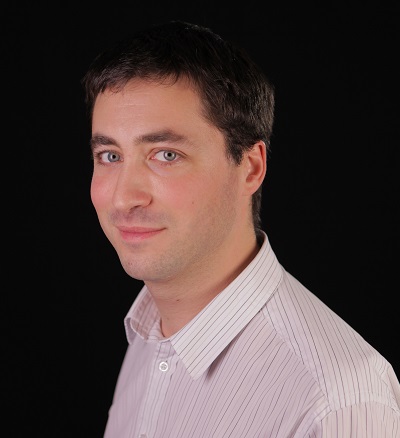