With sporadic violence being met by a constant stream of mutual recriminations, peace between Armenia and Azerbaijan can seem like a murky prospect. But while both sides need to do more to reach a lasting peace, who benefits most from the continuation of the conflict is clear.

On 22 May, Armenian Prime Minister Nikol Pashinyan and Azerbaijani President Ilham Aliyev met in Brussels through the mediation of EU President Charles Michel. According to Michel, the parties productively discussed humanitarian issues, delimitation of borders, and demining of territories.

Upon their return, the heads of Azerbaijan and Armenia signed decrees establishing border delimitation commissions, which met shortly after for the first time.

After 30 years of conflict and two wars, some media and experts said, peace seemed to be on the horizon.

It didn’t take long for reality to assert itself.

Almost immediately after his return from Brussels, Ilham Aliyev announced that the issue of opening the ‘Zangezur corridor’, connecting Azerbaijan with its exclave Nakhchivan, had been resolved in Brussels. Such rhetoric frequently sparks outrage in Armenia — where the government has steadfastly denied that Azerbaijan would receive any sovereign ‘corridor’ through Armenian territory. Commenting on recent anti-Pashinyan protests in Armenia, he also threatened a new war.

‘They [the opposition] think that if they come to power they can achieve something. Absolutely not!’ the Azerbaijani President said. ‘On the contrary, if they do not want to have their heads crushed again, they should sit tight and look away.’

On 28 May, a day after Aliyev’s comments, another skirmish took place on the border between Armenia and Azerbaijan, during which an Armenian soldier was killed.

Why does this animosity endure, even when peace seems so possible, and so close at hand? The answer is simple: Ilham Aliyev does not want it.

The Armenian authorities need peace at almost any cost because they understand that, after their crushing military defeat in 2020, Azerbaijan speaks from a position of power.

Ilham Aliyev, on the other, does not need a full-fledged peace deal, because he does not know what to do with it. The war and the consequent victory, for the first time, brought Aliyev immense popularity among his people. Previously, his power rested on weak authority, the police, and the suppression of free media and the opposition.

Then, he could not get rid of the image of being a ‘pale shadow of his father’ — the previous president of Azerbaijan, the late Heydar Aliyev, who is still greatly respected in the country. As time went on, the younger Aliyev’s authority declined as the Nagorno-Karabakh conflict remained frozen and the standards of living in the country fell steadily.

Before the war, Aliyev did not often appear in public, rarely gave interviews, and could most often be seen at yet another formal opening of a factory, museum, or even an overpass.

During and after the war, however, the president eagerly took on the role of a victorious leader and bringer of good news about newly liberated settlements. He eagerly gave interviews to foreign media and started to act confidently, knowing that the world would do little to stop the Azerbaijani army’s advance.

Aliyev does desire a peace treaty on paper in order to consolidate territorial gains, so long as in that treaty, Armenia recognises Nagorno-Karabakh as part of Azerbaijan. But even if such a treaty does come to pass, the peace it brings is unlikely to last.

Aliyev may be moved to violate it at any moment, if discontent again begins to grow in the country, as he has seen that it is only through war that he has been able to reliably increase his ratings.

In this vein, Aliyev has only continued to reinforce the nationalistic and militaristic mood of his population — including by making new territorial claims on Armenia. Since the end of the war, Aliyev has often said that Armenia’s Syunik Province, which he now refers to as ‘Western Zangezur’, and the city of Yerevan itself are ancestral Azerbaijani lands.

Nor has fighting on the line of contact in Nagorno-Karabakh and on the interstate border stopped. Only a few months ago, Azerbaijani troops briefly crossed the line of contact and took control of an Armenian-inhabited village, only vacating after the intervention of Russian peacekeepers.

Finally, should a fullfledged peace be concluded, Ilham Aliyev would have nothing to replace his ideology with. The whole national-patriotic idea in the country was based on the return of Karabakh and confrontation with Armenia.

The authorities probably still do not know how to explain to the population a possible peace with the ‘eternal enemy’, or how to distract people from the problems in the country in the absence of the frozen conflict.

Armenia and the Nagorno-Karabakh Armenians declare that the conflict is a matter of rights to self-determination, life, and security. For Azerbaijan, this is a matter of territorial integrity and national pride. While Azerbaijan also promotes the issue of IDPs publicly to motivate support for war, the authorities have shown little interest in their situation.

In spite of repeated statements, the Azerbaijani authorities have so far done nothing to prove to Armenians that their rights would be protected. On the contrary, the Armenian population of Nagorno-Karabakh sees that even Azerbaijanis themselves lack basic democratic rights — with rights and democratic metrics at the level of countries like Myanmar or Sudan — and both society and the state are extremely hostile toward Armenians.

The simple fact is that Armenia, and even Nagorno-Karabakh are reported to perform much better in terms of democracy and human rights than Azerbaijan.

Nor has Baku presented a plan for the integration of Nagorno-Karabakh Armenians or given any indication that they would have any different form of governance. This is in line with the policies Azerbaijan has towards other ethnic minorities in the country, who are severly underrepresented in local or state government institutions.

Azerbaijani troops have even used mobile loudspeakers to psychologically pressure local residents and apparently cut off the gas supply to Nagorno-Karabakh in the dead of winter.

The question of how the Karabakh Armenians would receive an education has also not been raised. In Azerbaijan, national minorities, except for Russians and Georgians, do not study in their own language. As a result, the languages of ethnic minorities inhabiting Azerbaijan are slowly dying out. When representatives of national minorities complain about their problems, they are called separatists.

Is there any possibility of peace? Unlikely as it may be, I think, yes.

For that Armenia needs to continue its current course, not allowing the nationalist opposition, playing on the traumas of people from the last war, to return to power, and then build legitimacy on a hatred of Azerbaijan and Azerbaijanis.

In Azerbaijan, however, it is much more difficult. For a peaceful and lasting resolution of the conflict, the current authorities have to go, because it is plainly against their interests to have a meaningful and lasting peace.

Azerbaijan needs a new, democratic government, reforms in education, the economy, as well as the rule of law. Only if the state renounces nationalist and militaristic rhetoric, combats it and then ensures a fair representation of national minorities, will space for a proper peace emerge.

The onus for changing the narrative of historical memory is on both countries. Both Armenia and Azerbaijan need to acknowledge the war crimes they have committed against each other and the suffering that they have caused. If this is done, then the sort of nationalist propaganda, based on a denialist one-sided narrative of pure victims and pure perpetrators, and resulting calls for revenge, will shrink.

As for the integration of Karabakh Armenians into Azerbaijan, I believe that is also possible based on the model which emerged from the Dayton Accords that ended the Bosnian War in 1995.

There is no president in Bosnia, where three previously conflicting nationalities (Bosnians, Serbs, and Croats) live. Instead, the country is ruled by a presidium of three people from each of the peoples and each with veto power. The parliament consists of an equal number of deputies from each nation. Today, though the country certainly still has its problems, the conflict has not reared its head again, and the country even seeks to join the European Union.

All the peoples living in Azerbaijan will equally benefit from decentralisation according to the Bosnian scenario. There will be less opportunity to concentrate power in the hands of one person or group of people with common interests and the potential for a new dictatorship will decrease.

Residents of the regions will be able to both choose their representatives in Baku and the local authorities who will be accountable to them. The peoples living in Azerbaijan will be able to freely learn their own language along with the state language, and the culture of these peoples will not be subjected to forced assimilation and oppression.

With the guarantee of the rights of Armenians to life, language, and with their representation in state institutions, along with the preservation of Nagorno-Karabakh as part of Azerbaijan and the resettlement of Azerbaijani and Armenian refugees who want to return to their homes, the conflict will finally be resolved. And just to be sure, a contingent of UN peacekeepers could be deployed in the region to prevent conflicts between two nations that have been separated from each other by barbed wire for so very long. 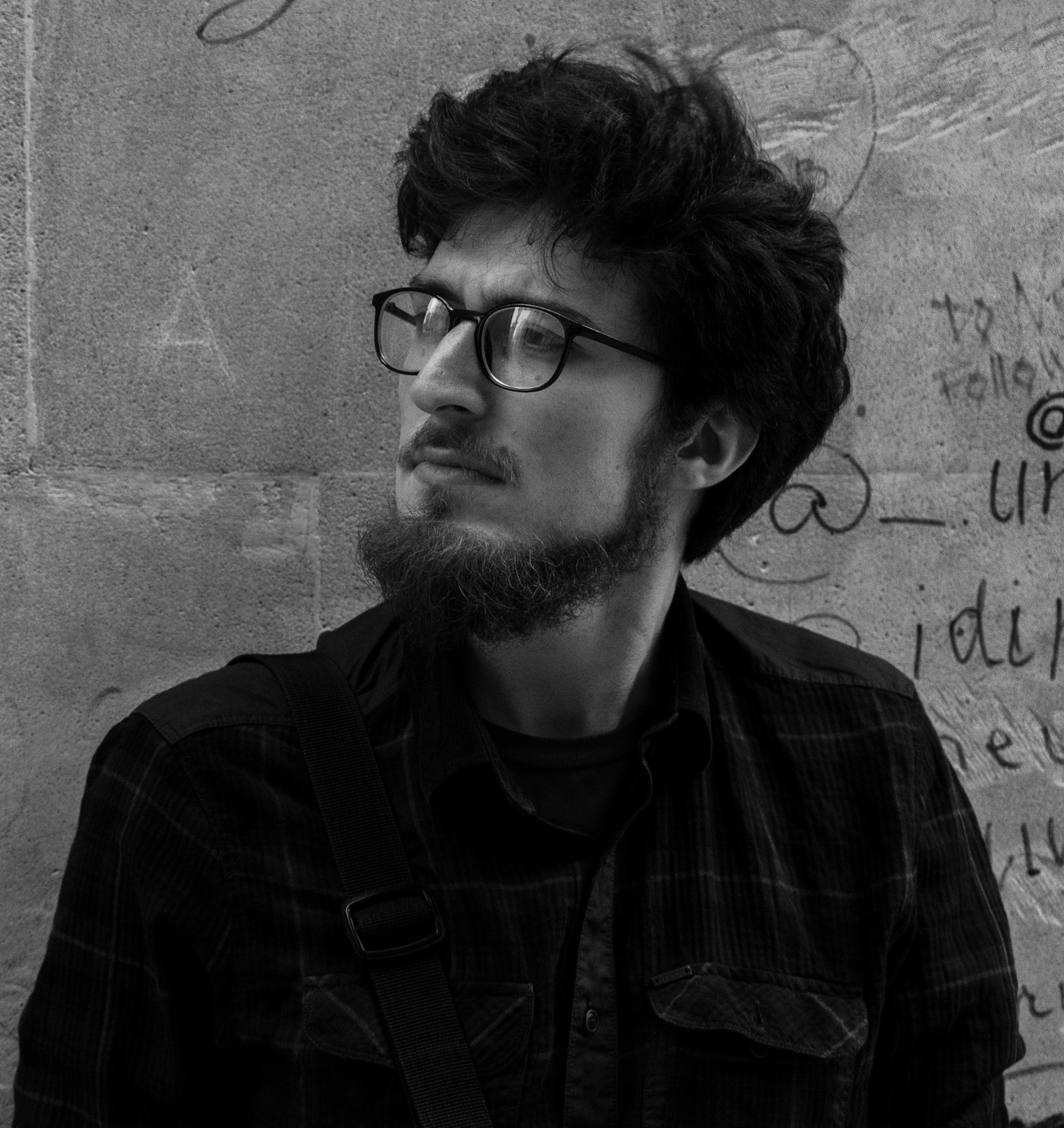 Bashir is an independent journalist and photo reporter from Azerbaijan. His main focus is on the Azerbaijani-Armenian conflict, propaganda, and the politics of the South Caucasus and the CIS region.