Russian peacekeepers in Nagorno-Karabakh have ‘deployed reserves’ in order to ‘block further advancement by the Azerbaijani army’ near the village of Parukh (Farukh).

Azerbaijani forces had appeared to have withdrawn from Parukh by Tuesday, and Russian peacekeeping forces are currently stationed in the village. According to officials in Stepanakert (Khankandi), Azerbaijani forces remain stationed on the Armenian side of the line of contact including on a key strategic height near the village.

Residents of Parukh were evacuated prior to the Azerbaijani advance and remain unable to return home.

Around 2,000 Russian peacekeepers were deployed to the conflict zone as part of the tripartite agreement brokered by Russia to bring an end to the 2020 Second Nagorno-Karabakh War.

The latest deployment by Russia was preceded by a statement on 26 March from the Russian Ministry of Defence accusing Azerbaijan of violating the agreement. They called on the Azerbaijani army to ‘retreat to its previous positions’, and leave the ‘zone of responsibility of the Russian peacekeeping contingent’.

Tigran Grigoryan, a Yerevan-based political analyst, reported that in spite of the withdrawal of the Azerbaijani military from Parukh,  there had been a large military build-up near the Karaglukh height, one of the contested hills in the recent clashes.

‘It’s not about dozens of soldiers but a few hundred’, Grigoryan told OC Media.

Just recently, Azerbaijani troops, according to Grigoryan, were freely passing through Parukh despite the presence of Russian peacekeepers, which makes the return of the village’s residents — who were forced to evacuate on 22 February — impossible.

‘For now, the possibility of [military] escalation in that area is very high’, Grigoryan said. 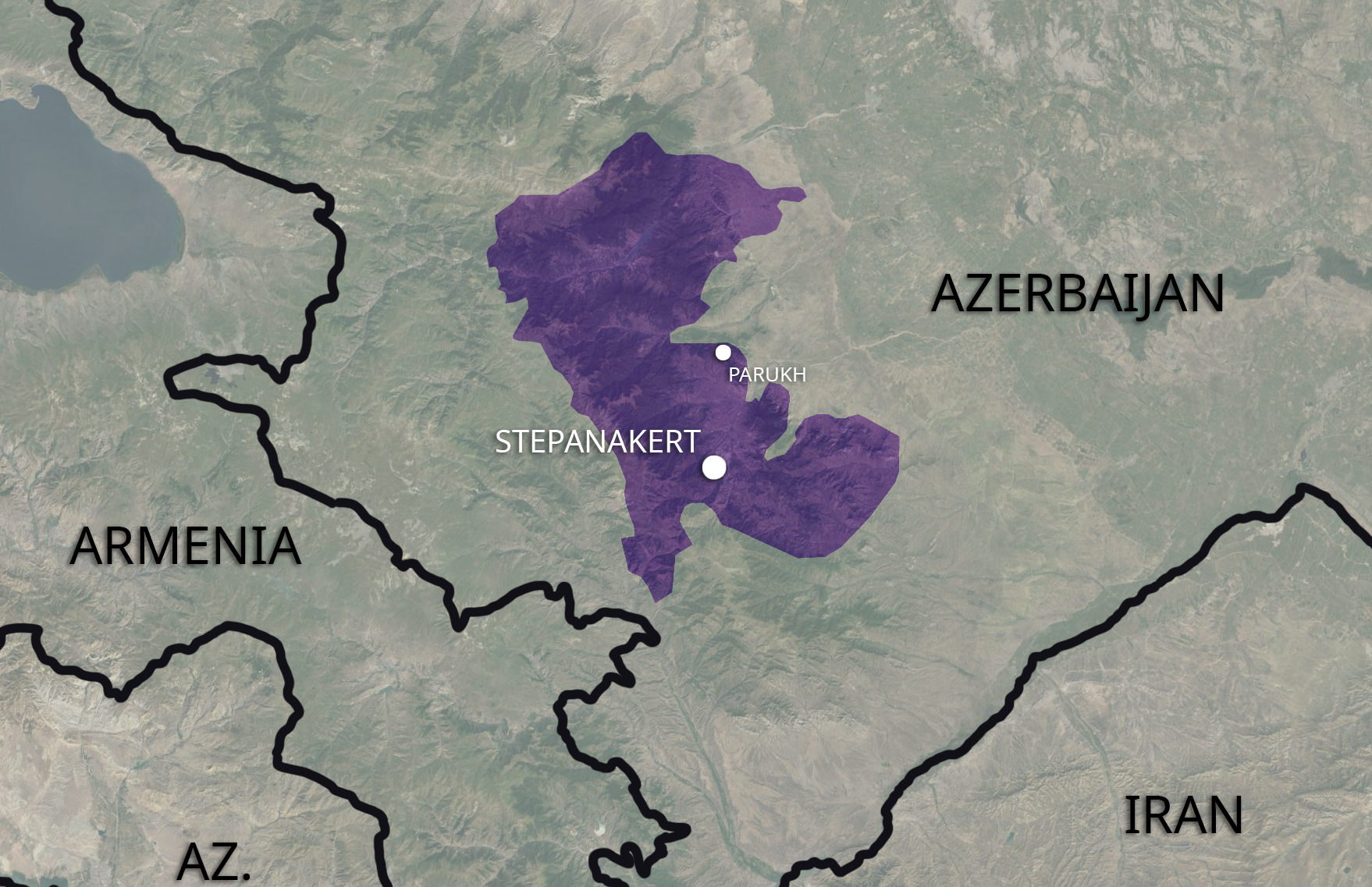 On the evening of 24 March, the Azerbaijani military crossed the line of contact separating Armenian and Azerbaijani forces in Nagorno-Karabakh and entered Parukh and the surrounding areas. Three soldiers from the Nagorno-Karabakh Defence Forces were reported killed, and 14 wounded in clashes with Azerbaijani troops.

According to officials in Stepanakert and Moscow, Azerbaijan utilised Bayraktar combat drones during the engagement, though Baku has denied the claims.

In response to a statement by Russia’s Ministry of Defence, the Azerbaijani Defence Ministry redirected accusations of violating the tripartite declaration toward Armenia.

‘The complete withdrawal of the remnants of the Armenian army and illegal Armenian armed groups from the territory of Azerbaijan has not yet been implemented’, the statement reads. ‘It is Armenia, not Azerbaijan, that violates the provisions of the declaration.’

According to point four of the tripartite declaration, Russian peacekeepers were to be deployed alongside the ‘withdrawal of the Armenian troops’.

Armenia has argued that this referred to their withdrawal from seven districts surrounding Nagorno-Karabakh which were handed over to Azerbaijan. The declaration also does not explicitly mention the Nagorno-Karabakh Defence Forces, which are made up of local residents.

Despite denying that they violated the tripartite declaration, the Azerbaijani Ministry of Defence admitted to the advances made by the Azerbaijani army across the line of contact into Parukh and ‘surrounding heights’ which they wrote, are ‘sovereign territories of our country’. The Ministry also denied that their troops had withdrawn from ‘those positions’.

‘Our army is in full control of the operation’, the statement reads.

The Ministry also accused Russia of violating the ‘essence of bilateral relations’ as well as the Declaration on Allied Interaction, signed by Russian President Vladimir Putin and Azerbaijani President Ilham Aliyev on 22 February.

[Read more: Azerbaijan’s ‘neutrality’ and the Declaration of Allied Interaction with Russia]

By Ani Avetisyan
By Ismi Aghayev