A photoshoot for a new designer brand has caused a homophobic uproar in Armenia after a passerby posted photos from the shoot online.

Several of those sharing the photos with critical comments accused the authorities under Nikol Pashinyan of being to blame for ‘homosexual campaigns’ in the country since coming to power.

Others have warned that opponents of the government are whipping-up homophobic hatred in an attempt to damage their popularity.

One of the first to share the photos was Armenuhi ‘Ariana’ Hovsepyan, the founder of NewsPress.am and the Give Smile Charitable Foundation.

‘Those who speak of Nikol as the person who freed them from 20 years of slavery and glorify him, let them answer now: Was this the freedom they were talking about? Was this what they were dreaming of? Is perversion openly spreading in the streets the freedom they wanted?’, Hovsepyan wrote in her post.

She went on to say that ‘such a thing’ never took place under any previous leader.

The pictures were also shared by several opposition news outlets such as 7or.am and BlogNews.am.

Many who shared the pictures stated that ‘This is a typical description of what we have come to under ‘Nikol’s Armenia’, while others called on the police to address this issue 'before respectable citizens take care of it themselves’.

On 1 July, a new designer brand called SHA issued a statement saying the pictures were of a photoshoot of their new clothing line.

‘The photoshoot was commercial in nature,’ their statement reads. ‘It was not to campaign on sexual, political, religious or other views.’

On Wednesday the company submitted a lawsuit against Ariana Hovsepyan for libel.

SHA released a teaser from the shoot following the outcry.

SHA has also claimed that the models who took part in the shoot had received threats.

‘Our only mission is to develop art and innovative creations in Armenia,’ the statement reads. ‘We urge all  to not tarnish our reputation and spread misinformation because, if not, we will take adequate steps according to the law.’

SHA concluded its statement by saying they planned to take the issue to court.

‘Rising homophobia’ since the Velvet revolution

Mamikon Hovsepyan, the head of local queer rights group Pink Armenia, told OC Media that this was not the first time queer rights had been used in a cynical manner to attack the government of the day.

‘Radical right-wing organisations and political groupings are trying to tie the LGBTQ community with Nikol [Pashinyan],’ he said.

[Read from Anna Zhamakochyan: Opinion | Queer rights are being weaponised by Armenia’s counter-revolutionaries]

‘Even before Pashinyan, opposition grouping always used the community as a tool against the ruling regime, trying to steer people’s attention away from other issues.’

Hovsepyan said that what took place was associative discrimination. ‘It doesn’t matter what [the models’] sexual orientation is, however, their pictures were taken and spread online which led to vicious comments, as well as threats of violence.’

According to Hovsepyan, this was also plain manipulation in trying to bring people who have nothing to do with politics into the political field.

He said that while there had always been homophobia in Armenia, after the 2018 Velvet Revolution that brought Pashinayn to power, it had increased and become more radical and aggressive.

‘The media plays a huge role’, Hovsepyan said. ‘Before, they would call us for an interview and then twist our words and misrepresent what we said. Today, they don’t bother to call and just write outright lies.’

Hovsepyan said that Pink Armenia would also be applying to the courts for the hate speech spread online surrounding the pictures.

‘We have a new law criminalising hate speech,’ he explained. ‘This is the best way to challenge it.’

[Read stories from around the South Caucasus: Forced from home for being queer]

2. Russia warns of ‘military measures’ over US-funded lab in Georgia

5. Aliyev threatens to establish ‘corridor’ in Armenia by force

Datablog | How different are people who trust different TV channels in Georgia? 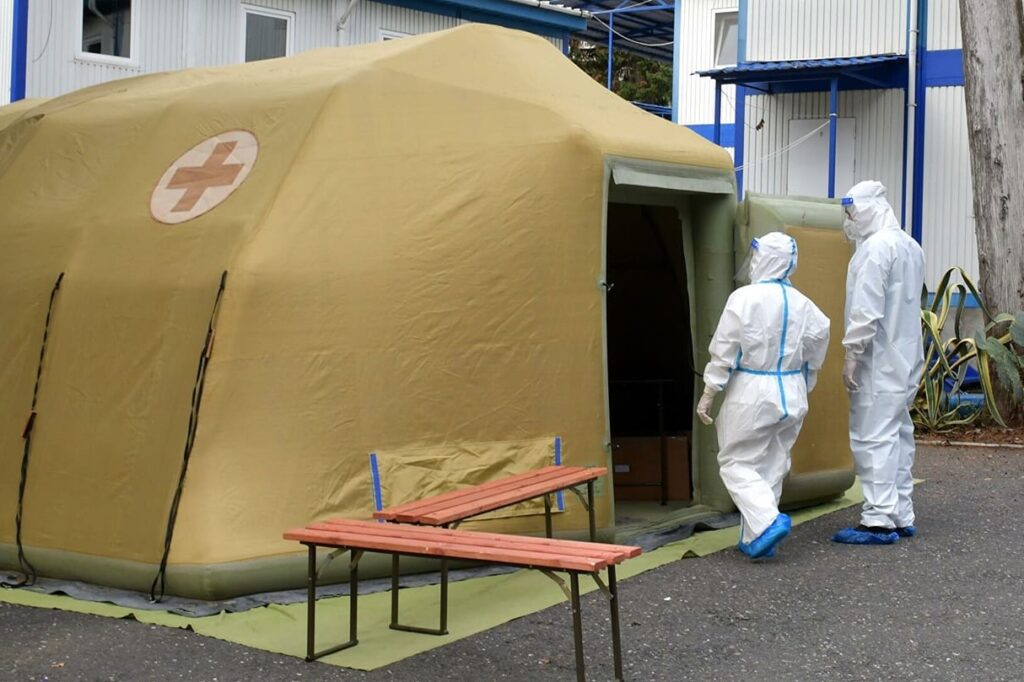