The revolution that led to the downfall of Armenia’s Republican Party heavily relied on the roles women have traditionally taken in social movements. Until now, they haven’t been recognised; but the revolution might be changing that.

Hours after the resignation of former Prime Minister Serzh Sargsyan, three women walk down the centre of Amiryan Street towards Haraparak, the beating heart of Yerevan and the square that hosted the revolution’s nightly rallies. Between them, holding hands with the adults and grinning from ear to ear, two little girls are skipping back and forth and leading their own chant: ‘Azat! Ankakh! Hay-a-stan!’ (Free! Independent! Armenia!)

This sight is no exception. Throughout the month Armenia took to have a revolution, women of all ages have taken to the streets. They’ve laid down on pedestrian crossings, led chants, given speeches at rallies, and helped bring men to the crowds. By taking on the roles of keepers of the peace, they’ve also protected the movement from violence and helped it garner the attention of the international media. But when we talk about the leaders of the movement, we only hear the names of men.

Throughout Armenia’s revolutionary history, women have been plagued with invisibility, and the Velvet Revolution was no different. Yet, women’s devotion to Armenian protest movements has been as long-standing as it has been necessary. In protests supporting the Daredevils of Sasun, activist Arine Sukiasyan became iconic in a photo where she hugs a police officer. The 2012 Save Mashtots Park protest was referred to by many as ‘Women Occupy Mashtots Park’. On top of consistently being involved in the grassroots organising of social movements, they also make up the majority of Armenia’s journalists. This means it is mostly women who have faced the government’s often brutal and forceful attempts to suppress anti-government stances and reporting.

Though there are exceptions, women have by and large contributed to social movements in ways that fell within traditional gender roles. This means that, like the examples given above, women took actions that are non-confrontational and line up with the values of a family caregiver. This was also true during the Velvet Revolution, during which women crucially took on the role of peacekeepers.

Women can be credited, for instance, with the success and popularity of protest-driven blockades. In the early days of the revolution, there was tension between protesters and civilians: drivers, usually men, resented not being allowed to drive through their city normally. At the same time, Armenian gender roles reward men for bravado and demonstrations of physical strength. In order to prevent fights and maintain the peacefulness of the protests, it was women who dealt with those altercations. Women’s diplomacy and tact in dealing with issues like this also contributed to how helpless the government was to quash the protests. Once the drivers were on the side of the protestors and had no grievances, the authorities could no longer justify putting down the movement through the law forbidding public assembly to disturb traffic flow.

Another way women disarmed the authorities was simply by being present, especially alongside their children — and these crowds included an unprecedented number of women. After all, what respectable Armenian man could publicly hit a woman or a child? Within Armenia’s social framework, women and children are not thought of as possible agents of revolution but as defenceless victims to be protected. By simply being in the crowds, women took advantage of this dynamic to protect themselves and their fellow protesters.

If women’s participation in this revolution was so effective, that’s also because it was much more widespread than it had been during previous movements. Throughout the ten years of Sargsyan’s rule, the common conception of public spaces as ‘dangerous’ and ‘inappropriate’ for women has slowly fallen away, and protests have become more frequent and less violent. This has left more space for women to participate both in the roles that are deemed feminine and outside of them.

In explaining the success of the revolution, Caucasus expert Thomas de Waal described Armenia as ‘a classic case of a society so unfree [that] the public was alienated and angry, but free enough to let them protest’. This may be true now, but it very markedly was not under former president Robert Kocharyan, who violently restricted Armenians’ freedom of assembly.

His rule, which lasted ten years, saw only three protest movements, each of which was quashed with police brutality. In 2004, he signed a law heavily restricting mass public events; in March 2008, this law allowed the authorities to use violence against a massive anti-corruption protest, resulting in the death of ten people.

Sargsyan’s rule, on the other hand, saw a different reality. Throughout his ten years in office, there were protests nearly every year, and clashes with police were neither as frequent nor as violent as they had been under Kocharyan. In 2011, Sargsyan repealed Kocharyan’s law on freedom of assembly. This opened up the symbolic Freedom Square for protests, which then became the location for regular rallies that faced few obstacles.

These developments happened within the context of Sargsyan’s general shift towards collaboration with the EU and its democratic standards. Since granting Armenia access to many of its programmes in 2013 and signing a major trade agreement in 2017, the EU has been more involved with Armenia’s democratic processes. It has heavily contributed to local projects and NGOs, aiming to strengthen civic freedoms, democratic institutions, and equality, which have slowly helped combat some of the country’s more toxic ideas around gender.

Within this framework, the Armenian government has become increasingly accountable to the EU and its values at the same time as popular ideas on gender roles have become less heavily enforced. Thus, by the time the movement picked up speed in April after a decade of this slow process, the Armenian women who had been unfree enough to be alienated since the nation’s independence were finally free enough to stage a revolution.

By relying on grassroots tactics and putting a heavy emphasis on non-violence, Pashinyan emphasised traditionally feminine roles in the revolutionary effort and empowered women to take the reins in much of its organisation. A forgotten figure in the attempted revolution in 2008, before his emergence as the ‘People’s Candidate’, he waltzed back onto the national stage with a walk from Gyumri to Yerevan and a fully-formed agenda of non-violence.

As a journalist who had evaded military service, Pashinyan was an unlikely candidate. Nonetheless, people haphazardly rallied behind him, if only because he happened to be on the opposition stage when the anti-Serzh movement erupted. He harnessed this, taking the opportunity to lead from behind. The directions were simple: shut down Yerevan and do not, under any circumstance, engage in violence.

When the movement finally forced Sargsyan to step down, people looked into him more closely, and when they realised he had been a lifelong activist who spent two years as a political prisoner after the events of March 2008, they took him seriously. Though the people were now willing to follow him, he kept the movement decentralised. He knew the movement had succeeded because it was composed of a thousand small-scale movements that peppered the city’s streets and intersections. This way, it eschewed the laws on public assembly and presented the authorities with a game of revolutionary whack-a-mole.

Suddenly, non-confrontationalism was unanimously viewed as necessary for the movement; soon, men were taking the example of the way women were de-escalating altercations and using those interactions to gain support. The heavy presence of women and children in the crowd shaped people’s conception of the movement both within the country and internationally.

The road ahead: How long until we hear women’s names?

Almost overnight, the nation took immense pride not only in grasping its own freedom but in having done so in peace — a peace which was facilitated by women. Pashinyan has called women the ‘driving force’ of the movement. He also recently became Armenia’s first leader to declare the importance of women’s involvement in Armenian political life.

But it’s too early to celebrate: for all his best intentions, only two of his twenty ministers are women. At the same time, though women may be freer now than they were under Kocharyan, there remain strong cultural barriers: some sources report an ‘ambition gap’, which means women are on average less confident in their own leadership ability.

Armenia may have begun to understand that a woman’s place is in the revolution — but that has not translated into putting them in positions of power. Still, there is hope: In referring to the involvement of young people, activist Grigor Yeritsyan called the revolution ‘a school for democratic engagement’. Now that women have stepped onto the national scene and are (slowly) being recognised, this dynamic may apply to them as well.

[Read from 2016, from our partners at oDR: An Armenian woman’s place is at the protest] 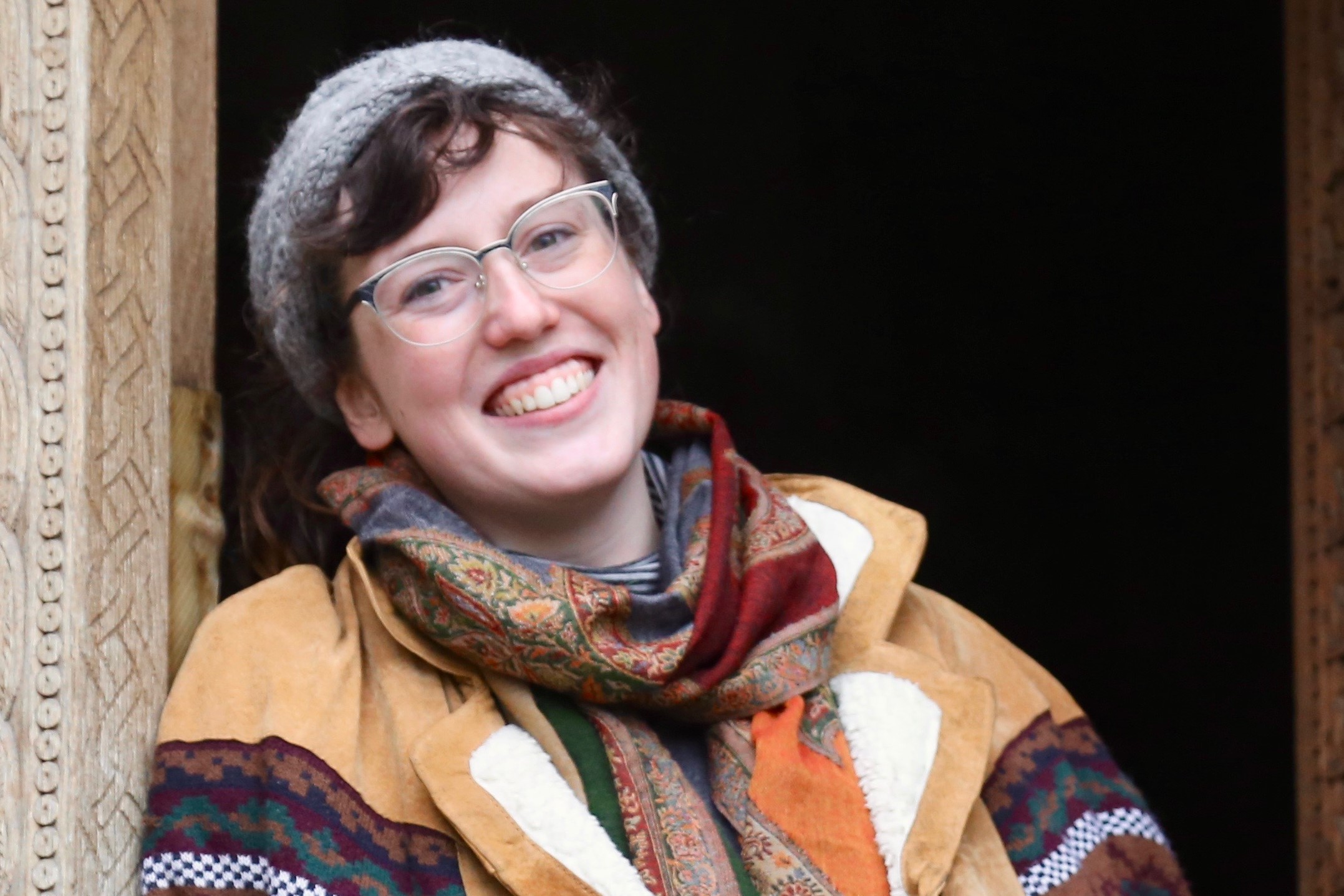 Anna Bianca Roach is a graduate of conflict studies and a women’s rights-focused journalist based in Yerevan, Armenia.