HIV testing before marriage could become mandatory in the Russian Republic of Daghestan, if new proposals by the head of the republic’s Consumer Protection and Welfare Service are adopted.

She argued the testing was needed to combat an annual increase in the number of HIV cases in Daghestan.

The practice of testing for HIV before marriage already exists in Chechnya and Ingushetia.

According to Russian daily Izvestia,  a similar law was submitted to Russia’s lower house, the State Duma in 2015, but was rejected by MPs.

Ziyavudin Uvaisov, the head of Daghestani patient advocacy group Patient Monitor, told OC Media that the proposal, as well as the current practices in Chechnya and Ingushetia, contradicted the Russian federal law on voluntary testing for HIV and violate patients’ right to medical secrecy.

Uvaisov said that such repressive measures were likely only to exacerbate the situation of HIV patients in Daghestan.

Dzhapar Gadzhiyev, the chair of Svoi, an organisation supporting people living with HIV/AIDS in Daghestan, told OC Media that mandatory testing would not solve the problems of those diagnosed with HIV, and would only encourage corruption.

Gadzhiyev, who has spoken publicly about his own diagnosis with HIV, said he was confident that those who wanted to hide their disease would be able to buy a certificate, as the sale of medical certificates was common in Daghestani medical institutions.

Gadzhiyev added that there was a shortage of doctors in Daghestan’s AIDS Centre, where almost two thousand patients are served by just four doctors.

Gadzhiyev’s wife, Sabiyat Gadzhiyeva, who co-chairs Svoi, told OC Media that in her opinion, the Daghestani authorities should focus more on how medical care is provided for those living with HIV.

According to her, there are many more people with HIV in the republic than the official statistics indicate since not everyone is registered.

She said Daghestan’s Ministry of Health and the local AIDS Centre regularly reported success at combating the spread of HIV, and did not take seriously annual increases in the number of people infected with HIV reported by Daghestan’s Consumer Protection and Welfare Service.

Sabiyat Gadzhiyeva said that there were periodical failures in obtaining HIV medication in Daghestan, as well as in other regions of Russia, resulting in different drugs being prescribed.

‘But this change affects their general state of health, and the new treatment regimen is not always suitable for every patient’, she said.

Compulsory HIV testing before marriage was introduced in Chechnya in 2011 with the support of the local Consumer Protection and Welfare Service and the local Muftiate — the traditional representative body of Muslims in the North Caucasus.

According to the rules, people are obliged to notify their partner if they test positive for HIV and a written notice of their partner’s consent is needed before a marriage can go ahead.

According to Caucasian Knot, the Chechen Ministry of Health has issued certificates showing HIV status, as well as the results of tests for hepatitis, syphilis and other sexually transmitted infections, since November 2018.

It’s possible to obtain the certificates only in the Chechen capital, Grozny, they report.

In 2015, Chechnya’s Ministry of Health announced a decrease in the incidence of HIV, claiming it was the result of the mandatory testing.

In 2018, a similar initiative was adopted in neighbouring Ingushetia, where it is now impossible to get approval for marriage from the local Muftiate without first undergoing HIV testing.

A spokesperson for Daghestan’s Consumer Protection and Welfare Service told OC Media that around 200 people were now diagnosed with HIV in Daghestan annually.

Since 1989, when registration of HIV infections began, over 2,700 people were diagnosed, 15% of them in prisons, with just over 900 people reported to have died.

The spokesperson said that the majority of those infected were young people, from 20–30 years old, while the number of infected women, including pregnant women, was growing.

The main reason for the rise, they said, was families in which a man used intravenous drugs.

According to them, since 1989, 284 children had been born with HIV in Daghestan, and 120 children under one and a half years old were under observation.

The highest rate in Europe

According to Russia’s Federal Center for the Prevention and Control of AIDS, as of June 2018, there were 1.3 million people diagnosed with HIV in Russia — 0.7% of the population.

According to them, from 2005 to 2017, the number of new HIV infections in Russia increased annually. 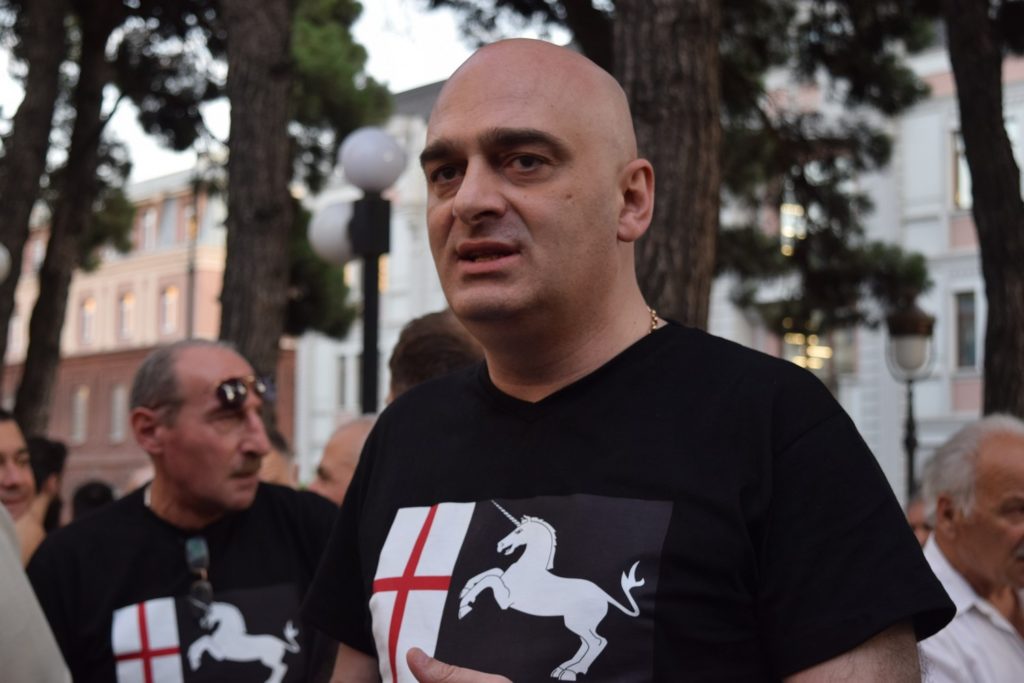