Arnold Alahverdian,  the co-founder of Bright Garden Voices, an Armenian-Azerbaijani dialogue platform, comments on the challenges facing the project in light of recent violence between Armenia and Azerbaijan and explains why he maintains hope in what cross-border communication can accomplish.

On 16 November, not for the first time, individuals and platforms associated with Armenian-Azerbaijani dialogue came under attack on social media —  mostly by Armenians. The initiatives targeted included Bright Garden Voices, which I co-founded in 2021.

This spike in online outrage followed reports of an Azerbaijani incursion into Armenia’s Syunik province amid other mid-November violent incidents along the Armenia-Azerbaijan border. It was the bloodiest escalation in hostilities since the Second Nagorno-Karabakh War and left over a dozen dead. A group of Armenian soldiers were also reportedly captured in the process while videos of Armenian prisoners of war being mistreated—possibly captives from this incident—began circulating online.

Much of the angry remarks were, understandably, emotional outbursts, some of them from people who on other days are not against communication between ordinary people. But why would criticising those who had nothing to do with these developments be the first thought on someone’s mind?

This is partly due to calculated statements from certain individuals who vehemently oppose any interaction with people whom they categorise as the ‘enemy’ in their entirety and have a particular enmity toward the progressive elements in their community.

These incidents presented a golden opportunity for such individuals to manipulate people’s emotions in favour of their agendas. They carefully crafted statements designed to discredit and vilify dialogue initiatives and people who have publicly interacted with the ‘enemy,’ making them easy targets for people’s anger and frustration.

Social media has the unfortunate tendency to amplify inflammatory voices, often making marginal views seem more widespread, and so expose individuals to the risk of reassessing their own values vis-à-vis a misrepresented image of their national community.

This is one reason why it is often difficult to promote Armenian-Azerbaijani dialogue online, but certainly not the only one.

In January 2021, with Diego Ardouin and Aydan Gasimova — now replaced by Rauf Mammadov as co-organizer — I co-founded Bright Garden Voices (Bright Garden), a platform for Armenian-Azerbaijani dialogue. It became one of the several initiatives that either emerged or remained active after last year’s war.

Frustrated that constructive voices were drowned out by a sea of trolls on Caucasus Twitter, we decided to facilitate online meetings where one can interact with the faces and voices of real people in real-time.

Our goals have been to humanise each side to the other and to foster mutual understanding and empathy between Azerbaijanis and Armenians, both in the Caucasus and across the world.

We knew perfectly well the enormity of the task before us, and that the symbolic significance and the transgenerational nature of the conflict make any discussion related to the topic difficult.

For much of Azerbaijani society, the loss of control over Nagorno-Karabakh and surrounding areas in the early 1990s, and the experiences of the hundreds of thousands of people who had to flee from these regions as well as Armenia during the First Nagorno-Karabakh War became the defining element of national suffering and a collective struggle where Armenians have been defined as the national ‘other.’

As a result, even after the favourable outcome of the recent war for Azerbaijan, many Azerbaijanis are still uneasy about the idea of dialogue with an ‘enemy’ that is so central to their family’s experiences, their national identity, or both.

Besides the struggle for Nagorno-Karabakh, for many Armenians the First Nagorno-Karabakh War represented a rare narrative of national victory after centuries of invasions, oppressive imperial rule, and a genocide that destroyed much of the Armenian nation. In contrast to the Azerbaijani memory of the first war, narratives of heroism and perseverance overshadowed the suffering of Armenian refugees and civilians.

This changed with the recent war, in the aftermath of which Armenians found themselves defeated and vulnerable, with many having to abandon their homes in parts of Nagorno-Karabakh. Witnessing Turkey directly aid Azerbaijan in the war and join in the humiliation of Armenians further exacerbated unhealed traumas from the past.

This contributed to the further association of Azerbaijanis with the image of the ‘Turk’ as the malicious archenemy in one strain of the Armenian national imagination. This is especially true for the diaspora which associates itself more closely with the Armenian genocide and dominates Armenian discourse online.

As soon as we announced the initiative, we were hit by a hurricane of anger. It was only two months after the war and the wounds and losses were still very fresh. Some Azerbaijanis, and many more Armenians were outraged.

Being the Armenian co-founder of Bright Garden, I became the main—though not the only—target of criticism, harassment, and personal attacks. I was called many names and accused of many things. I also received various hostile messages which largely seemed to come from deeply frustrated people.

For many Armenians, the idea of dialogue with Azerbaijanis was—and remains—unacceptable, especially since many POWs still have not returned home.

It is important to note, however, that much of the original incitement appeared to come from the very same people who recently targeted dialogue-oriented individuals upon news of the recent hostilities.

Ironically, this rather benefited us. By circulating our announcements, even with hostile words, they helped more people hear about the project. The repetition of this scenario, however unpleasant it feels, continues to work to our advantage, helping more people connect with us.

A rollercoaster of emotions

After our first two Zoom meetings, attitudes toward Bright Garden changed considerably. This was either because people liked aspects of our meetings or perhaps because more people curious about the initiative felt it was safe to interact with us. Indeed, even some of our early critics backtracked on their initial remarks.

But it has not been an easy year. Attitudes toward Bright Garden remain susceptible to souring based on developments beyond our control.

The opening of the Military Trophy Park in Baku, for instance, which used to include caricatured mannequins representing humiliated Armenian soldiers, made us inactive for the remainder of April. Moreover, successive escalations in hostilities have postponed or cancelled some of our activities.

The recent backlash we received following the 16 November clashes was only the latest such example.

Despite all this, Bright Garden continues to grow as a community of volunteers and followers. Our activities include Zoom meetings, Instagram live chats, in-person interviews, and social media interactions. We are also exploring new ways to engage different generations with activities such as cross-border online gaming.

Our followers in the Caucasus and around the world will point out that the benefits of dialogue go beyond humansation, mutual understanding, and empathy.

Discussing the collective traumas and wrongs of the past and the present can bring people together in engaging with the darkest elements of the conflict and mobilising them against the crossing of red lines — which includes, but is not limited to, gross violations of human rights —  today and in the future. This is especially important during, not despite, times of violent conflict.

My involvement with Bright Garden helped me see the conflict in a more holistic light. It also helped me find allies from various backgrounds who share my values and principles.

I certainly have no right to assume a moral high ground in promoting communication across the Armenian-Azerbaijani divide, especially to people with a tragic history with the conflict. However, I must say, it is likewise unjustified to impede those who do wish to engage in dialogue from doing so. 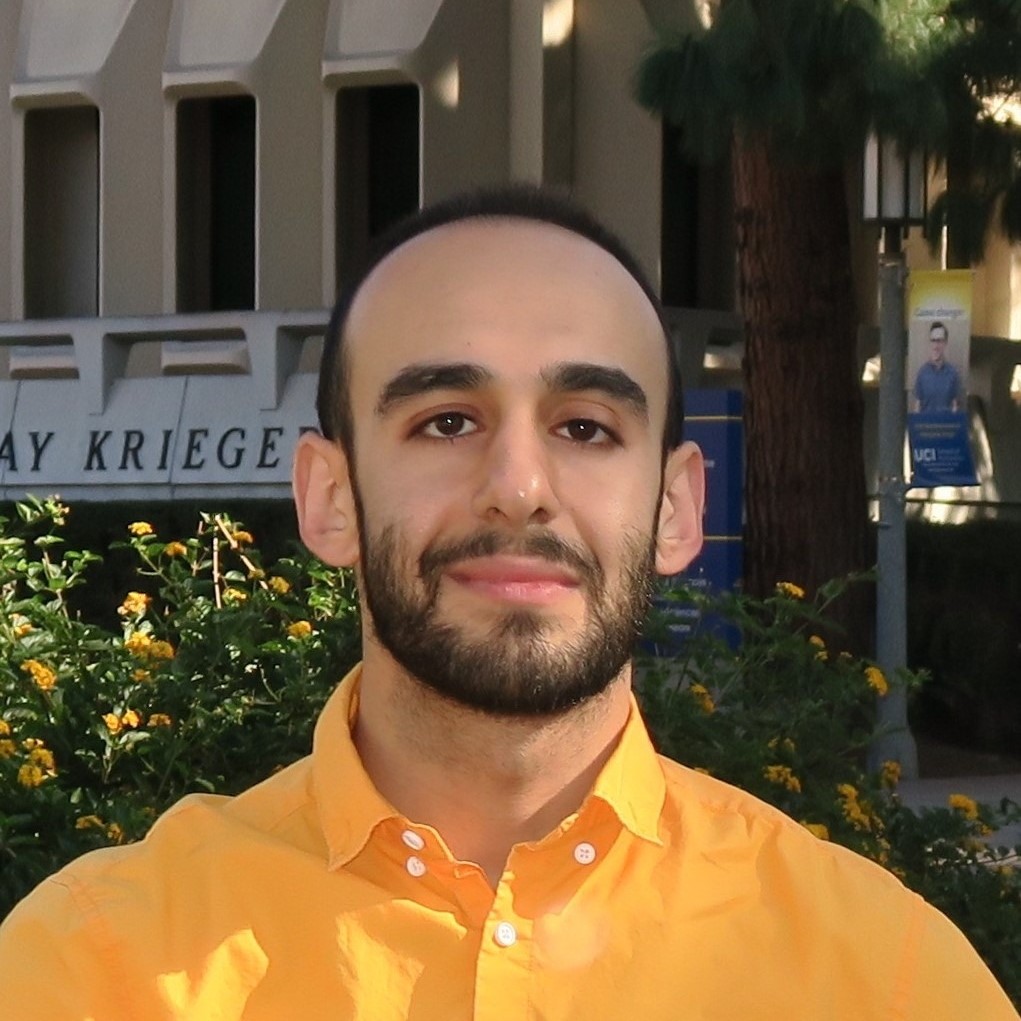 Arnold Alahverdian is the co-founder of Bright Garden Voices, a platform for dialogue between Armenians and Azerbaijanis. He is a PhD Candidate in History at the University of California, Irvine.