Temirlan Machalikashvili was killed by Georgian security forces in his own bed. The investigation into his death, marked by irregularities and conflicts of interest, has stalled. The government still refuses to act.

19-year-old Temirlan Machalikashvili fell into a coma and died after he was shot in the head during a special operation by the Georgian State Security Service (SSG) in Duisi, a village in the Pankisi Valley, on the night of 26 December 2017.

Family members remember that special unit officers coming into his room and the gunshot happened simultaneously.

Temirlan’s sister, Nata, who had been forced by officers to lie down on a balcony adjacent to Termilan’s room, witnessed the muzzle flash of the gunshot. She said that she didn’t hear any warning or argument before the shot went off and that it was dark in Temirlan’s room at the time.

A few minutes before the officers burst into his room, Temirlan had sent a friend a video clip from a romance movie.

This final activity online, as well as the torn headphones found in his bed only strengthen the assumption that when officers broke in, Temiralan was likely wearing headphones and couldn’t even hear what was happening.

Temirlan’s father remembers his son’s last day vividly. When he speaks about his son, he always describes seeing him coming from the forest, carrying wood which he had collected for a hayrack. In the evening, his father says, Temirlan prayed at the mosque and listened to Quran lessons before going back home for supper.

He hopes that his son didn’t feel any pain before dying.

The Machalikashvili family refers to the special operation in their home as a ‘terrorist attack’. Special unit officers forced them on the floor with guns and locked them in a room for several hours, like hostages.

Before they reached the hospital, they didn’t even know Temirlan’s health condition.

The major questions that the family has today concern the goals of the special operation: Why did the State Security Service need such a large-scale operation to arrest Temirlan? Why couldn’t they do it under different circumstances? And why did the government need to demonstrate such force in arresting their son?

Maybe its because he is a Muslim from Pankisi, the type of person the state only ever sees as a threat?

Or maybe by killing Temirlan, they wanted to show their effectiveness. This is something they no doubt desired after their embarrassment in allowing the late Akhmed Chatyev, a man designated as a terrorist by the UN Security Council, to enter Georgia with weapons and move through the country freely.

It has been almost two years and the investigation into Temirlan Machalikashvili’s killing has not yielded a single result, nor have Temirlan’s family even been given the status of victims. It is clear, the government lacks the political will to recognise that this killing by the State Security Service was a crime.

It is clear, now more than ever, that the investigation was never meant to get to the bottom of the reason for Temirlan’s death.

Temirlan’s family and the Public Defender still don’t have access to the most important documents in the case, including the testimonies of SSG employees who made the decision to conduct, and oversaw, the special operation; as well as a copy of the decision which justified the reason for the operation

In the early stages of the investigation, in contravention of established protocol, the State Security Service instead of the Prosecutor’s Office collected evidence, thereby violating a fundamental principle of institutional independence and creating an immediate conflict of interest.

As a result, the authenticity of the evidence that has been released by the SSG has become suspect and with it, the official version of events as told by the SSG.

The single most important piece of evidence, which fell into the hands of the SSG and later disappeared, is a grenade. The SSG alleges that when their officers burst into the room, Temirlan had a grenade in his hand and intended to use it against the officers.

After shooting Temirlan, the SSG allege that they took the grenade. They did this without authorisation and before an official search by the Prosecutor’s Office was carried out.

This can do nothing but raise suspicions that Temirlan had no grenade, and that it was planted by SSG officers.

However, it is impossible to examine this now. In January 2018, in the very early stages of the investigation, the grenade was unilaterally destroyed by the State Security Service. An action carried out with no consultation with the Prosecutor’s office. They blew it up and so scuppered any chance of an independent examination of the object.

The rifle which was used to shoot Temirlan was also refurbished by SSG employees — with key rifle parts replaced.

The immediate scene of Temirlan’s shooting was not documented either by independent witnesses or with photo/video materials. The State Security Service had absolute control over the situation and kept Temirlan in his room (and away from medical aid) for two hours after they shot him.

State Security Service employees did not — again counter to protocol — mark the locations of bullet casings, catalogue the exact nature and degree of Temirlan’s injuries, or even note the location of his body. This all made it impossible to determine the exact distance and trajectory of the gunshot which killed Temirlan.

Case documents and evidence was handed to the Prosecutor’s Office only in mid-February, allowing ample time for the destruction and falsification of evidence by the SSG.

The Machalikashvili family’s tragedy didn’t end with the special operation and the shooting of their son.

The day after the special operation, the SSG declared Temirlan Machalikashvili to be a supporter of terrorism and published a video depicting Temirlan and another young man entering a mobile phone store near Station Square Metro Station in Tbilisi, along with three ethnic Chechens who were identified as affiliates of Akhmed Chatayev.

The fact that there was no evidence presented which would prove that Temirlan actually knew they were associates of Chatayev was not mentioned, nor was it mentioned that they had presented themselves to many other residents of Pankisi under false names, that their association with Chatayev was not publicly known, and that they had daily interactions with all manner of people in the Pankisi Valley.

Despite this, a number of Georgian media outlets still ran with the story, painting him as a guilty party. The media also presented Temirlan’s online posts in which he opposed the Assad regime in Syria, and photos he posted of people who had been killed by Georgian security forces in the 2012 Lopota (Lapankuri) incident.

In effect, Temirlan was tarred with the label of ‘terrorist’ without being charged, without being given an opportunity to realise his basic right of presenting a defence.

From the beginning, Temirlan was marked as a ‘dangerous’ Muslim, whose life and dignity was less valuable than that of other Georgian citizens.

‘Terrorism’ is the key word that made the case sacred, that put a taboo on it and elevated it above politics to a space where governmental democratic control and critique doesn’t reach — that allows repression and murder to be carried out by the state with zero repercussions.

However, death can’t forge reality. Taking the life of a 19-year-old in his own bed at night, revealed the depths of brutality that are a part of the government’s repressive politics. It revealed the insecurity of the Kist community, caused by the years of policy focused on domination, discipline, and control, with no care for justice.

Unfortunately, this is the only modus operandi that the Georgian government has in Pankisi. It knows no other language than the language of repression. An approach that is justified by depicting the Pankisi Valley as a haven of terrorism and elevating it to the level of a global threat.

Temirlan Machalikashvili’s case may have changed public perceptions to the extent that it revealed the brutality of the Georgian state towards the residents of Pankisi, but for Georgia’s political elite, nothing has changed. For over a year, Temirlan’s father has been camped outside of parliament, demanding justice for his son — but to no avail.

Even though the investigation is at a stand-still, the ruling Georgian Dream party has refused to create a temporary investigative committee in parliament. Government representatives justify their silence and inaction by relying on the ‘terrorism’ taboo, and sometimes openly violating the right to the presumption of innocence.

They have failed to hear the numerous appeals by young people from Pankisi for justice in Temirlan’s case, through which they have also requested the recognition of their own lives and their own equality as citizens of Georgia.

The government doesn’t see the political significance of the lawful battle being waged by Temirlan’s father, or the interest and readiness of the residents of the Pankisi Valley to join the political field of Georgian democracy.

The government is not interested in letting Pankisi into formal legal and political fields, because rhetorically, labeling Pankisi as place of ‘emergency’ and a ‘dark’ zone gives the government the opportunity to exercise the most reckless scenarios for ‘solving’ a crisis, which often enough, has been of their own making in the first place.

Temirlan is a symptomatic victim, his case encapsulates the insecurity of the people of the Pankisi Valley in the most brutal fashion.

Here we should remember the words that Temirlan’s father repeats in all of his public speeches: ‘I fight for Temirlan to be the last victim! Let him be the last!’ 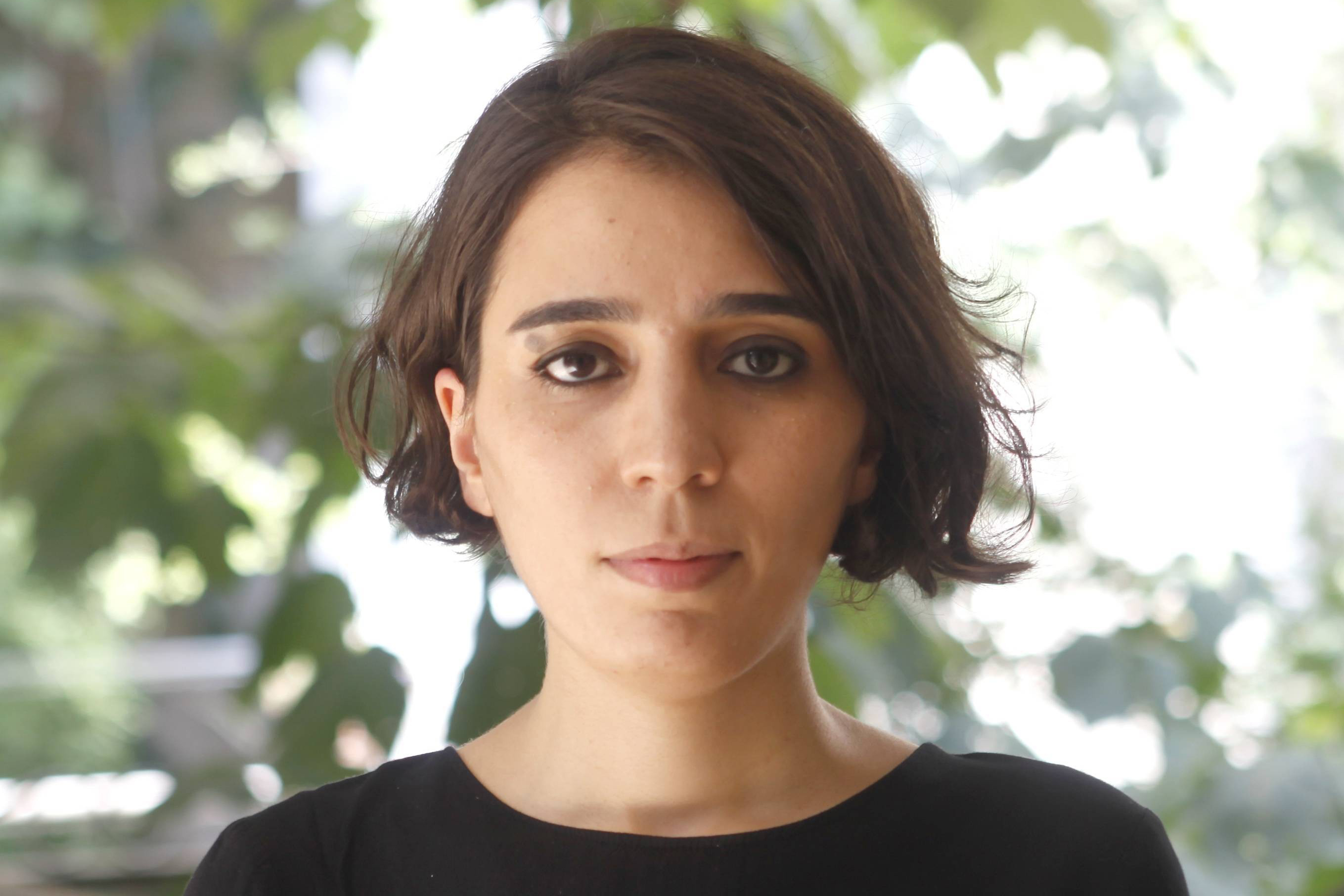 Tamta is a lawyer and human rights activist from Georgia. She is one of the founders of the Human Rights Education and Monitoring Centre and is an associate professor at Ilia State University.