Georgian politics often appears to be in a near-constant crisis — marked by protests, boycotts, and acrimony. But who do Georgians think should solve their political problems?

Since the 2020 parliamentary elections, Georgia has experienced political deadlock. The EU and US both supported attempts to mediate between the government and opposition, ultimately leading to the Charles Michel Agreement. This agreement, though, was eventually abandoned.

Just this week, the opposition United National Movement (UNM) announced they would stop boycotting parliament, though it is unclear whether this will be a lasting agreement.

But who can help move things forward? New data from the December 2021 CRRC and NDI survey suggests that the public wants parties to work together and a plurality wants them to resolve their problems themselves.

According to the CRRC and NDI December 2021 survey, 4 out of 5 people in Georgia agree that their favoured political party (if they had one) should cooperate with all other political parties in the parliament, even if the actions/views of some parties might be unacceptable to them.

Respondents were asked who they thought could best mediate and facilitate through the difficulties that parties are having.

A third said that parties themselves would make the best mediator and facilitator in this process. Almost one in five said that Western partners would fulfil the role best.

Fewer people said that the president of Georgia, speaker of parliament, or others would be the best facilitators. Notably, roughly one in five do not know who could fulfil this role. 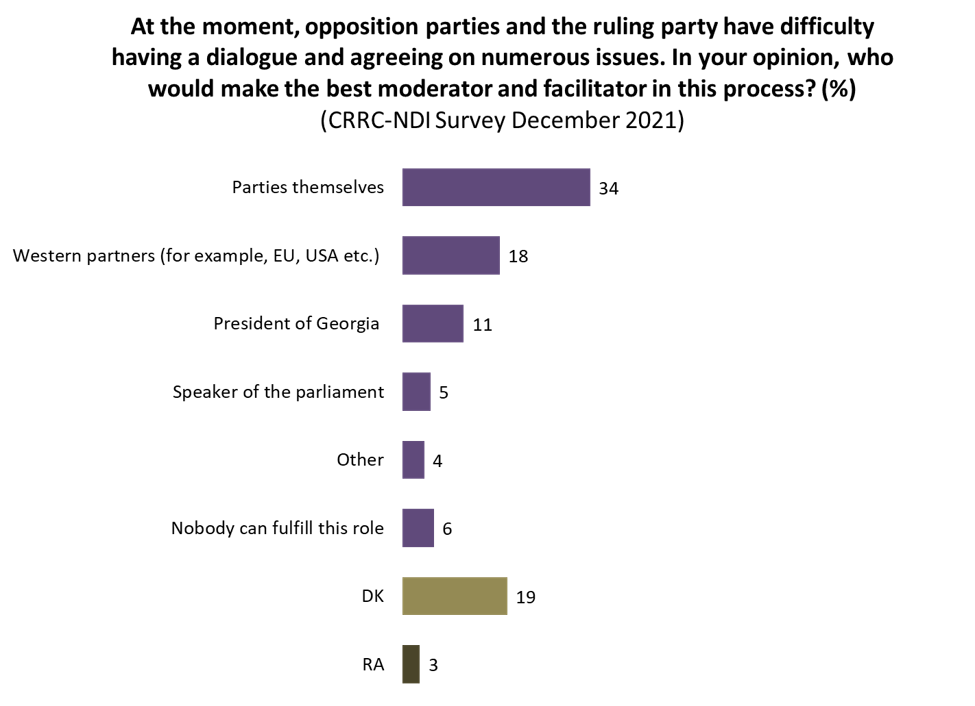 At the same time, more than half of the population does not identify with any political party and every second person in Georgia disagrees that the opposition parties or the ruling party serve the interests of the country and the Georgian people.

A regression analysis shows that attitudes towards who would be the best mediator vary among different groups.

The regression analysis shows that young people are slightly more likely to name Western partners as their preferred mediators compared to older people.

People who live in the capital were around 1.4 times more likely to name Western partners compared to other urban and rural areas. 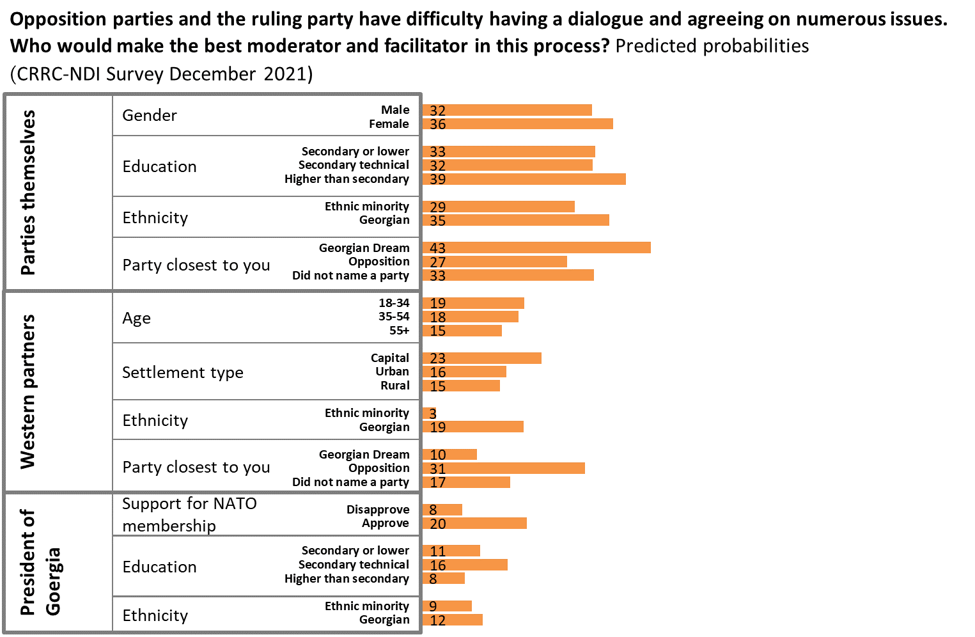 Georgians want their political parties to cooperate and generally are more likely to think that the ruling and opposition parties do not serve the interests of the country and the people.

Though the public’s opinion differs when it comes to who could best facilitate dialogue between parties, a plurality think the parties themselves should do it.