Conflicts over self-determination have been thoroughly studied. There is no shortage of works on the scope and contents of self-determination. Likewise, the thorny issue of what a ‘people’ constitutes has been widely problematised as well. Scholars have also investigated the delicate question of cases in which secession is permissible, with some advocating for ‘remedial secession’ in exceptional circumstances. However, how should the de facto states themselves — the most notorious outcomes of these secessionist conflicts in the South Caucasus — be addressed?

With some notable exceptions, the manner in which de facto states ought to be dealt with has been unaccounted for. The lack of vision for conflict resolution in this region is reflected by the lack of scholarship on this matter. Abkhazia, Nagorno-Karabakh, and South Ossetia have, with enormous external support, successfully defied reintegration into their parent states. They are not a temporary anomaly: they have defied predictions that they would be incorporated into their parent states or that they quietly acquiesce to the parent states’ rule. And they are here to stay.

Regrettably, policy-makers have joined with large parts of the academic community in a reluctance to admit this fact. The dreadful dichotomy of either diplomatic recognition or no engagement at all, which sometimes equals isolation, has done little to ameliorate the conflicts.

Indeed, recognition has not solved anything for anybody. The 2008 decision by the Russian government to diplomatically recognise Abkhazia and South Ossetia has removed the last incentive of both breakaway states to engage in substantive discussions on a future power-sharing deal. Yet this did not come without a sacrifice of sovereignty: Russia has signed treaties of alliance and strategic partnership with both, thereby gradually integrating local militias under Russian command. This seems to be only one of many indicators that Abkhazia and South Ossetia are being driven into the arms of Russia, not least because of the lack of alternative development scenarios.

Likewise, it is hardly imaginable how partial recognition of Nagorno-Karabakh would cut that particular Gordian knot. The authorities in Stepanakert openly admit such a scenario would not yield any added-value to their cause. Hence, it is unclear what these entities would gain from recognition, unless they are recognised by their parent states. And this is a rather unlikely scenario, as seemingly confirmed by the never-ending issues over Kosovo.

We must abandon the misperception that this constellation — entities that won the first round of the war but are unable to make effective use of their independence due to isolation from their parent states — is static over the long run. The military escalation on the ‘line of contact’ in Nagorno-Karabakh in April 2016 proved how unsustainable these kinds of imagined constellations are.

Paradoxically, the conflicts over the disputed territories, especially in Georgia, have not been blocking domestic development. To the contrary: the territorial dismemberment of the country has, over the long run, facilitated the consolidation of this country’s stability. It has, thus, increased its institutional capacity, and even freed up space for straightforward integration with the EU through the Association Agreement (AA). Georgia’s AA merely stipulates in one of its protocols that it does not apply to Abkhazia and South Ossetia. Only a decision by the Association Council could, in theory, include these territories into the agreement. In addition, Georgian legislation has made sure that Abkhazia and South Ossetia remain under effective political and economic isolation.

Therefore, one could critically ask: Why would the Georgian government want to amend the status-quo in relation to Abkhazia and South Ossetia? Why would Tbilisi want to change its rhetoric and abandon the official position, according to which the governments of the de facto states are Kremlin-sponsored puppets, entirely lacking any independence whatsoever? In this constellation, it seems highly unlikely that governments of parent states would agree to anything beyond the guarantee of human rights plus a modest form of territorial-cultural autonomy. So after more than two decades since the wars in this region, it remains questionable to what extent the governments of the parent states are really serious about unification and what they are willing to sacrifice to this end.

In the meantime, hundreds of thousands of people live in the de facto states of the South Caucasus. These people want to work and travel, they want to study and they are interested in exchange with people in recognised states. The indeterminacy of the status of the territories they live in has been devastating. The lack of international engagement has made it impossible to obtain loans, which they so bitterly need in order to repair their war-torn infrastructure. Even if democratic elections are relatively competitive, members of ethnic minorities face discrimination, and this overall situation favors the increased role of patron states, like Russia.

As partial recognition as well as isolation has not yielded any significant progress, we should start challenging false dichotomies. It seems that a smart EU-led engagement policy vis-à-vis these entities, which should both not be about recognition but not come without conditions either, could inject some new momentum into conflict transformation in the region.

One could start thinking how to ease the mobility of Abkhazian students and how to involve them into EU sponsored academic mobility projects such as Erasmus, which would also entail a recognition of diplomas. Likewise, could they travel on their own passports as the citizens of Northern Cyprus regularly do to various EU states? Alternatively, in the greater scheme of things: We may want to explore the possibilities of ‘privatising diplomatic relations’ as the US did with the American Institute in Taiwan, nominally working as NGO but effectively functioning as official representation of Washington in Taipei. We may want to ask to which extent this could serve as a role model for a possible EU representation in Sukhum/i.

Even if all three South Caucasus states as well as the de facto states have very different expectations and interests, which all have to be addressed differently, the European perspective is still an option of political diversification, given the lack of other attractive development scenarios. Hence, it will be up to scholars and policy-makers to equip the EU with innovative ideas to seek engagement in order to keep the vision of conflict resolution in the South Caucasus alive, even as a very distant possibility. 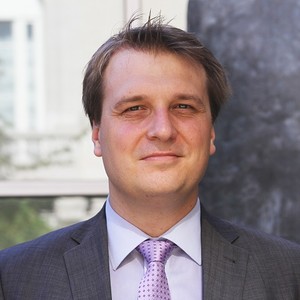 Benedikt is an Austrian Marshall Plan Foundation Fellow at the Centre for Transatlantic Relations at Johns Hopkins University in Washington, DC and Assistant Professor at the Russian East European Eurasian Studies Centre (REEES) at the University of Graz, Austria.