Fighting is continuing for a 16th day over Nagorno-Karabakh, despite a ceasefire being agreed in Moscow.

Armenian Ministry of Defence has released a new list of 51 soldiers killed at the frontline. Since the beginning of the fighting on 27 September, Armenia has reported deaths of 480 soldiers.

Azerbaijan has not released casualty figures.

Armenian Foreign Minister Zohrab Mnatsakanyan told Russia’s Ria Novosti that Armenia may request military assistance from Russia or the Collective Security Treaty Organisation (CSTO), ‘if necessary and based on the contractual obligations of the parties’.

‘We talked about many things. We have allied relations, treaty obligations on the bilateral line, on the CSTO. Everything will be involved in the way it should be involved if needed’, he said.

Russian Foreign Minister Sergey Lavrov has said that Turkey confirmed its support for the tripartite ceasefire agreement reached in Moscow on Saturday.

According to him, Turkish Foreign Minister Mevlut Chavushoghlu confirmed his support during a phone conversation on Sunday.

‘Now it’s down to the small details. We need it to work in real life. This is what we are doing now’, he said at a joint press conference with Armenian Foreign Minister Zohrab Mnatsakanyan.

Talking about his meeting with Mnatsakanyan, Lavrov noted that they discussed ‘how to move on’.

‘It doesn’t mean that all the issues will be solved quickly and simultaneously. We understand that a process is necessary, but we consider it wrong to delay the resumption of the political negotiation process’, he said.

The Chief Prosecutor’s Office stated that Pegov is suspected of filming ‘numerous Armenian volunteers’ who arrived in Nagorno-Karabakh and interviewing members of Nagorno-Karabakh’s government.

They accused him of calling on Russian citizens to ‘come to the war zone in order to provide assistance to the Republic of Armenia’ and of ‘calling for the violation of the territorial integrity of our country’ through his videos and reports.

Armenian Foreign Minister Zohrab Mnatsakanyan has called for a ‘verification mechanism’ to be implemented to observe the ceasefire agreement, TASS reports.

Since the ceasefire agreement was reached on 10 October, fighting has continued. Both sides have accused the other of violating the ceasefire.

Both sides have reported that fighting around the city of Hadrut is continuing. 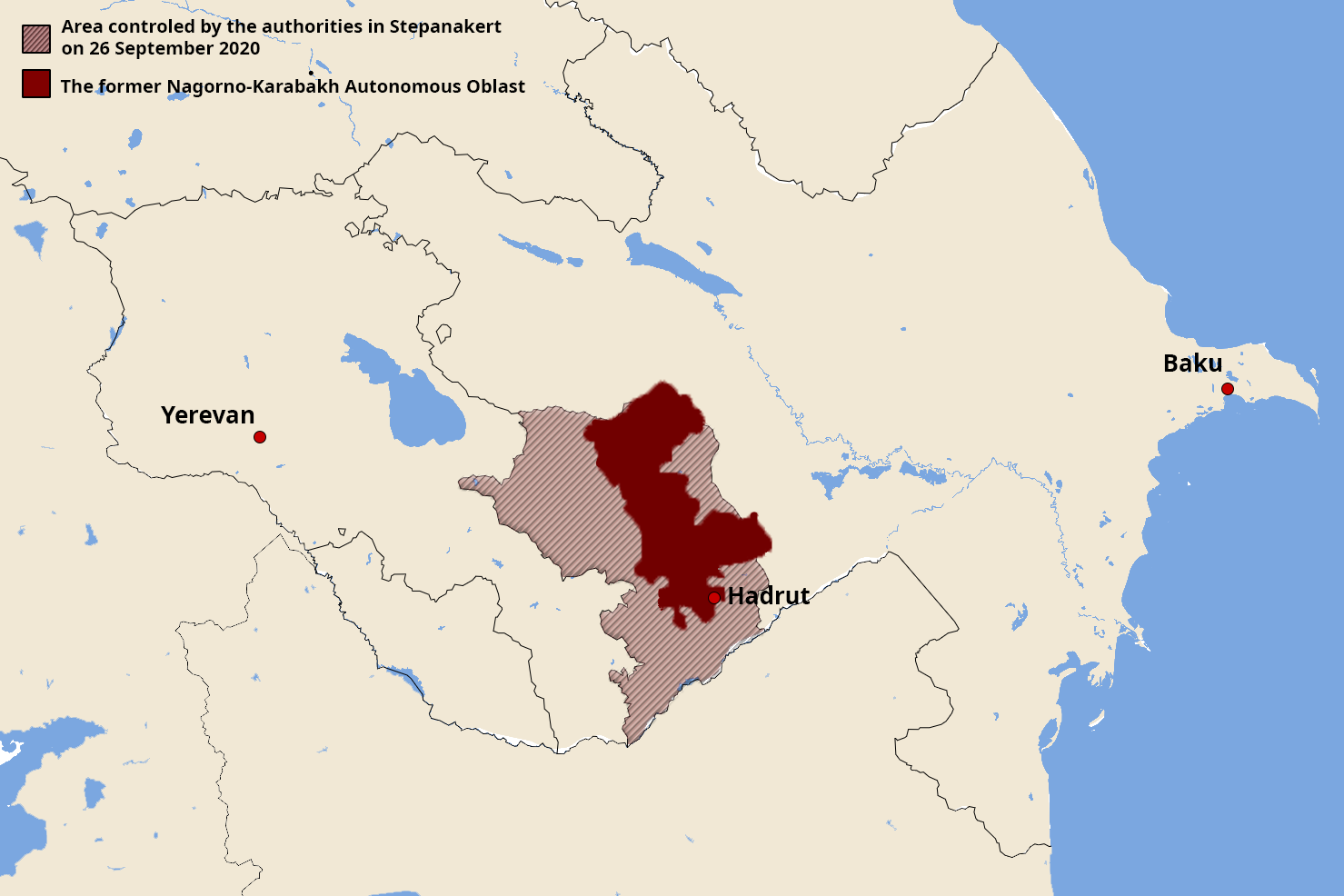 Vahram Pogosyan, Press Secretary of the President of Nagorno-Karabakh, wrote on Facebook that large-scale hostilities were continuing around the city.

‘The enemy, concentrating large forces in this direction, is trying to invade the city. The Defence Army is fighting for every inch of land’, he said.

Azerbaijan’s Ministry of Defence reported in the morning that several Armenian units had abandoned the city.

The Ministry of Defence of Nagorno-Karabakh denied the claim.

Artak Beglaryan, the Commissioner for Human Rights of Nagorno-Karabakh, has told Ria Novosti that five civilians have died and one has been injured since the beginning of the ceasefire agreement.

Ceasefire violations are continuing in and around Nagorno-Karabakh.

Artsrun Hovanisyan, a spokesperson for Armenian Ministry of Defence, wrote on Facebook that the situation on the frontline during the night was ‘relatively stable-tense’, saying that Azerbaijani army was shooting in the south part of Nagorno-Karabakh.

Azerbaijan reported the shelling of three districts of Azerbaijan close to the frontline — Goranboy, Tartar and Aghdam.