Fighting is continuing for the 37th day over Nagorno-Karabakh, despite three ceasefires being agreed.

Azerbaijan’s Ministry of Defence has reported that Armenian forces have been shelling villages in the Terter and Goranboy districts.

Meanwhile, the Armenian Ministry of Defence accused Azerbaijani forces of shelling the village of Davit Bek in Armenia, killing one civilian and wounding two more. 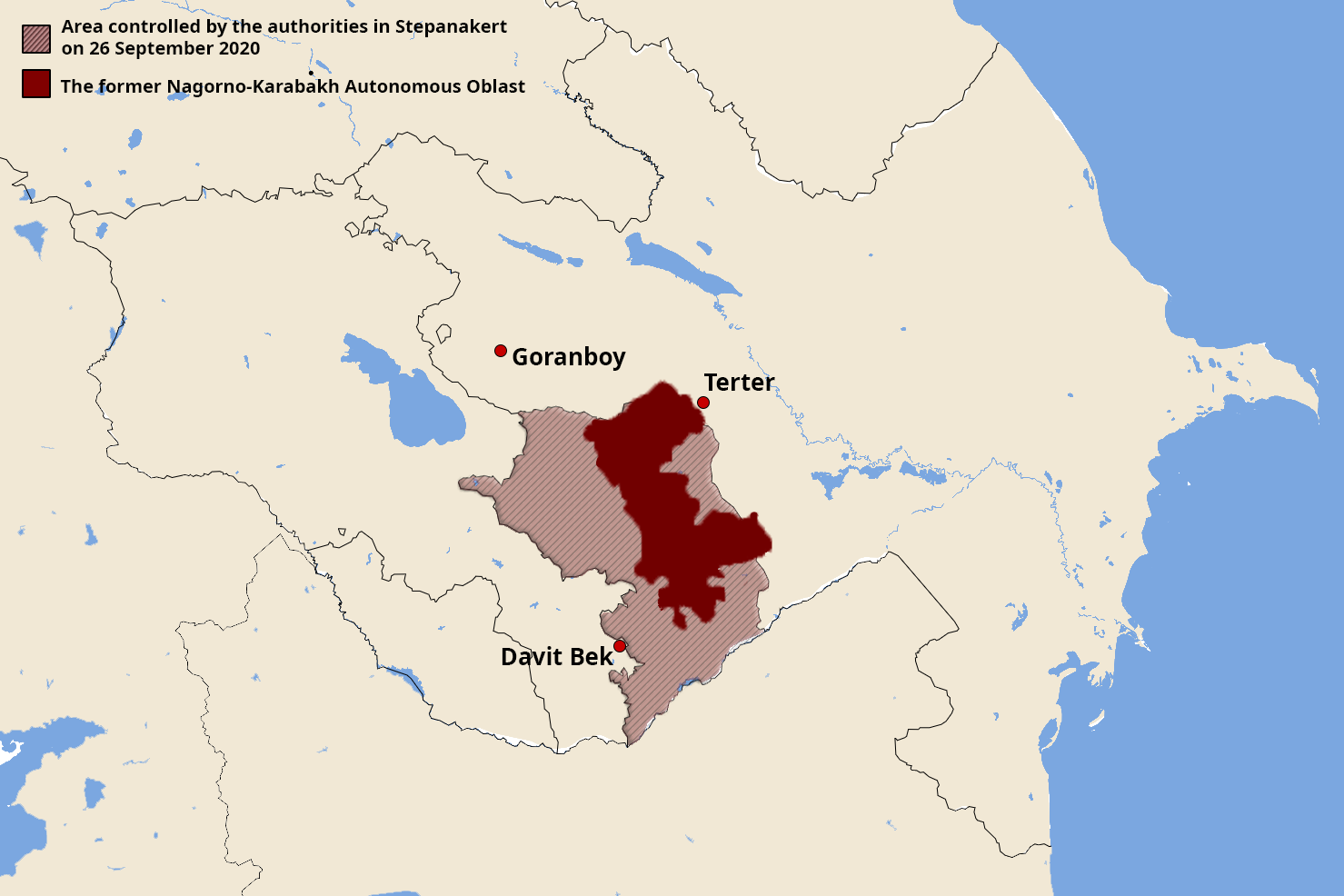 Almost 1,000 women and children from Nagorno-Karabakh gathered on Monday in front of the American Embassy in Yerevan calling for US recognition of Nagorno-Karabakh as an independent state. They also called on the US to sanction Turkey and Azerbaijan and send humanitarian assistance for those forced to flee the conflict.

Refugees displaced by the war have held a series of demonstrations in front of the US and UK embassies as well as the EU and UN missions in Armenia.

Azerbaijani political activist Amrah Tahmazov has been called to the State Security Service for questioning tomorrow. No reason was given for the summons but Tahmazov told OC Media it was likely related to his anti-war positions on social media.

He said he was sure that the State Security Office had received numerous complaints in regards to his posts, but that he did not believe he would be arrested.

Tahmazov is not the first Azerbaijani activist to be questioned for making anti-war statements.

Russian Deputy Foreign Minister Andrey Rudenko has said that any deployment of Scandinavian peacekeepers needed to be coordinated with the parties in the conflict.

US National Security Advisor Robert O’Brien previously said that the US was working with Scandinavian governments on the idea.

‘It is necessary to ask the Americans where they got these proposals and ideas,’ TASS quoted Rudenko as saying. ‘All the necessary parameters of possible mechanisms must be agreed upon in consultation with the parties to the conflict.’

The spokesperson for Nagorno-Karabakh president Arayik Harutyunyan has denied that Harutyunyan was killed yesterday.

Armenian photojournalist David Ghahramanyan also posted a photo with Harutyunyan which he said was taken an hour earlier.

Turkish media reported yesterday that Harutyunyan was in a convoy struck by drone fire.

Both sides have reported that fighting continued overnight along the entire front.

Both sides also reported shelling on the Armenian-Azerbaijani state border.

Azerbaijan reported that the Zangilan (Kovsakan) region came under attack.

Pashinyan confirms the city of Lachin to be handed to Azerbaijan